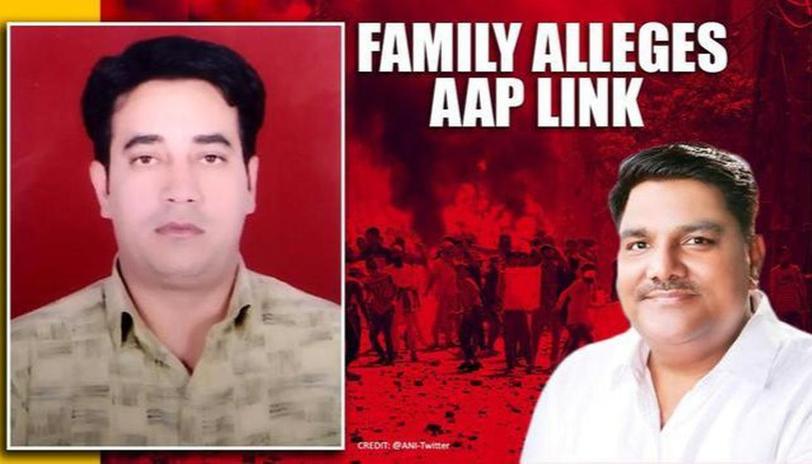 AAP Involved In Brutal Killing Of My Son: Ankit’s Father

When the left-liberal eco-system is making efforts to give Bhagwa color to Delhi violence by targeting BJP’s Kapil Mishra, it is suppressing a gruesome revelation against Aam Aadmi Party.

The father of deceased IB officer Ankit Sharma has blamed AAP for ISIS-type murder of his son. The name of AAP Councillor Tahir Hussain is reportedly cropping up in the murder. As per reports, the councillor’s goons had attacked Sharma and hacked to death.

This incident comes in the wake of head constable Ratan Lal’s murder during anti-CAA riots.

The fake news factory kingpin NDTV had reported that Lal had died of stone injuries, but autopsy report revealed that he died of bullet injuries.

Before killing and throwing Sharma’s body into a drain, he was dragged and attacked brutally. He was attacked when he was returning home situated in Chand Bagh.

His father, Ravinder Sharma, reportedly said his son was shot after the anti-CAA rioters had beaten him up mercilessly.

Sources speaking to Times Now said the brutal murder of Sharma was an act of revenge for his association with Narendra Modi government.

Ravinder, the deceased father, also had served as a head constable in the Intelligence Bureau. His son had joined the services in 2017. Presently, he was rendering his duty as security assistant.