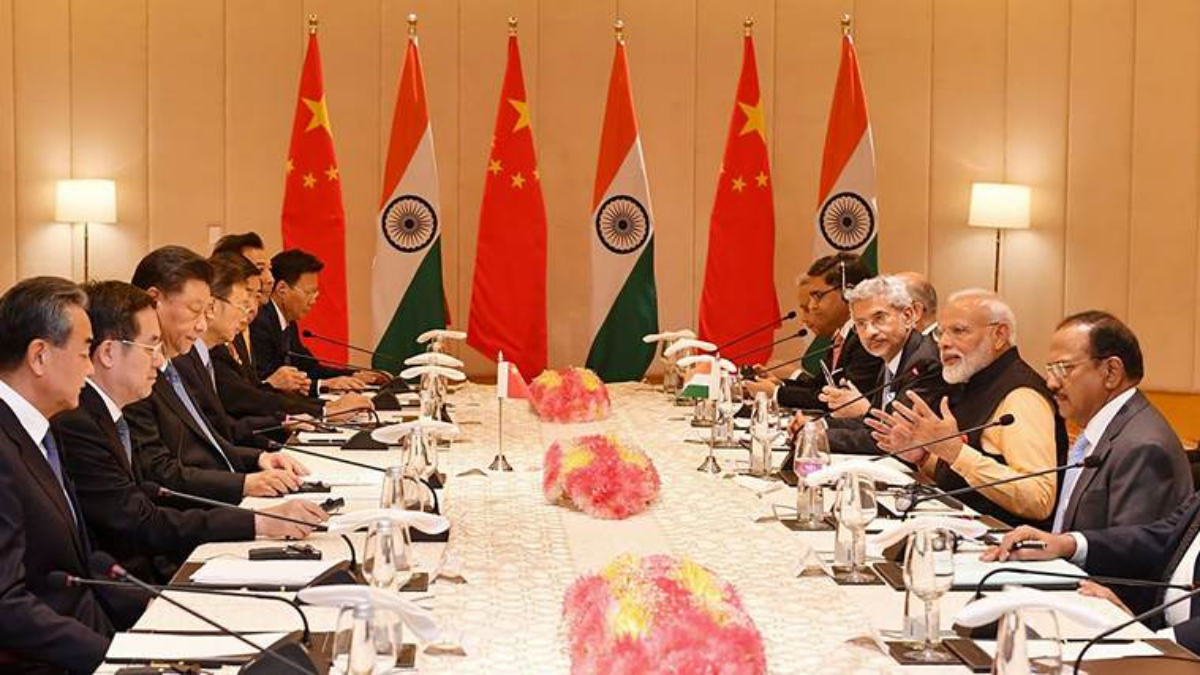 The Changing Dynamics Of India-China Relations

The more one tries to appease the Dragon, the more powerful it feels it is.

At this time, when the whole world is looking at China with suspicion and contempt, India has shown some gumption of revising its China policy. It could do this because of its emergence as a leading country in terms of economic growth, political clout and military power. Today, China cannot be sure of having an upper hand over India in case of a military clash as it did in the bloody 1960s.

So long as China bullies India, and as long as India flaunts an appeasement card, there will always be saber-rattling by China.

China, since the 1950s, has been laying claims on Ladakh and Arunachal Pradesh after it had usurped Tibet. The best available option for India to have no security threat from China is to support the independence of Tibet.

Recently, India conducted a highly publicised official funeral in Leh and accorded a 21-gun salute to the Special Frontier Front soldier Nyima Tenzin, who died in Pangong Tso lake ridgeline clash. He died after he had stepped on a mine left behind in 1962 war.

The presence of senior BJP leader Ram Madhav at Tenzin’s cremation has sent a very galling message to China, which is very sensitive about issues, revolving around Tibet, Buddhism and Dalai Lama. It fears the successful SFF operation could embolden Tibetans to unite and resist the PLA in their homeland.

Prior to this, Indian Army gave a fitting reply to the PLA men at Galwan Valley. They killed more than 60 Chinese soldiers. The casualties forced China to withdraw its troops from no-man’s land along the Line of Actual Control. This showed the prowess of India’s military to the world, which made them believe that India is in a position to take on China single-handedly in future border disputes.

India also took a slew of stringent economic measures restricting Chinese investments into it, including a ban on 59 Chinese apps such as TikTok, WeChat and CamScanner.

Earlier, in April, India had issued an FDI notification stipulating heightened scrutiny for all inbound investments from neighbouring countries including China, with the objective of protecting its economy during the ongoing coronavirus pandemic.

Security is an important dimension of India’s “Act East Policy” in the context of growing Chinese assertiveness in the Indian Ocean, through its string of pearls and China-Pakistan Economic Corridor cutting across PoK.

Just like China showed its assertiveness in the Indian Ocean, Modi countered with increasing engagement of India in South China Sea with Quad and ASEAN countries. India signed trade and security deals with Vietnam, Singapore and Indonesia.

Post-Galwan, India on the sly deployed its frontline warships in South China Sea and Malacca Straits, in a bid to block PLA Navy’s misadventures and crucial Malacca Straits.

Malacca Straits is a very important sea route for China as 80 percent of its trade depends on it, which is very near to India’s naval base in Andaman and Nicobar islands.

Judging by the way India has taken measures amidst rising feelings of distrust of China internationally and confidence in its economic and military prowess, nobody would be surprised if it has taken bold decisions to wallop the dragon red.