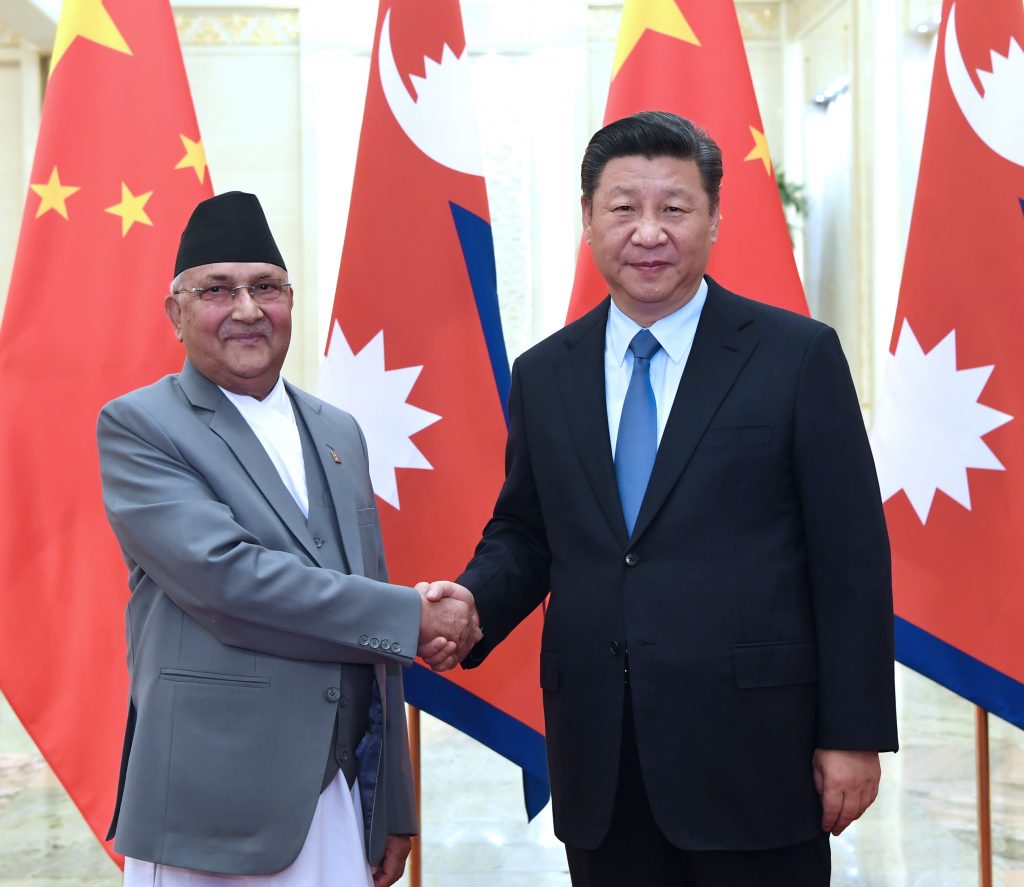 China is leaving no stone unturned in influencing Nepal by hook or by crook, as they say. It’s unleashing its brand of communist ideology on Nepal in full fervour. The teaching of Mandarin language has now become mandatory in most of the schools in Nepal.

Nepalese Communist Party members also recently had a virtual meeting with their Chinese counterparts to apparently get an insight into the workings of the Chinese Communist Party. But the real intention of such meetings, say critics, is to indoctrinate Nepali leaders and intelligentsia into the Chinese way of thinking and introduce them to Xi Jinping thought.

Chinese Ambassador to Nepal Hou Yanqi is the architect behind most of these developments. She had separate meetings with a number of leaders of the ruling communist party a couple of days back, a move that was criticized widely even within Nepal. The purpose of those meetings was to pacify the rising wave of dissent within the party against K.P. Oli’s leadership.

And even though Nepal has vehemently blamed Indian media for presenting their Prime Minister in an inappropriate life by talking about Hou Yanqi’s influence over him, it’s clearly not just the Indian media which has been talking about the Chinese ambassador’s growing interference in Nepal’s internal affairs. The world media has also covered this. And there has been a lot of criticism specifically against her meetings with the communist party leaders. That she overstepped the prerogatives of an ambassador by doing so is not just what India says but the whole world says.

Nepal has also been recently warned by one of the leaders of the exiled Tibetan leadership in India. Lobsang Sangay, President of the Central Tibetan Administration warned Nepal recently that China is on its way to making Nepal another Tibet. He said that China was making use of its elite co-optation strategy in Nepal. This is China’s classic strategy, he said, when it wants to conquer a country. Under this strategy, China influences or rather buys major elites of a country, starting with the top political leadership and then slowly moves towards occupation of that country. And when it’s in the process of occupying that country, then elites there get divided into two camps, pro China and anti China, that is.

Right now, whatever China says is music to the ears of Nepal. India has also somewhat neglected Nepal which is one of the reasons behind Nepal’s increasing tilt towards China. India needs to now redefine the contours of its relationship with Nepal. It needs to engage with Nepal much widely on issues like infrastructure development. Analysts say that it’s high time India stops behaving like Nepal’s elder brother and engages with Nepal on a somewhat different footing. An improved relation between India and Nepal will keep a check on China and is thus a pre-requisite for maintaining peace and stability in the entire subcontinent.