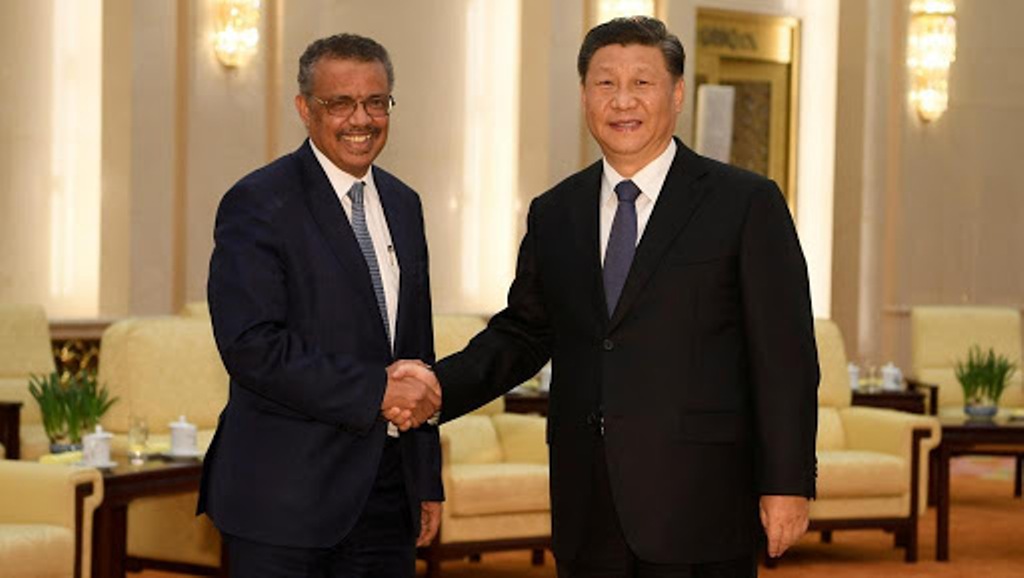 How two Communist leaders can destroy the whole world, probably could be found in the way the Chinese virus was handled by China’s Xi Jinping and Tedros Adhanom Ghebreyesus, a member of Tigray People’s Liberation Front in Ethiopia.

TPLF, under the barrel of gun, has been able to silence Ethiopians with help of Western donors and China by playing pretexts of as major partner on fighting extreme Islamists in the Horn of Africa. It also does not give space to the private sector. It has firm grip over strategic sectors.

Health experts across the world have blamed Jinping and Tedros for concealing the severity of the outbreak.

In December, Taiwan had brought to the notice of WHO led by Tedros about the human-to-human transmission in China, but ignored it because Beijing forbids WHO from recognizing Taiwan as a member in its own right.

The Chinese health authorities, however, had confirmed human-to-human virus transmission on January 20.

“While the [WHO] provides a platform for all countries to share information on the epidemic and their response, none of the information shared by our country’s [Centers for Disease Control] is being put up there,” reported Financial Times quoting Taiwan’s Vice President Chen Chien-jen.

Chen is an epidemiologist who was Taiwan’s health minister during the 2002-2003 SARS outbreak.

It is alleged that the Chinese authorities, in December, had ordered Wuhan’s genomics laboratories to hand over or destroy the samples and not release their findings, after the lab had sequenced and discovered the virus.

In fact, Caixin Global, a respected independent publication, had reported about it.

Moreover, the Chinese regime punished doctors who tried to warn the public about the virus in its early stages. A Chinese real estate mogul who criticised his government’s response has since gone missing.

Also, Wuhan officials “deliberately” hid the information from visiting health team from Beijing on January 8 about local medical staff already getting infected by patients to keep its contagiousness under wraps.

The city then celebrated its lunar new year on January, which was thronged by thousands of families, who were uninformed about transmissibility of the virus in humans.

WHO declared the virus a pandemic only on March 11.

He is the same who had come under fire in 2017 over his handling of cholera epidemics in Ethiopia and Sudan.

Health experts had accused him of failing to properly classify outbreaks of the disease in order to avoid embarrassing both the countries. Instead of classifying the outbreak as cholera, he classified it as acute watery diarrhea.

Now, Tedros has been defending the Chinese government’s response to an outbreak in November 2019. He is praising China’s “transparency” and held the country as a model response, even though the communist regime covered and then concealed the severity of the outbreak.

Cong & Others Did Not Even Spare Bhagwan Ram!