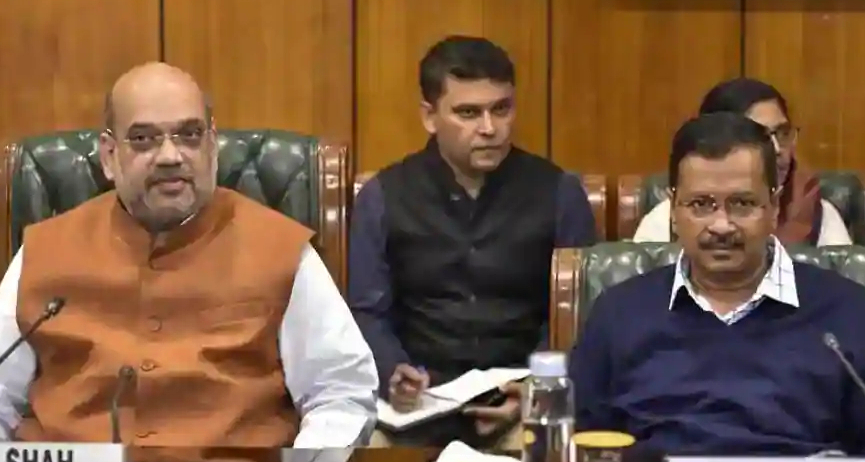 After the public flogging on social media, Delhi Chief Minister Arvind Kejriwal was taken to task by the central government for the exodus of migrant workers from Delhi amid Covid-Lockdown.

This comes in the wake of AAP government’s inhuman efforts to shift the migrant workers from Delhi to neighboring states by spreading rumors.

Many media reports suggested that rumors were spread by AAP men by way of loudspeaker announcements, coxing them to use the DTDC buses, which would ply them to Uttar Pradesh borders, from where UP Chief Minister Yogi Adityanath had arranged buses for them to reach their respective destinations.

The centre also lambasted the Kejriwal government for failing to provide basic facilities like food.

Swinging into action, the Ministry of Home Affairs took disciplinary action against four bureaucrats in Delhi for failing to ensure the lockdown.

In a letter written to Kejriwal, Lieutenant Governor Anil Baijal questioned AAP government plying DTDC buses to ferry migrant workers to Uttar Pradesh borders, during the lockdown, when he had all the powers to effectively implement it.

He also asked the government to convince the migrant workers to shift themselves to government-run shelter homes, where they would be provided with food also.

Baijal’s letter to Kejriwal conveyed Shah’s displeasure at his government’s failure to provide basic facilities and reassurance to the migrant workers that their needs would be taken care of.

On the issue of those migrant workers who have travelled to other states, the central government asked the local administrations to keep them under 14-day quarantine in government facilities.

On March 29, the central government had directed the state governments and union territories to seal their borders in order to restrict the movement of migrant workers.

The central government had ordered movement of goods and essential supplies.

Cow cuddling getting popular across the world!