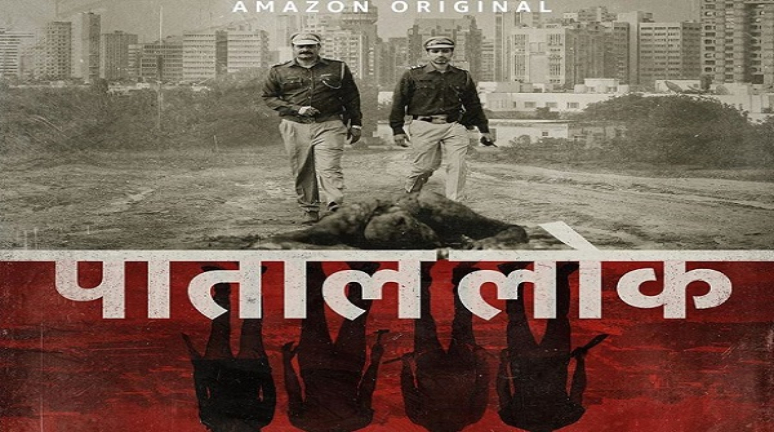 Since the BJP assumed office in 2014, the left-liberal cabal launched loud protests, award wapasi and viriolic attacks on Hindu Right, but to no avail.

The BJP returned to power with a thumping majority in 2019 on its own, leaving the cabal gasping at the verdict given by people of the country.

Since 2019, the eco-system has been active in attacking the Hindu Right government led by Prime Minister Narendra Modi.

First they launched a campaign against the government for not addressing the depleting consumer sentiments in the automobile industry.

This failed, because the buyers were least interested in buying vehicles in the light of unveiling of BS-VI complaint vehicles. In fact, people knew the ‘narrative of greed’ of the Lutyens patrakaars’ pitch for auto industry captains, who were worried about the obsolete BS-IV complaint vehicles lying idle in their shacks.

They then, raised hue and cry over the passage of Citizens Amendment Act, labeling it as anti-Muslim, which in reality was nothing to do with them. In fact, it is a law that gives rights to persecuted Hindus, who came to India as refugees from Pakistan.

They succeeded in inciting Muslims against the law by holding Shaheen Bagh protest in Delhi. Ultimately, it ended in 53 people losing life in a well-orchestrated Delhi riots.

However, Shaheen Bagh failed to fulfill their goal of withdrawing CAA by pressurizing the government and later the protest was called off.

This is nothing, but the story of Hindu Right resurgence lock, stock and barrel.

Feeling defeated by the pro-saffron wave, the smarter lot in the film industry of the likes of Anurag Kashyap chose the better way to serve the masses their Hinduphobic agenda, using the popular media, where nothing forbids them to bombard viewers with pro-leftist propaganda.

The “Family Man” depicted Manoj Bajpai as an Indian army officer admitting to atrocities committed on innocent Kashmiris under the provisions of the
Armed Forces Special Powers Act.

It also depicted Muslims as victimised and innocent community, who are ‘falsely’ implicated as terrorists and harassed by by policemen.

The web series also propagated the falsity of a Muslim character who is against abrogation of Article 370 in the Indian state of Jammu & Kashmir.

It also insulted Sikh sentiments when Saif Ali Khan, who plays a Sikh character throws his Kadaa, which is one of the religious symbols revered by Sikhs.

And, Ghoul portrayed India as a nation “terrorizing” minorities and snatching away their rights.

Paatal Lok is the latest salvo fired by the left cabal at the Hindu majority. The series tries to create differences among different castes in India, like the Jats of Punjab, Brahmins and Tyagis. The web series also depicts certain castes lower in Indian society, which has all the potential to cause a stir among people.

It also tries to malign BJP’s image and create a terror-free image of Pakistan, which insults India in the world’s eyes.

The left’s propaganda becomes even more sharper when it deals with religion. Paatal Lok depicts idol worshiping Hindu policemen of having parochial mindset who doubt a Muslim character’s professionalism.

The web series shows a Muslim policeman very progressive, who readily extends his hands to accept the prasad, but is denied by one who is offering it.

The main protagonist, a Hindu cop played by Jaideep Ahlawat, yells at a Muslim accused, calling him Katua, but is depicted as regretting the spoken word, just because a Muslim cop is standing behind him.

The series also depicts a Hindu woman showing her disgust at a Muslim traveler in a train, when she opens her tiffin.

She is shown throwing tantrums at her before the train arrives at a station where saffron-clas youth are chanting Jai Shri Ram.

In the next frame, a Muslim man is lynched for suspicion of having beef in the tiffin.

So, Paatal Lok is streaming this blatant piece of fake news. So what’s next? How to stop such blatant lies on e-platforms?

In a survey, it was found that as many as 57 per cent of the people in India wanted regulation of Over-The-Top (OTT) platforms like Netflix, Amazon Prime Video and others.

However, the central government relented to the self-regulation proposal of the OTT players as it felt the platform benefits small-scale content producers and artists.

But, the OTT players are unable to produce content within the existing legal framework of the country. They are blatantly violating laws such as the Indian Penal Code, which prohibits anti- national content and IT Act, which punishes people publishing or transmitting obscene and sexually explicit contents.

Therefore, the government must put their act together and curb the content, which they are transmitting, which is also causing a great damage to the ruling party’s prospects.

Moreover, the government cannot turn a blind eye over the highly casteist and communal content that divides the society and damages the image of the Hindu majority in the eyes of the world.

What Other Countries Are Doing?

Why shouldn’t the Indian government impose restrictions as nations like Singapore, Saudi Arabia, China and Indonesia do.

Saudi Arabia is a highly censored market. It pulled out an episode of the comedy show “Patriot Act” starring Hasan Minhaj, under the provisions of anti-cybercrime laws. Minhaj was critical of Crown Prince Mohammed bin Salman over the murder of journalist Jamal Khashoggi.

China has banned Netflix and Amazon Prime Video, but local sites like Tencent Video, Youku and iQIYI, are allowed to transmit their content. Their content, however, is regulated by the National Radio and Television Administration.

Indonesia as well has blocked Netflix since 2016, after it violated the country’s regulations.

It would be better for BJP government to send a strong message of banning OTT players, because it could force them to adhere to the existing laws, if not lose a very promising Indian market.

“They want us, not we want them” should be the adage India must follow.