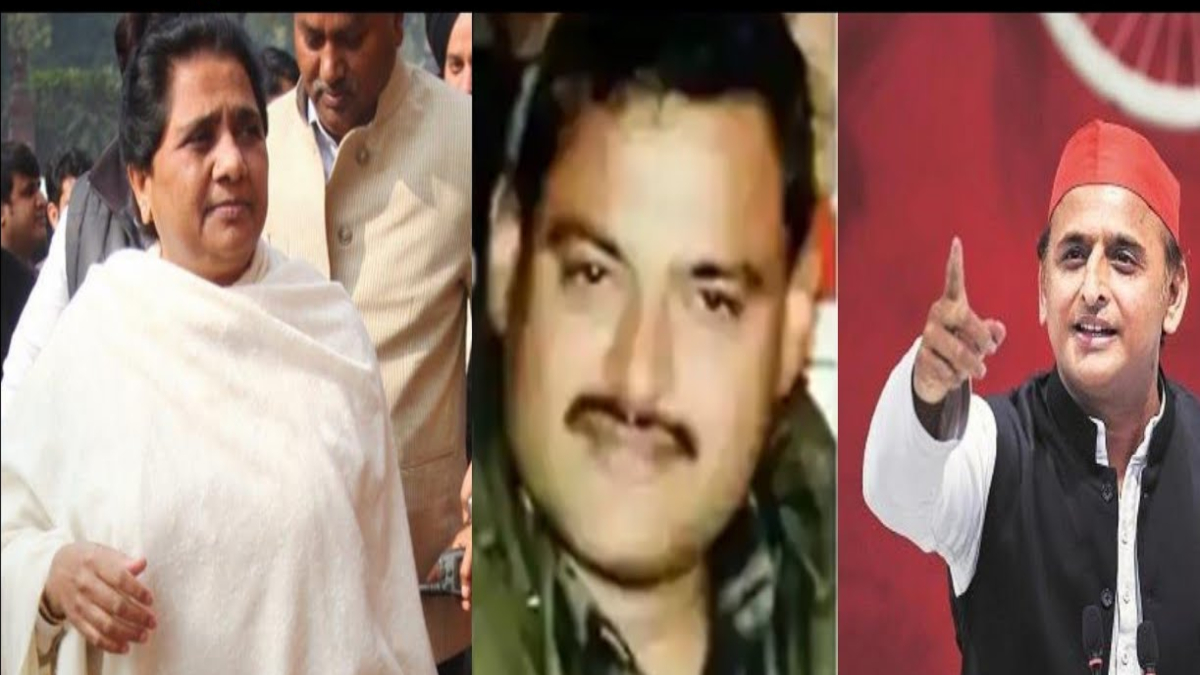 Do BSP, SP Have Any Right To Question Yogi On Vikas Dubey Encounter?

Hours after news of Vikas Dubey’s encounter surfaced on Friday morning, the entire eco-system started to ask questions on the gangster’s killing.

“In reality, the car did not overturn. The government has been saved from being overturned because of secrets,” tweeted former UP Chief Minister Akhilesh Yadav.

MP Sharad Yadav called Dubey’s encounter fake and Yogi Adityanath’s government did this to cover up the nexus between politicians and him.

“Vikas Dubey’s is a fake encounter. Was executed in flimsy manner. This man could have revealed big secrets on people who patronised him. Those who protected him also are to be blamed. The nation has right to know about it,” he tweeted.

Former UP Chief Minister Mayawati demanded a Supreme Court-monitored probe. “There should be an unbiased probe under the supervision of the Supreme Court into the killing of policemen in Kanpur and the encounter of main accused Vikas Dubey while he was trying to flee when the police vehicle overturned,” Mayawati said.

Congress General Secretary Priyanka Gandhi Vadra criticised the Yogi government over the encounter and questioned what will happen to those who gave patronage in this case. “The culprit has been killed but what about crime and people who gave patronage?” she tweeted.

Do these leaders are really concerned about the human rights of the slain Dubey?

In fact, Dubey flourished and became a crucial player in Kanpur politics in 1996 during Mayawati’s tenure. By 2000, he became a dreaded don. He shot dead Sidheshwar Pandey, the principal of the Tara Chand Inter College in Shivli town, over a land dispute.

The following year, he murdered senior BJP leader Santosh Shukla, inside the Shivli police station, when Rajnath Singh was UP Chief Minister. There was no looking back after this as Dubey amassed wealth and built a solid network of moles and aides.

Mayawati also patronised Mukhtar Ansari. In fact, he had started his career with BSP and has over 40 criminal cases lodged against him, including murder and kidnapping. He was the prime accused in the 2005 murder of BJP legislator Krishnanand Rai, but was acquitted in July 2019 by a CBI court. However, he remains in jail in other cases.

Amarmani Tripathi, a former UP Minister, was fielded as BSP candidate in 2002 assembly elections and appointed him a minister by Mayawati, even after he was arrested and put behind bars for murdering poetess Madhumita Shukla.

The eco-system may argue that Tripathi was also in BJP and was a minister in the BJP government, but Rajnath Singh had dismissed him after his name figured in the kidnapping of Rahul Madesia, in contrast to Mayawati giving him with a ticket to contest election.

Tripathi was also with Congress and had left the party with 18 MLAs to support Kalyan Singh-led BJP government.

Can anyone forget the outrageous remarks of Samajwadi Party Chief Mulayam Singh Yadav, father of Akhilesh Yadav, on rapists?

He had called Nirbhaya rapists boys. “The death penalty in rape cases was “unfair” as boys make mistakes,” he said.

This speaks volumes of the mindset of Mulayam Singh Yadav and Samajwadi Party. In 2003, he also had dropped charges of kidnapping foisted upon Raja Bhaiya, who was jailed in 2002 under the Prevention of Terrorism Act (POTA) during Mayawati’s regime.

Bhaiya has several criminal cases, including attempt to murder, abduction, corruption and dacoity, against him. He had also served in in Akhilesh Yadav’s government in 2012. He also was inducted in BJP’s Kalyan Singh government in 1997, Ram Prakash Gupta and Rajnath Singh cabinets in 1999 and 2000.

Mulayam Singh Yadav also gave ticket to Ateeq Ahmed, who had started his criminal career in 1979 and ran a gang eastern Uttar Pradesh. He has won five MLA elections from Allahabad West and once from Phulpur from Lok Sabha constiuency in 2004.

Tejashvi Yadav’s father Lalu Yadav had brought dreaded Don Shahabuddin into politics as a member of Janata Dal’s youth wing. He contested on Janata Dal ticket in 1990 and 1995 Bihar Assembly elections and won. He enjoyed more power after winning the 1996 Lok Sabha elections and RJD coming to power in 1997.

Like Dubey, Shahabuddin used to thrash and shoot at the police. In the Manoj Kumar Pappu episode, he had killed both Bihar and Uttar Pradesh policemen in a shootout. At present, he is languishing in Tihar jail.

Tejashvi Yadav should be guilty of using posters of Shahabuddin, despite having been convicted on charges of murder, a year before Bihar assembly elections.

These are some of the names in the last list of dreaded dons whose stature grew during BSP, SP and RJD rules in UP and Bihar, respectively.

So, do these leaders have any right to lecture Yogi government, which has taken up the task of putting an end to the criminal-politician nexus?