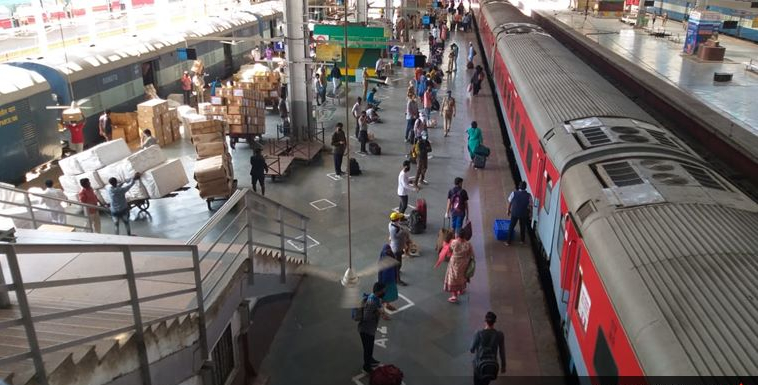 It is quite unbelievable that just one picture of distressed migrants boarding a truck is circulated by many belonging to anti-India brigade on Twitter to show the problems they are facing due to Covid lockdown.

In a population of 130 crore in India, just one picture is being circulated so widely, instead there should have been at least hundreds or thousands or 2 crore such pictures circulated on social media, if the migrant workers’ problems are of that big dimension.

The truth of these motley pictures are – they are coming from states ruled by Congress and Trinamool Congress Party.

The migrant workers in these states are deliberately not being provided with ration, so that they are compelled to ply due to hunger. The truth is, 99 per cent of the migrant workers don’t go home for years, because if they go even on 15 days leave, it upsets their survival chain.

Moreover, the opposition ruled states are not asking for adequate trains from the Railways Ministry to transport migrant workers, desirous of going back to their home states.

Targeting West Bengal government, Goyal said he has been given estimates that around 30-50 lakh migrant workers from the state living across India want to go home, but the state is tardy in seeking trains to bring back its stranded people.

Till today, West Bengal had only seven trains planned, whereas it needs 100 trains every day for the next 15 to 20 days for every migrant laborer to reach their homes and meet their families.

The rate at which Bengal was planning the trains, only 5-7 per cent of the migrants would be able to reach home by trains.

If only 100 trains are run over 30 days, only 5-7 per cent people will get the benefit of these trains and rest may face much hardship. They may try to walk on the roads, walk along the tracks, go by trucks, cycle, buses, and sometimes meet with accidents.

As per West Bengal government’s official figures, more than 2.5 lakh migrant workers had applied to return to the state.

Railways ran close to 1,000 Shramik Specials till May 14, transporting over 10 lakh stranded migrants.

Above all this, the anti-people Lutyens gang is reporting the problems of the migrant workers extensively, but hiding the names of the states, where the problems are taking place, so that they can attack Prime Minister Narendra Modi.

On the contrary, the eco-system should be hitting hard those non-BJP ruled states, which are not providing ration to migrant laborers and arranging trains for those wanting to go back home.

They are also not asking these states to furnish the expenses of the central package meant for migrant laborers to give them ration and other benefits.

This is calumny on the part of the Lutyens gang, who wants to blame someone whom they hate and give credit to those who don’t deserve.

Countrymen, it is time to expose these sinister people, who are dreaming to grab power by hook and crook, by running a fake campaign.

The latest campaigns of these anti-people system are “FIR Jihad and Migrants’ Jihad.” Shred these campaigns to pieces.

Why BJP find it difficult to win in Kerala. Apart from Hindus being only 49% of the state’s population. An analysis below!

Role Of Women In Transforming The World!

The Significance Of Modi’s Rally At Brigade Parade Ground