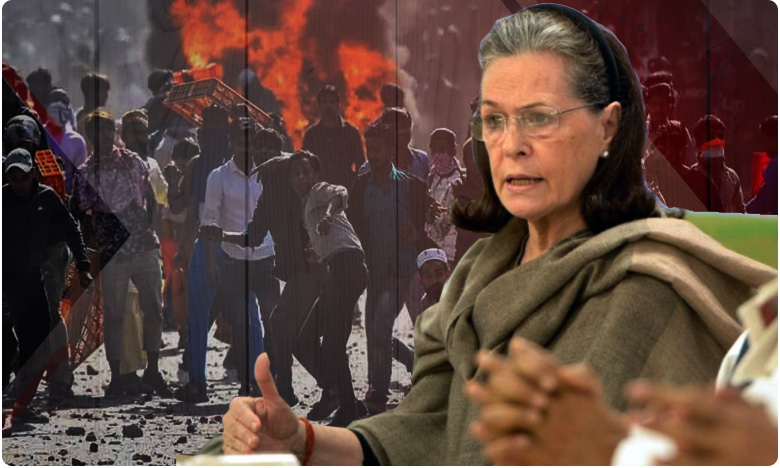 Who is responsible for it? Of course, the central government is responsible, but you, Mr Arvind Kejriwal. You are also responsible. You just cannot give an excuse of police not being under your control and let your leaders like Tahir Hussain to go on a killing spree. You have many other responsibilities as the chief minister of the capital city of India.

You are answerable for the situation going from bad to worse.

Kejriwal ji, you must be ashamed of the Delhi riots, and if you feel you cannot handle the situation, you step down and give the mantle to a party, which knows the art of running a government much better than any other party.

As far as Sonia Gandhi’s plea for Amit Shah’s resignation, it could have been valid if he had used an iron hand to clear Shaheen Bagh protests, but he did not, because innocent Muslim women and children were protesting.

One must remid Sonia Gandhi, how her “illegitimate” government had cleared protests at Ramlila Maidan by Yoga Guru Baba Ramdev, who was seeking immediate action to bring back black money in foreign tax havens. In a midnight drama, her government had ordered police action against Baba Ramdev.

The police descended at the protest venue and cleared all the remnants of Baba Ramdev’s support by evicting his followers amidst resistance. The police had almost killed Baba Ramdev. This was a clear case of demanding the resignation of PM Manmohan Sigh and Union Minister Kapil Sibal.

Before you push for anything, Madam Soniaji, please look at yourself and your government. That act absolutely was not an act of Rajdharm.

Soniaji, please watch your videos. What are you saying? What do you mean by aar ya paar? What is the purpose of using the words like “kayar” and “qatil”? Why were you silent when Waris Pathan, Sharjeel Imam, Akbaruddin Owaisi and others were making hate speeches? Why did you send Shashi Tharoor and Mani Shankar Aiyer to Shaheen Bagh? Wasn’t it their duty to clear the doubts of the protestors on CAA?

Your silence on these provocative speeches has cost 43 lives, both Muslims and Hindus died. You talk of resignation? You must be ashamed. First you incite people and then speak of peace and harmony.