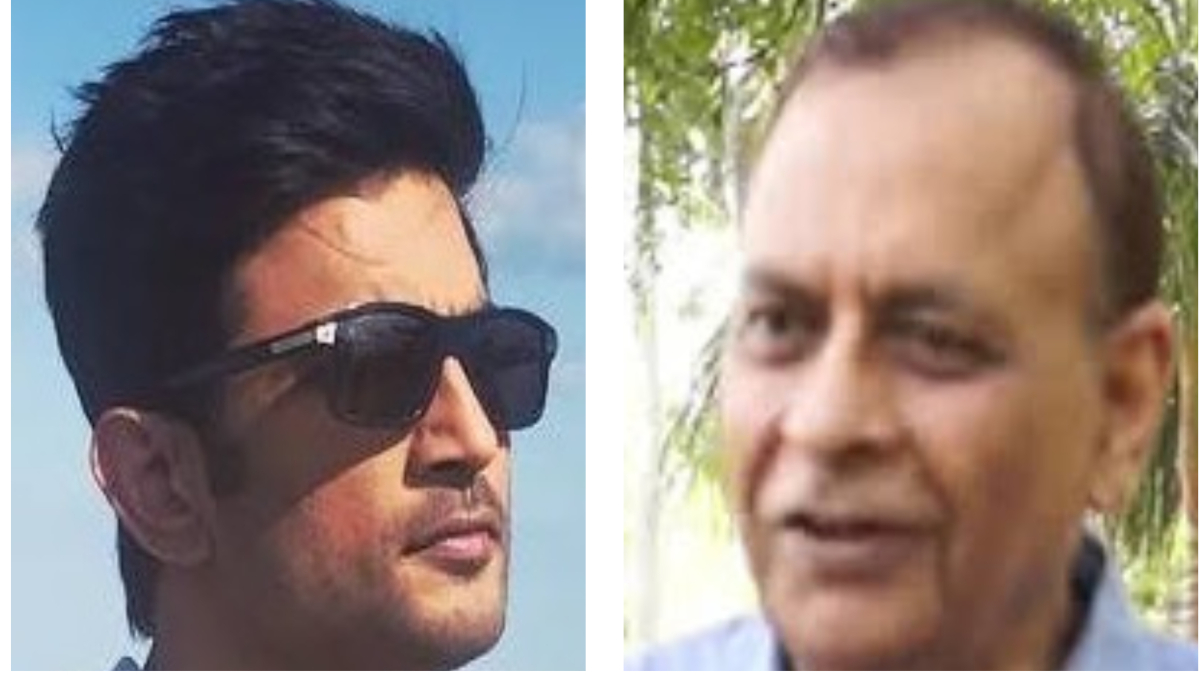 Nine Other Deaths? All Were Sushant’s Friends: Ex-RAW Officer Sood

In a sensational revelation, Ex-RAW Officer NK Sood has come out with a list of actors and people associated with Sushant Singh Rajput, who have died under mysterious circumstances or have gone missing in a month’s time.

Most striking revelation was five deaths or missing cases occurring on June 14 itself.

“They were friends and associates of Sushant. Already, the central agency is investigating Sushant and Disha’s cases, they should also probe into other deaths,” Sood said in a video posted on his Youtube account.

Pointing to media reports of two ambulances reaching Sushant’s house after his death, Sood said a minor girl, who was staying with Sushant in his house, was allegedly killed by the underworld.

“After Sushant’s death, many theories, claims and speculations were being floated almost every day. The media had reported about two ambulances reaching Sushant’s house after his death and two bodies being taken on a stretcher.”

“Later, pictures and videos emerged on social media claiming that the minor girl was murdered. There are some people who still believe Sushant had committed suicide. If he had, then why was the minor girl killed? Did she also commit suicide? Nobody is talking about it. However, I think the CBI knows about it and are looking into it,” he said.

Sood also suspects Manmeet’s death as murder, instead of suicide. He reportedly had hanged himself on May 15 night.

Sood also suspects Krish’s death. “I feel Krish also was killed by the mafia, instead of brain haemorrhage as reported by NDTV. His last film project was Jalebi, in which Rhea Chakarborty, the prime suspect in Sushant’s case, had acted. He also was associated with Mahesh Bhatt,” he said.

“Krish’s uncle Sunil Bhalla had claimed that the actor did not have any history of illness. CBI should also look into his death because NDTV has a bad reputation of spreading fake news,” he added.

On Anandi Dhawan going missing, Sood said she was Sushant’s teammate and stayed in his house. “Some chats have been leaked where Rhea, Siddharth Pithani, Aayush Das, Anandi, Showik Chakraborty and Samuel Miranda are discussing availability of doobies. It is also said that she allegedly had deleted all her social media accounts. The CBI should find out her whereabouts. She must have either been killed or hiding out of fear of the mafia,” he said.

Sood also urged the CBI to investigate co-founder and managing director of Qyuki Digital Media, Bangara’s death. He had died in a road accident on June 14 when his superbike collided with a truck near Haloli in Manor on the Mumbai Ahmedabad National Highway.

“He was fond of bikes and I suspect the underworld must have killed him. Most of the time gangsters show a murder as an accident,” he said.

He also pressed for a CBI enquiry into Steve Pinto’s death, who reportedly died in a car accident. He was a very special friend of Suhant. “After Disha’s death, Pinto had posted cryptic messages on social media which referred to Kolkata, mystery, prostitution and trafficking. In gestures, Steve indicated big Bollywood names. I would not name them here. One can find their names in his cryptic messages posted in some websites,” he said.

Sood also suspects TV actor and model Sameer’s death. He was found hanging from his kitchen ceiling at his house in Malad West on August 5. Police had registered a suicide case despite they did not recover any suicide note.

Sameer’s body was found hanging by the watchman of the society from the kitchen window and alerted the society members, who later called in the police. “Sameer had commented on Sushant’s death and I suspect that the underworld killed him too in the same way as Sushant was killed,” he said.

He hinted at a symbiotic relationship between NCP Chief Sharad Pawar and Dawood. He claimed Pawar, as Maharashtra Chief Minister, had allowed Dawood and other Mumbai bomb blasts accused to flee the country.

Though Dawood escaped from India, he continued his illegal activities through his henchmen. However, after the return of Pawar’s party to power, Mumbai city seems to have come under his grip altogether.

“This is reflected in the clumsy way in which Mumbai police have handled the Sushant’s case. They wanted to suppress the facts. However, their intentions were shattered by Supreme Court who ordered transfer of the case to CBI. This emboldened people to come forward to provide vital information to the investigating agency,” he said.

Even after over two decades of Gulshan Kumar’s assasination, the underworld still enjoys considerable access to Bollywood.

Actors, producers and distributors not only bow before offshore mafia based in Dubai and Karachi, but also help them get a hold in film business by tying up with production houses directly funded by fugitive gangsters.