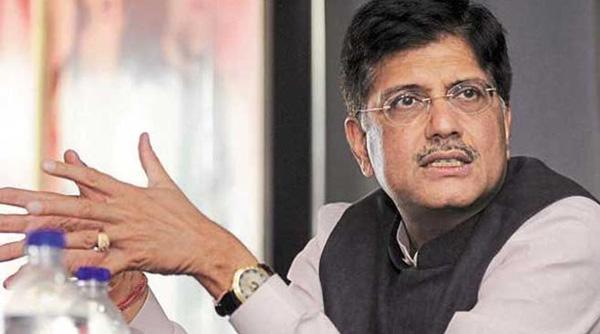 Piyush Goyal। ‘India lives in its villages’, Mahatma Gandhi had remarked at the dawn of the twentieth century. His words are equally important today. However, unfortunately, many decades had passed but basic amenities remained absent from our villages. It was a matter of great concern for us that lakhs of families did not even have a light bulb at home.

Then in 2014 came a change, when the country decided to elect a Prime Minister who had lived through and understood the trials of living in the darkness of underdevelopment. In 2015, Pradhan Sewak Shri Narendra Modi announced from the Red Fort that there will be an end to the energy injustice inflicted on about 18,500 villages where electricity had never reached, with the promise to provide electricity access to these villages within a thousand days. Feeling the anguish of the people who had been deprived of electricity for so long, we took a firm resolve that we will not only achieve the goal but also take India’s villages out of darkness before the deadline. The Deen Dayal Upadhyaya Gram Jyoti Yojana is named fittingly after our inspiration who gave us the concept of “Antyodaya”- which is to uplift the last man at the bottom of the pyramid.

India reached a major milestone in our electrification mission, as not a single village remains without access to electricity.

On April 28th this year, India reached a major milestone in our electrification mission, as not a single village remains without access to electricity. As all of us can trace our roots to our villages, citizens across the country shared in the happiness and the bright smiles of the people who finally entered the 21stcentury.

Electrifying these villages came with its own set of daunting challenges. These remaining un-electrified villages were in some of the remotest and most inaccessible parts of the country. Not only was it challenging for a person to travel there but it was also difficult to transport the equipment over. Our team of young engineers, called GVAs – Gram Vidyut Abhiyantas – took the responsibility of overcoming the hurdles of these tough terrains. Our teams navigated through rivers, marshes and deserts, including villages located in areas affected by left wing extremism, to carry equipment to villages situated atop mountains.

As I look back on our electrification mission, I feel grateful to have had the most dedicated teams working on this urgent task. Stereotypes of laggardness in government systems were proven wrong when we worked ahead of deadlines, brought complete transparency through apps, and kept a proactive approach and flexibility in our working as we took some people’s and media’s criticism in a positive light. When the issue of uninhabited villages came up, we incorporated these census villages into the system. In the spirit of cooperative federalism, we accepted data from States and increased the total number of villages to be electrified by an additional 1,200.

From lighting every village, now the last leg of the journey is to take electricity to every single home in the village, a task which we aim to achieve by December this year.

By putting every step of the electrification process online, we made the mission trackable in real time, and included the people in programme implementation. Through the GARV portal, people could communicate their complaints and also share in the pride of electricity reaching villages every day. Rural India, due to this increased access to electricity, has been awakening to a new dawn in the past three years. A new dawn that will erase the divide between rural and urban and bring a new era of equality and increased opportunities.

Electricity access is the crucial link that will accelerate all other simultaneous programmes like Digital India, Skill India, and Start-up India. From upgrading agriculture to boosting small-scale entrepreneurship, it will bring the light of education through internet access and skilling avenues. From lighting every village, now the last leg of the journey is to take electricity to every single home in the village, a task which we aim to achieve by December this year. Saubhagyawill be a gamechanger in this direction with a focus on every household, including those who are not poor enough to be classified as BPL but are not rich enough to afford to pay for the meter and connection charges.

The global community has been watching India’s march to universal energy access, as the World Bank recently praised India for providing electricity to about 85% of the population. An article by Betsy Mason on National Geographic credited the rural electrification programme and heavy investment in renewable energy for brightening up India dramatically.

This Government has been working to ensure a New India by 2022 under the vision of Prime Minister Modi. Electricity poles reaching Leisang in Manipur is a significant milestone in this direction. Now electricity reaching every home, in a time-bound and definite manner, does not seem to be just a possibility but a probability.

(Piyush Goyal is the Minister of Finance, Corporate Affairs, Railways and Coal in the Government of India.)