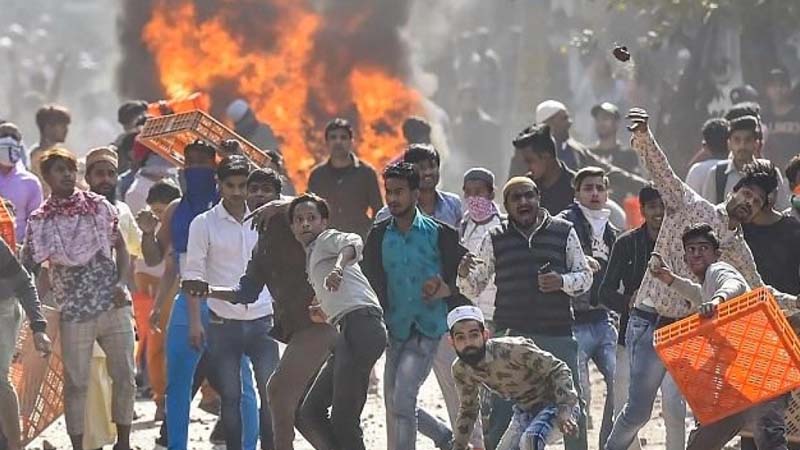 A fact-finding report by a Group of Intellectuals and Academicians (GIA) has claimed that the Delhi riots were neither a genocide nor a pogrom targeted at Muslims, putting anti-India and Lutyens media to shame.

The Lutyens media, with the help of its falsified network of left-liberal international media, painted Delhi riots as anti-Muslim pogrom, but the report dislodged their lies by saying that both Hindus and Muslims had suffered greatly.

The report said the riots were a tragic outcome of a planned and systematic radicalization of minorities by far Left-Urban Naxal network operating in universities in Delhi.

The report claimed that the riots also were result of log perod radicalisation of Muslims. “Around December 15, 2019, and two weeks after that, protest sites were established in all major areas with a concentration of Muslim population,” it said.

It also revealed cross-border links for inciting riots by pointing towards ISIS-type brutal killings. One of the infamous killings was that of Intelligence Bureau officer Ankit Sharma, who was stabbed more than four hundred times by multiple rioters in AAP Councilor Tahir Hussain’s house which had turned ito a riots’ factory.

“On February 24, violence spread to Bhajanpura, Shiv Vihar, Gokulpuri, Brijpuri, Brahmpuri, and surrounding areas. There was widespread evidence of mobs of women and men attacking Delhi Police, important public places like petrol pumps, and high-value properties belonging to the Hindus,” the report added.

The report also said the rioters were outsiders and not residents of their localities.

“We strongly recommend that given the intensity of the violence, investigations into the riots should be handed over to the National Investigation Agency. All incidents in Delhi from December 15, 2019, should be investigated,” it said.

The GIA is a group of professional women and entrepreneurs, mediapersons and academics, committed to social justice and nation-building.

BJP govt budgets have always given more to health than Congres Gov!

A Visionary Rahul Or Much Fancied Clown Prince?