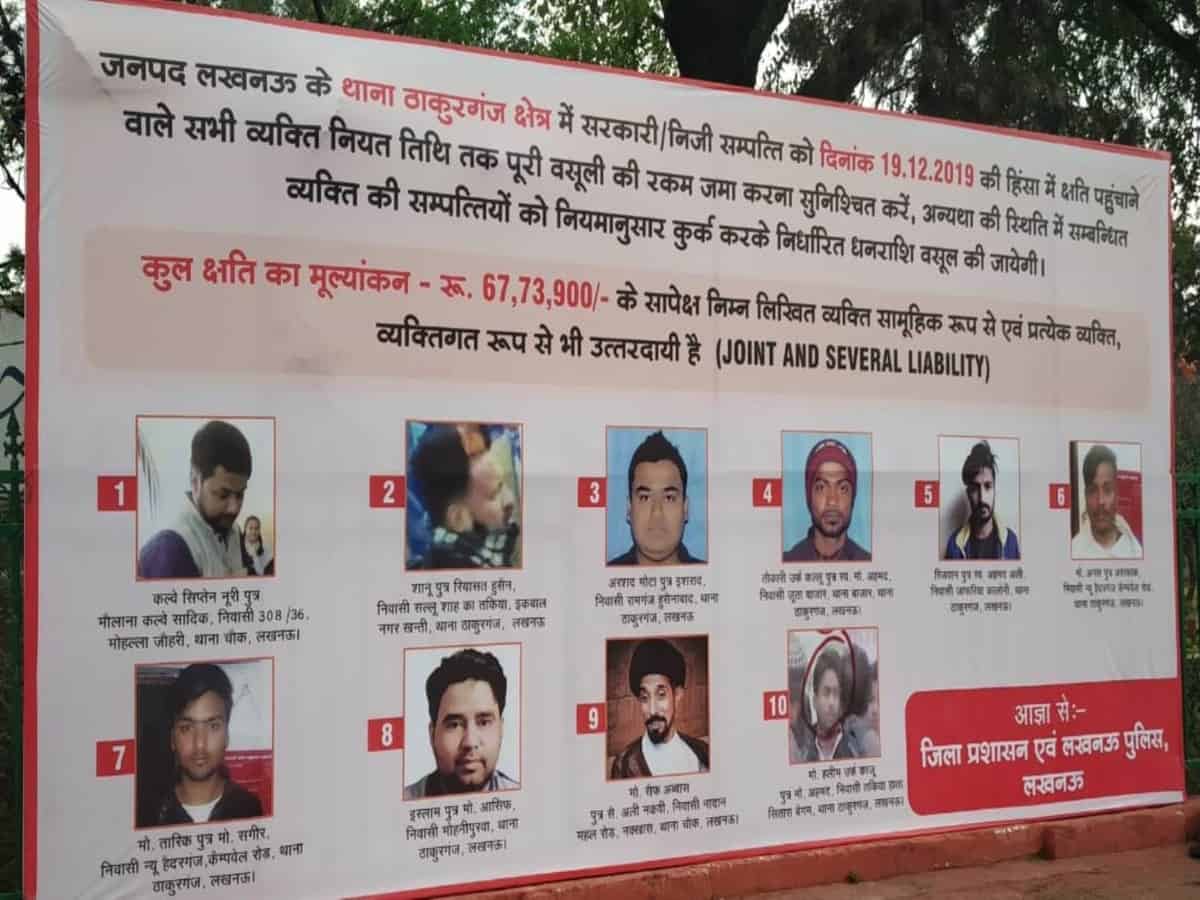 The main purpose of a government is to ensure safety and security of the people because it is of the people, by the people and for the people. And that’s what, Uttar Pradesh Chief Minister Yogi Adityanath’s government is doing its best, despite the judiciary creating roadblocks in its path.

The Allahabad High Court, on March 9, had ordered Yogi government to remove the hoardings carrying names, addresses and photographs of anti-CAA rioters, who were accused of damaging public property during anti-CAA violence, saying that there was no law backing its action.

The Supreme Court also said that Yogi’s action was not backed by law, though the matter was referred to a larger bench.

Yogi did not wait for the court’s verdict and quickly promulgated an ordinance – Uttar Pradesh Recovery of Damages to Public and Private Property Ordinance 2020.

As a follow-up of the ordinance, Yogi government proposed Claims Tribunal, which would address cases of damage and loss of government property and private individuals during riots, demonstrations, political processions and illegal agitations.

Importantly, the tribunal’s decisions cannot be challenged in any court.

The tribunal will have a Claims Commissioner to estimate the damages and investigate liabilities and submit a report in three months time or such time as may be granted by the tribunal.

The tribunal will have the power to attach the property. However, the accused persons would be given adequate and fair opportunity to present their case.

The tribunal will be governed by the rules and provisions of the ordinance. It will have two or more members, including a retired district judge or an officer of the rank of additional commissioner would head it.

The ordinance provides power to district magistrate or commissioner of police to take immediate steps to file a claim petition before the tribunal for compensation preferably within three months of the date of the incident.

The district magistrate will file the petition on submission of circle officer’s report based on FIR of the incident.

Under the new law, any private person or an individual can also move its petition before the tribunal for claiming the compensation, provided the petitioner had not claimed it from the insurance company or any other such agency.

All in all, the setting up of the proposed tribunal is a historic decision because it exhibits the power of legislature over judiciary, which tried to create hurdles for Yogi government to provide security to citizens, in the name of right to privacy.

All in all, Yogi, not only showed the power of legislature, but also displayed his personal traits of utsaha (fortitude), sahasa (courage), dhairya (patience) and nishcaya (determination) to have his last laugh over his rivals.

Truely, he is an embodiment of a Hatha Yogi of Nath tradition.