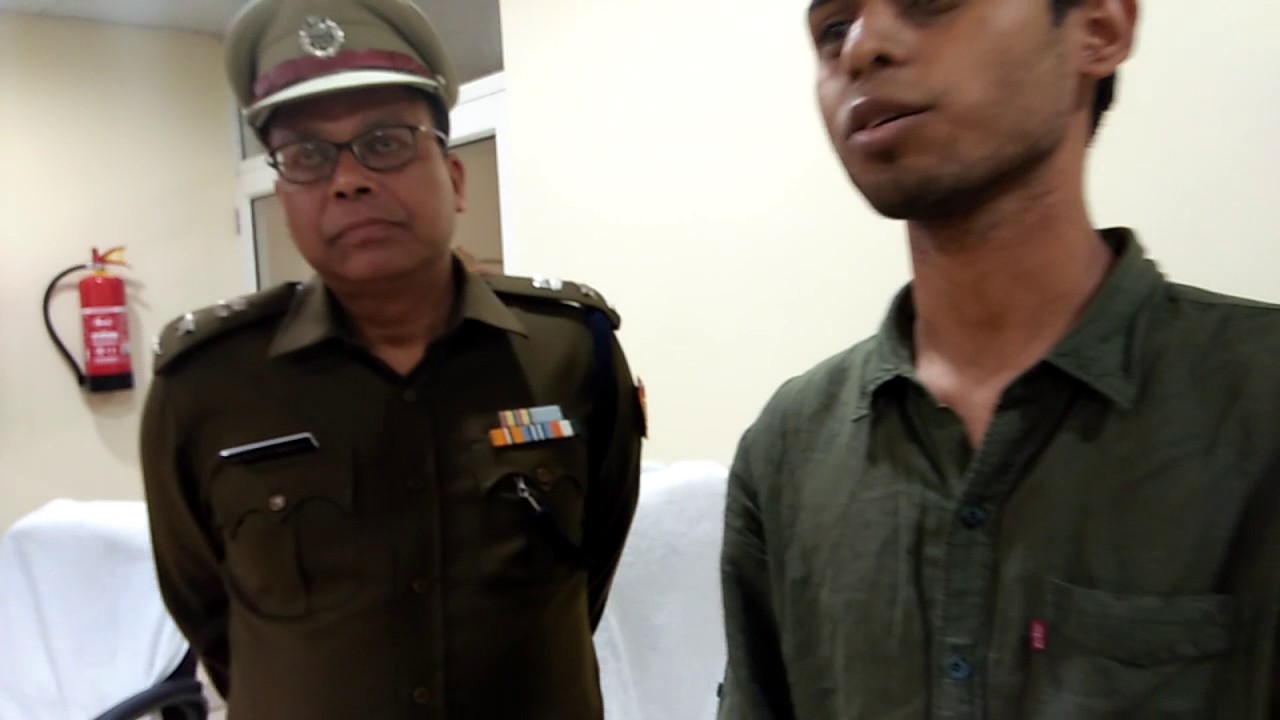 In a news conference he had said that riots mastermind Tahir Hussain was rescued from his Chandbagh home on the intervening night of February 24-25.

“Around 11.30 pm-12 (midnight) on February 24-25, some people informed us a councillor was stuck…. Our personnel went into his house and he came out of the house. Members of both the communities had gathered there,” Singla had said.

Similarly, Tahir, in a video posted on February 27, also said riots were raging in the area past afternoon of February 24 and added people had broken the main gate, barged into the house and climbed onto the roof. He also said firing started from both sides.

Also in media interviews, on February 26 and 27, Tahir claimed since the mob had stormed into his house on February 24, he and his family had to be rescued by police. “The searched his whole house and asked him to move to a safer place, which he did that same night,” he added.

He further added that he had asked police to remain stationed in his house even in his absence to prevent the mob from misusing his house. Police remained in his house the whole night and the whole of February 25, Tahir claimed.

An investigation must be initiated against Singla because his statement is contrary to the statement of Delhi Police Spokesperson M S Randhawa, who denied rescuing the suspended AAP councillor.

“A section of the media reported that Hussain was rescued by Delhi police. The facts are that on the intervening night of February 24-25, some men informed police at Chandbagh that Hussain was trapped as a crowd had surrounded his house. Police verified the same to be incorrect…. Hussain was found available in his house,” Randhawa said.

If Singla is claiming that the police had rescued Tahir, he must explain why there are no signs of arson inside or outside his four-storey house, whereas a house next to his is burnt and blackened.

Also, he must answer why there is not a single scratch on Tahir’s body if an angry mob had barged into his house. Also, he must explain why is that every person in the neighbourhood are blaming Tahir for masterminding the riots in the area.

They, including IB Official Ankit Sharma’s family and an eye witness who luckily had escaped from the clutches of the councillor’s goons, are holding Tahir responsible for inciting riots in the area and brutally murdering Ankit.

The escapee, who was one among the four dragged by the goons, had laid bare his excruciating details about the mayhem unleashed by the Muslim mob housed inside Tahir’s building.

He told OpIndia: “They were dragging us inside the building. I somehow evaded their grip and extricated myself. But when I looked back, all three were missing.”

Singla should also explain why the police did not take any action against Tahir, because many came to know about his building turning into a riot factory on February 24 itself. It is not possible for the police to be unaware of it, since the neighbours would have complained about it.

Singla must also explain why the police did not seal Tahir’s building and allowed mediamen to enter it and take shots, destroying the forensic evidence.

These questons raise many questions about the role of Singla in Delhi violence. It also raises suspicion about a few policemen’s role of letting of Tahir to escape.

Because of Singla’s divergent statement, the biased western media is weaving a false narrative of state-sponsored violence against Muslims, ignoring the brutal killing of Ankit and several other Hindus.

For them, Hindus are worthless or race of bastards, it seems.