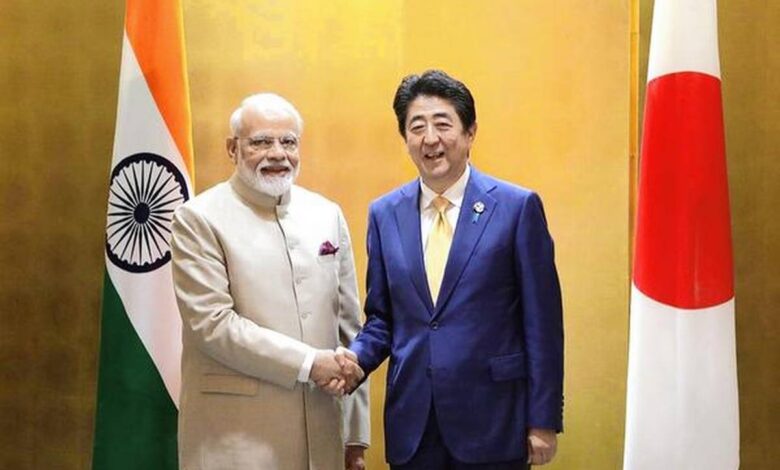 India and Japan have signed a key defence pact . India’s Defence Secretary Ajay Kumar and Japanese ambassador Suzuki Satoshi signed the agreement on “reciprocal provision of supplies and services” between the Indian armed forces and the Japanese self-defense forces this Thursday.

With this, Japan becomes the sixth country after the US, France, Australia, South Korea and Singapore with which India has an agreement in place that enables military forces to share logistics to support each other’s warships and aircraft.

India’s new pact with Japan is an extension of India’s strategy is to counter China by enhancing its strategic reach in the Indian Ocean region and beyond.

As per various media reports, India is negotiating similar pacts with the UK and Russia and the pact with Russia is expected to be inked sometime later this year.

India has also been more proactive on the Quad grouping to counter China’s influence strategically, militarily and economically. Quad is the informal strategic dialogue between India, USA, Japan and Australia with a shared objective to ensure and support a ‘free, open and prosperous’ Indo-Pacific region. India is also all set to host a meeting of Quad later this year.

In view of the ongoing Indo-China conflict at the Ladakh border, India has been proactively engaging with countries across the world to secure public opinion in its favour and to counter China strategically. On the day the military pact with Japan was signed, India, France and Australia held their inaugural senior officials’ trilateral dialogue, with the spotlight on convergences in the Indo-Pacific and enhanced cooperation in maritime issues.

Post coronavirus, a new world order is emerging in which most of the major world powers are somewhat wary of China’s outright autocratic tendencies and its utter disregard to international treaties and obligations. With India having finally taken on China with a great deal of resolve, Taiwan, Hong Kong and Tibet are also finding a new kind of courage to speak up against China. Many south-east Asian countries that have been always bullied by China and have been perennially living in its shadows are also rallying behind India, finally finding the guts to speak.

With the Japan, US and France rallying behind India, things are indeed going to get difficult for China in this new world order than is in the process of being shaped.