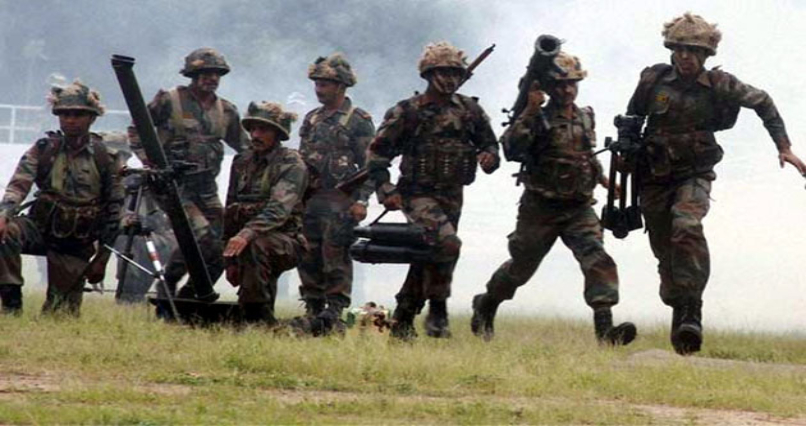 The Modi government has been making noises about proactively taking back PoK and the Gilgit-Baltistan territories.

In January, Indian Army chief General Manoj Naravane had said if Parliament approved, his forces are ready to wage a war against Pakistan to get back Gilgit-Baltistan territories.

But, is India capable of launching such a military campaign? It is not that easy. Presence of China in Gilgit-Baltistan with massive investments in the China-Pakistan Economic Corridor is a major stumbling block for India to go on a military offensive because the Dragon would protect its interests.

So, the real threat comes not from Pakistan, but China. An Indian military offensive could spark off a two-front Pakistan-China war against India. India is aware of this collusion and has been preparing for the eventuality over the last decade or so.

So, India has been cautious not to face a two-front war, but has been waiting for a mistake on Pakistan’s part to execute its plans.

Now, Pakistan has committed a mistake. What is that mistake?

The Pakistan’s Supreme Court has allowed Imran Khan government to hold general elections in Gilgit-Baltistan and set up a caretaker government.

In retaliation, the Ministry of External Affairs issued a strong protest over the order by saying it is an attempt by Pakistan to interfere in India’s internal affairs as Gilgit-Baltistan is India’s territories.

Next day, India sent a strong message to both Pakistan and China based on decisions by both Indian Meteorological Department included the regions of Gilgit-Baltistan and Muzaffarabad as part of its Jammu and Kashmir meteorological sub-division.

With effect from Friday, DD News and All India Radio started to telecast and broadcast temperatures and weather reports of Indian towns and cities including Mirpur, Muzzafarabad and Gilgit in their prime time news bulletins.

So, there is tense situation between India, Pakistan and China.

As things stand today, if there is an attack from Pakistan, India, as per Prime Minister Modi, can defeat Pakistan in six to ten days in case of a war.

Most defence experts agree on this comment made by the Prime Minister, considering Pakistan’s worsening economic condition due to Chinese virus pandemic. Pakistan in fact had lost three wars against India, in the past.

But, if China also joins hands with Pakistan to attack New Delhi, it won’t be that easy to challenge both, because China is more stronger than India on missile warfare. It has inter-continental missiles that can even reach the US mainland. Its DF-21 are aircraft carrier killers.

However, times have changed. China has been cornered by the world for its mishandling Wuhan virus that has caused a great damage to human capital and global economy.

Several European countries and US have filed suits in their respective courts asking China to pay damages due to the virus outbreak. Japan has already created a fund to encourage Japanese companies to shift from China to any other countries of their wish.

Also, both US and Russia would support India if Pakistan and China luanch an attack on New Delhi. Russia has been a traditional diplomatic friend of India and values this relationship more than with any other country.

The US has more defence business to do with India than with China or Pakistan, because it cannot ignore the China-Pakistan military axis.

America’s arms business with India is nearly $18 billion in the last 12 years with defence diplomacy between the two nations only growing since 2007. The same is true with Russia.

Given this scenario of Pakistan being economically a dead nation and China cornered by the world, India has the best opportunity to take back Gilgit-Baltistan territories, which legitimately belongs to India, which has also been passed as resolution in British Parliament.