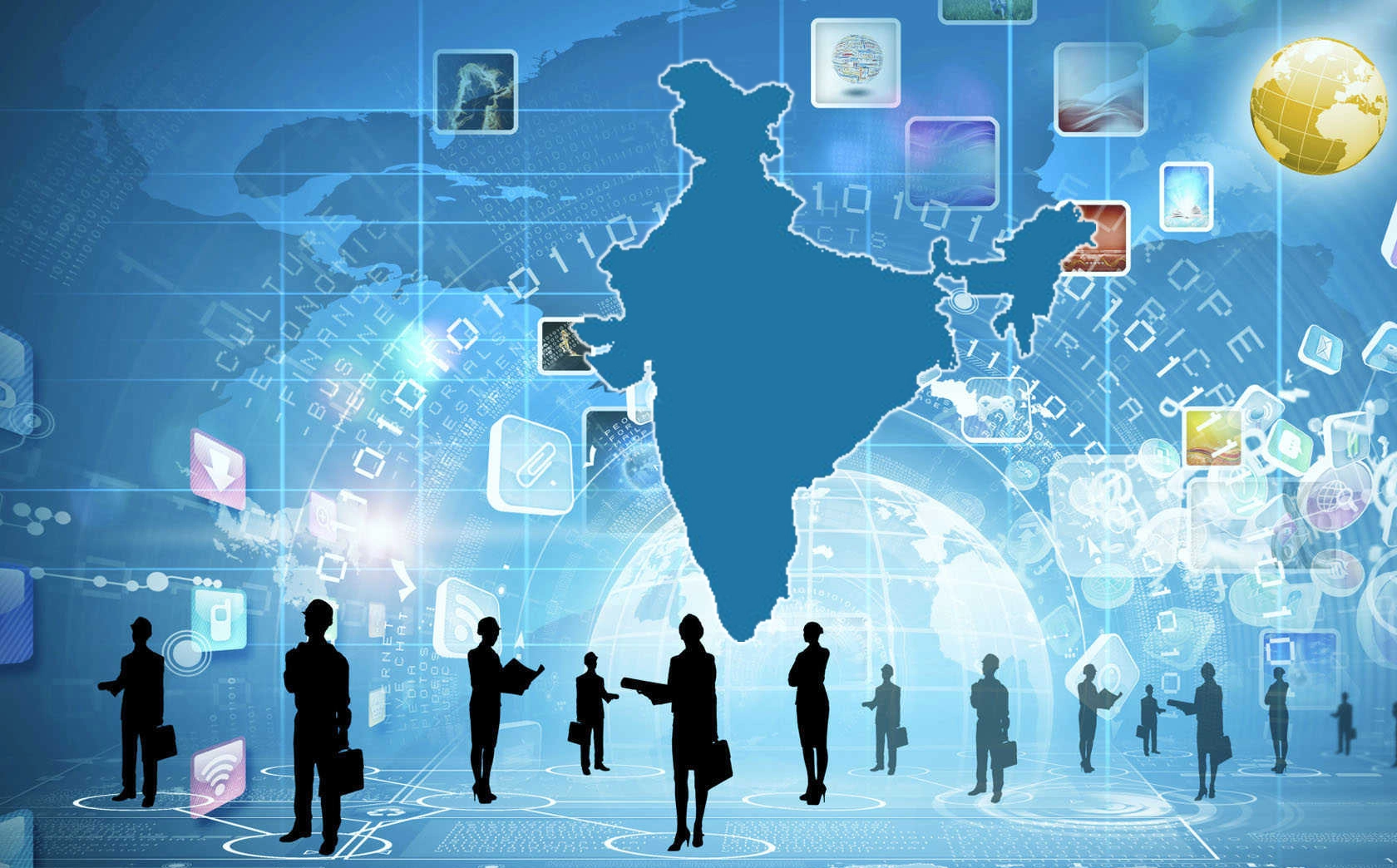 Ravi Shankar Prasad. After coming to power, Prime Minister Narendra Modi gave the vision of Digital India as an important programme to transform India through the power of technology and bridge the digital divide. Other programmes like Start-up India, Stand-up India and Skill India were designed to become an important adjunct to this larger narrative.

Four years down the line, empirical evidence suggests that Digital India is not only creating empowerment but also generating employment opportunities and promoting entrepreneurship. Laying down of 2,74,246 km of optic fibre connecting 1.15 lakh gram panchayats under BharatNet, in comparison to a mere 358 km under the previous government, speaks volumes about the speed with which we have created digital infrastructure.

Aadhaar, now backed by a robust law unlike in the UPA proposal, is playing a significant role in linking the physical with the digital to facilitate seamless delivery of services in a transparent manner. The JAM trinity (31 crore Jandhan bank accounts, 120 crore Aadhaar and 121 crore mobile phones) and the delivery of welfare measures and benefits directly to the bank accounts of the poor under DBT has led to a saving of Rs 90,000 crore, because digital identity removes middlemen and fictitious claimants.

The unique platform of Common Services Centres (CSCs) – which were just 83,000 when the present government was formed – now numbering 2.91 lakh with presence in 1.83 lakh gram panchayats has become a robust movement for digital delivery of services ranging from banking to insurance to pension to land records to Bharat bill payments and a host of others. Many of these are moving into new areas like skilling, LED bulb manufacturing, spreading digital literacy and even establishing low-cost sanitary napkin outfits for improving menstrual health in rural areas. In FY 2017-18, the CSCs carried out transactions worth Rs 19,925 crore against merely Rs 182 crore in 2013-14.

Home grown, low cost technology based initiatives like e-Hospital, e-Scholarship, soil health cards, Jeevan Pramaan for pensioners, e-NAM linking agricultural mandis to farmers and a host of other digital products are ensuring flawless delivery of services and creating entrepreneurship. Other digital products like the cloud based digi-locker and extraordinary rise in digital payments including phenomenal success of the home grown Bhim app (whose monthly transaction value increased from Rs 5,325 crore in October 2017 to Rs 24,172 crore in March 2018), are all extraordinary signs of transformation leading to employment and entrepreneurship opportunities. The stellar success of the recently launched Umang app that integrates central and state government services on one platform and has seen more than 50 lakh downloads since its November 2017 launch, is noteworthy.

In making Digital India a mass movement our programme to open BPOs in small towns of India provides government support to bridge the viability gap. In just 3 years, 89 BPOs operate today in 27 states/UTs. BPOs are now operational in Imphal, Guwahati, Siliguri, Patna, Muzaffarpur, Madurai, Puducherry and even in areas like Badgam, Sopore and Srinagar. BPOs in places like Gaya, Deoria, Jhansi, Jehanabad, etc have now been finalised. Many girls and boys from rural areas work in them and some even service clients from abroad. This has created opportunities for thousands of jobs.

This extraordinary development of a digital ecosystem is taking place in sync with the larger and conventional IT profile of India. According to Nasscom, the formal IT-BPM sector today stands at $167 billion with exports reaching $126 billion. It has added 6,00,000 jobs in the last three years, employing 3.97 million people directly and almost 12 million people indirectly. Even in face of global slowdown, the sector continued to expand in India and added almost 1 lakh jobs in FY 2017-18. According to Randstad, the Indian IT sector is poised to grow at a cumulative growth rate of 9%.

As part of the larger Make in India vision, my ministry has actively promoted electronics manufacturing. Riding on government incentives such as MSIPS and others, electronics manufacturing has grown significantly in the last four years. Mobile phone manufacturing units in the country increasing from just 2 in 2014 to 120 in 2018. In the same period, annual production of mobile handsets increased from 6 crore units valued at Rs 18,900 crore to 22.5 crore units valued at Rs 1,32,000 crore. It has created 1 lakh direct and 3 lakh indirect jobs. Similarly, TV and LED products manufacturing have grown significantly, with more than 50 units set up in the last 4 years.

Another area of strong growth is the e-commerce sector, mainly driven by growing rural aspirations. Apart from generating employment in direct activities related to e-commerce platforms, this growth has a positive impact on the micro, small and medium enterprises (MSMEs) and has a favourable cascading effect on other industries, creating increased employment opportunities.

The future is very promising because India’s digital economy, large size of our market, demographic dividend and passion for technology is creating enormous demand. Our digital economy also includes emerging areas like AI and IoT, the growing start-up movement and low cost, effective cyber security solutions. While we work out the details, no one doubts the potential to make India’s digital economy worth $1 trillion, employing 50-70 lakh people in the next 5-7 years.

The Asia head of a large tech company recently told me that in IIT campus interviews, the better students earlier used to line up for employment but now toppers state they would like to venture out as a start-up, because they want to be job givers rather than job seekers. The moment of digital empowerment, entrepreneurship and employment has indeed arrived.

Note: Ravi Shankar Prasad is an Indian lawyer, politician and the current Union Minister holding Law and Justice and Electronics and Information Technology portfolio in the Government of India.

Nation Wants To Know: Who Is Regulating Whom? Twitter Or GOI?