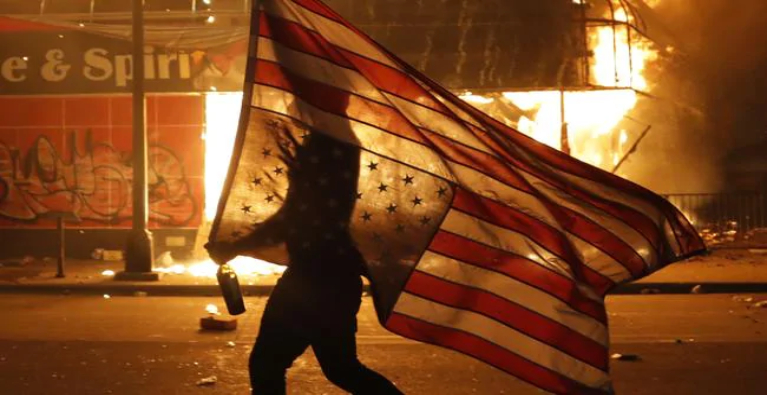 ISD Radio: It’s Not Right To Compare US Riots With Anti-CAA Riots

On many twitter handles and FB accounts, I am finding people comparing anti-CAA riots with the US violence. To be very much frank these two riots are quite different in nature.

The anti CAA riots and violence was against a legislation which was nothing to do with the Muslims in India. They were misled and funded by anti-India forces like PFI. The investigating agencies like ED and CBI found out PFI’s connection with the anti-CAA protests.

We saw pictures and visuals of the police getting assaulted and suffering injuries due to stone-pelting by Muslim protesters … In fact the police did not go all guns blazing at the violent protesters. So, the victims were the police not the violent protesters or the rioters, but on the other hand if you are watching the US violence … it is quite different. You can see the atrocities committed by the US police which was quite evident from how George Floyd was killed. He was choked to death by a policeman.

There is a history of the US police committing crimes against the Blacks. The Indian police does not have any history of atrocities against any community, except a few stray instances here and there. In fact, the US has very violent past of the Blacks fighting the Whites. There was a civil war wherein the Black soldiers fought against the southern states for abolition of slavery.

So, this is the past of the blacks in US. They have all the rights to protest against the police for killing Floyd, but if the protest turns into violence and loot, it loses its sanctity.

So, there are differences between anti-CAA and US riots. As far as the cry of anti-India brigade of Modi government committing genocide of Muslims in India is concerned, it is not a fact at all. There are some people like rajdeep Sardesai and Rana Ayub and others rake up genocide of Muslims in India, but when we ask them to provide the list of the Muslims who were victims of genocide, they don’t have any answers. They refer to some names of akhlaq and tabrez. They are not incidents of genocide. It is a case of crime and murder.

So, these are the things … that you must understand.

Cow cuddling getting popular across the world!