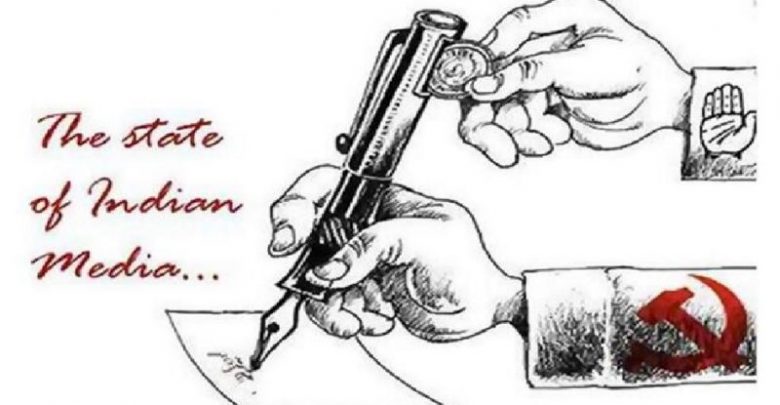 As the days are passing by, many ground reports are pointing at a planned conspiracy to unleash violence in Delhi during US President Donald Trump’s two-day visit to the capital city.

Days after a video depicting AAP Councillor Tahir Hussain unleashing violence from his house situated in north-east Delhi, another video is doing rounds, in which JNU’s tukde tukde gang member Umar Khalid is seen inciting the people, asking them to hit the streets to show Trump that people are against Prime Minister Narendra Modi’s government.

Khalid is also seen indulging in propaganda, misleading Muslims on CAA, which would harm them and urging them to take to streets to show Indian government its “Aukat” (position). He also appealed to them to overthrow Modi government.

Khalid is seen saying that the protests would lead the government to first withdraw CAA and then NPR and NRC, which would result in its fall.

Yet another report of conspiracy is making rounds in the media. Tahir Hussain’s phone call details have led to Chief Minister Arvind Kejriwal and Deputy Chief Minister Manish Sisodia, according to Sirf News, a news portal.

The riots erupted after the law-abiding citizens were perturbed over Shaheen Bagh’s anti-CAA protests for over 70 days, which had affected their daily lives. They also feared Shaheen Bagh like protests would spread to other parts of India.

Tahir, in Chand Bagh area, had unleased ISIS type terror, with the help of more than 500 of his goons. He is alleged to have brutally murdered IB official Ankit Sharma. His body was recovered from the drain with 400-odd knife marks.

Videos of Tahir’s house, which went viral on social media, showed houses and mosques, laden with stones on their rooftops. Big-sized slingshots and handcarts were used to inflict maximum damage walking in the streets.

Head constable Ratan Lal also was killed in the riots. He was shot dead by a rioter. So far, as many as 43 people have died.

Many ground reports have pointed towards a planned conspiracy to unleash violence during Donald Trump’s India visit on February 24 and 25.

Police have so far registered as many as 123 FIRs and detained 623 people in connection with the riots.

The situation is limping back to normalcy with some shops opening in some riotous areas of north-east Delhi.

Another report giving weight-age to the conspiracy angle is a series of tweets of eminent journalist J Gopikrishnan, who revealed of $1500 offer made by a US-based media house for writing on people who died in riots on religious lines.

Calling some soldout Indian journalists as rascals and crooks for few dollars, Gopikrishnan said they see everything on negative perspectives and Trump calling them presstitutes is right.

Journalists like Barkha Dutt, Rana Ayub, Rajdeep Sardesai, Sreenivasan Jain, who have been heckled by Delhi residents, are painting the riots as a “pogrom” against Muslims of India for few dollars.

Further giving details on the games the presstitutes play, Gopikrishnan said a Norway newspaper had offered him $25,000 in March 2012 in cash to write on pro-report on Uninor during 2G scam days, which he turned down. The same article however was published in Economic Times.

Based on this Economic Times paid report, Norway Prime Minister and President wrote to Indian Prime Minister Manmohan Singh, on how bad is Indian system to foreign companies.

Gopikrishnan further revealed that he was offered the largest Rs 10 crore cash from a corporate in 2010 during 2G scam days, but he rejected.

He was also offered much bigger amount to adjust a prime witness to save an accused, but refused. However, they conquered judge $ani.