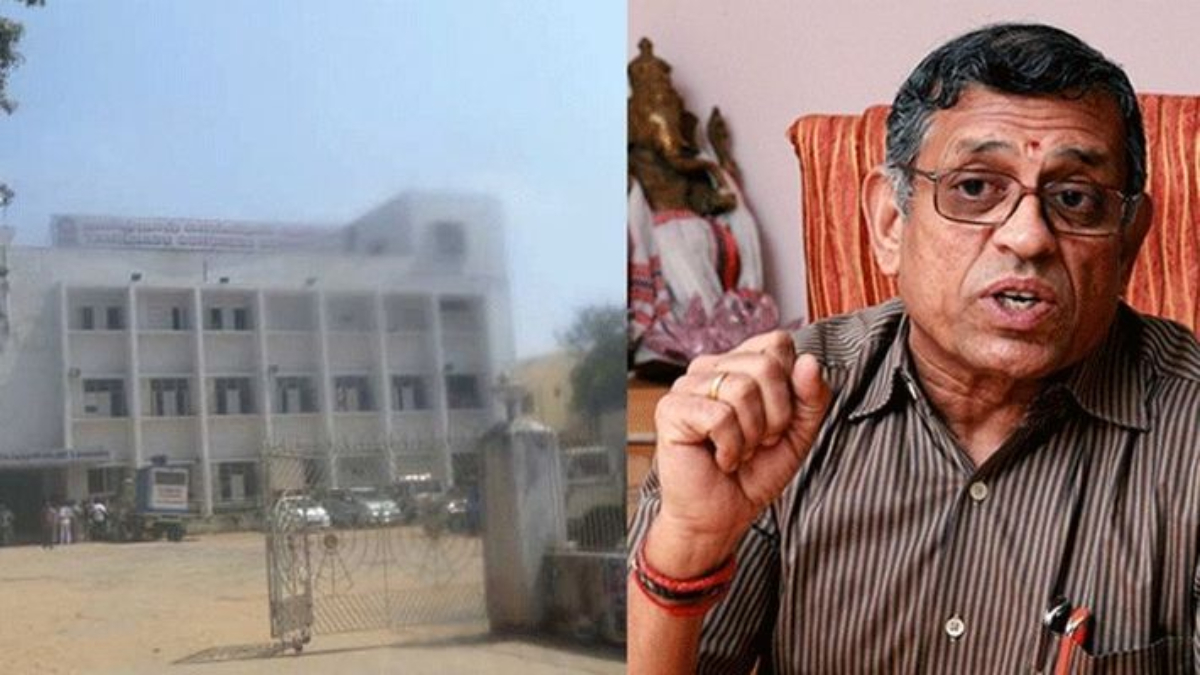 What is the scam?

The trust was built by Ramnath Goenka and former Tamil Nadu Chief Minister K Kamaraj after the famous 1958 Avadi Congress yielded huge money and with which properties were bought.

At present, the documents and accounts of the trust have been taken over by Rahul Gandhi’s right hand man Kanishk Singh, without the knowledge of GK Vasan and Jayanthi Natarajan, who are the trustees, Gurumurthy alleged.

Motilal Vohra, who cannot even read a number, is TNCC Trust. The scam is 10 times the National Herald fraud, he said.

In 2009, the trustees were summoned to Delhi by Rahul Gandhi and asked to sign some papers, Gurumurthy told The Hindu. “They did not know anything about the contents of the papers. This was the time when they were trying to take over National Herald and confiscate state properties,” he said.

He also said that they were trying to build a multi-storey building on the Mount Road property and work has been alloted to a Mumbai-based architect.

Gurumurthy said the party has entered into an MoU to give 40 per cent of the property to a builder and 60 per cent to the Congress with five floors for unnamed persons.

He claimed the appointment of the trustees by Sonia Gandhi is illegal, because, as per TNCC Trust Deed, the right to appointment is only with TNCC Executive Committee.

“Sudarshan Nachiappan also asserts it. Why then Sonia appointed Motilal Vora and Kesavan as trustees and on what authority. Was Nachiappan sleeping when she made illegal appointments?” he questioned.

Nachiappan, however, denied the role of All India Congress Committee in nominations and said that Vohra was nominated by the executive committee.

Gurumurthy called Nachiappan’s counter a blatant lie by posting the links of Economic Times and Business Standard reports, which claimed that Vohra and C R Kesavan were appointed by party president Sonia Gandhi.