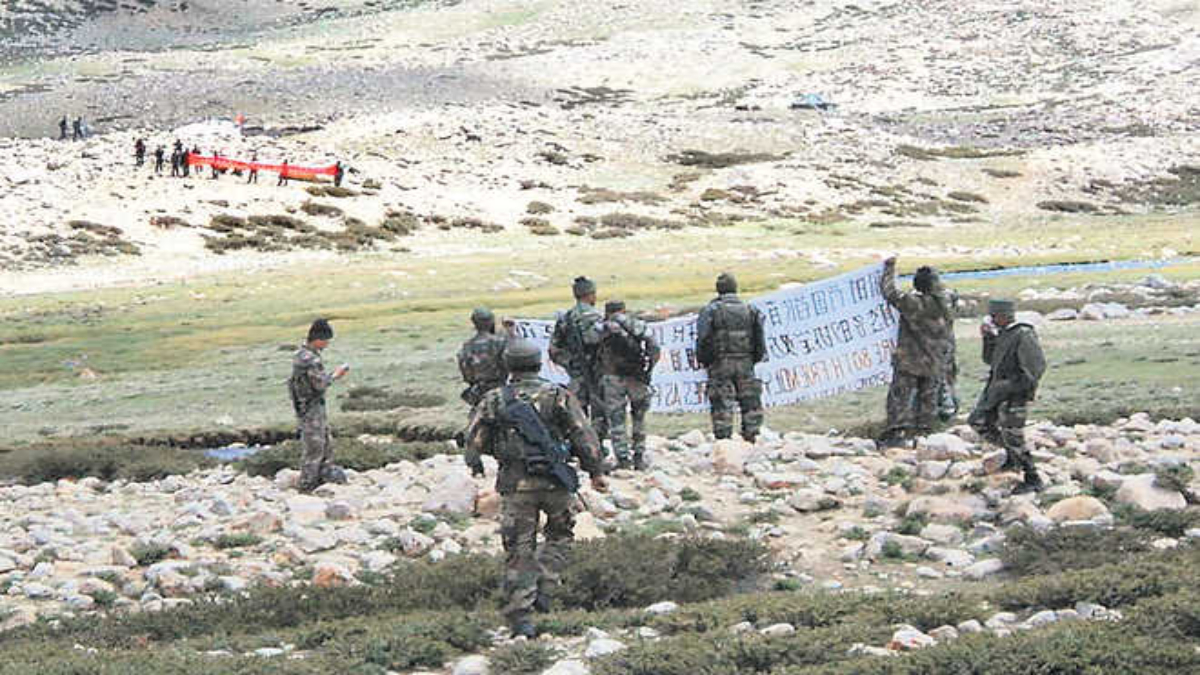 Rejecting People’s Liberation Army accusations, India today charged PLA for blatantly violating agreements and carrying out aggressive manoeuvres at the southern side of Pangong Tso in Eastern Ladakh, while engagement at military, diplomatic and political level is in progress.

The statement comes after China accused India of opening fire on its troops and of also crossing the Line of Actual Control (LAC).

As per reports, China tried to make an advance towards the Mukhpari peak occupied by India. In retaliation, Indian Army fired warning shots in the air which forced the PLA to retreat.

India had earlier warned China on 30 August that it will open fire if China tries to come up on the Indian positions. India now controls the entire ridgeline from the South Bank of Pangong Tso to Richin La.

“In the instant case on 7 September 2020, it was the PLA troops who were attempting to close-in with one of our forward positions along the LAC and when dissuaded by Indian troops, PLA troops fired a few rounds in the air in an attempt to intimidate own troops,” Defence Ministry said in  statement.

This marks a very serious escalation as no firing has taken place for the last 45 years along the 3,488-km LAC.

Firearms were also not used during the faceoff at Galwan Valley on June 15, in which as many as 20 Indian soldiers and over 100 PLA men were killed.

India, while is committed to disengagement and de-escalating the situation on the LAC, China continues to undertake provocative activities to escalate, the ministry said.

At no stage has the Indian Army transgressed across the LAC or resorted to use of any aggressive means, including firing, it added.

“However, despite the grave provocation, the Indian troops exercised great restraint and behaved in a mature and responsible manner,” the ministry said.

The Indian Army is committed to maintaining peace and tranquility, however is also determined to protect national integrity and sovereignty at all costs, it said.

On the flip side, Chinese Western Theater Commander Colonel Zhang Shuili blamed Indian Army for blatantly firing threats to the Chinese border guards which forced them to take countermeasures to stabilize the situation on the ground.

“The statement by the Western Theatre Command is an attempt to mislead their domestic and international audience,” Indian Defence Ministry countered.

Defence Minister Rajnath Singh met his Chinese counterpart Wei Fenghe in Moscow on the sidelines of the Shanghai Cooperation Organisation (SCO) meeting to discuss the issue.

The fresh escalation comes ahead of External Affairs Minister S Jaishankar’s scheduled meeting with his Chinese counterpart Wang Yi on the sidelines of a Shanghai Organisation ministerial meet on September 10 in Moscow.