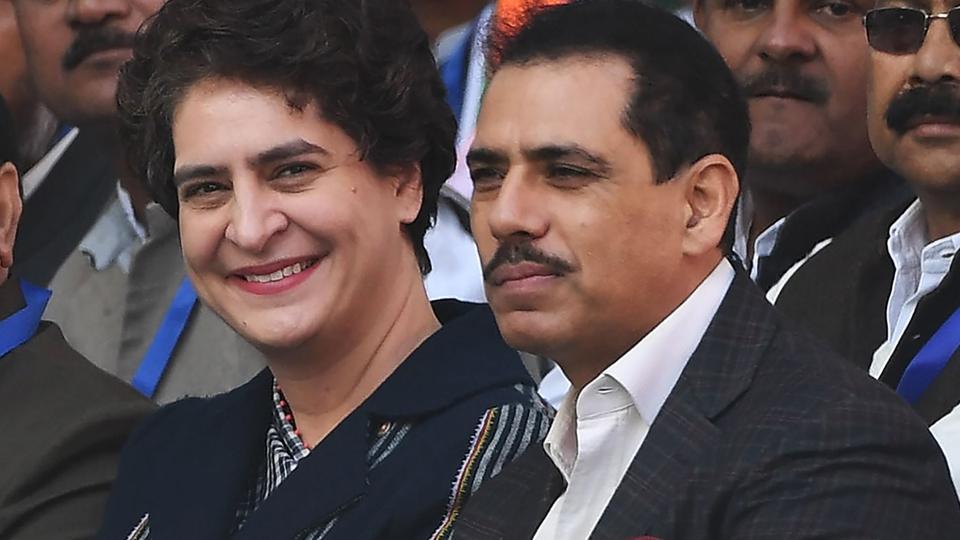 Reports suggest the selling price of the painting was decided by Priyanka Vadra herself and was not analysed by an expert.

Any sale of a painting needs certificates from experts for valuation. No such certificate was obtained by the Yes Bank founder, which has raised several questions over the sale of painting to Rana Kapoor.

Robert Vadra earns crores of rupees through a land lead, which is not owned by him and Priyanka Vadra makes crores by selling a portrait of her father Rajiv Gandhi painted by MF Hussain to a scamster like Rana Kapoor, he said.

In fact, Robert Vadra and Priyanka Vadra are Bunti And Babli, who are making money through questionable means.

“You must know, even in Sharada Chit scam, several paintings were sold by West Bengal Chief Minister Mamata Banerjee to the company promoters. This has become a new way of turning black money into white. We can call it portrait laundering,” Rao said.

On the one hand, Sonia Gandhi and Rahul Gandhi don’t pay their income tax. On the other, Bunty and Babli, make money by encroaching lands and selling portrait to a scamster, he said.

BJP’s Amit Malviya too flayed the Gandhis for having deep links with every financial crime in India.

He alleged that the absconding Vijay Mallya used to send flight upgrade tickets to Sonia Gandhi and had access to Manmohan Singh and P Chidambaram.

Udit Raj must realise that the people of the country are not dumb. They very well know what Modi does with the auctioned sale. He gives it for social causes, not for self-aggrandizement, as Bunty and Babli do.