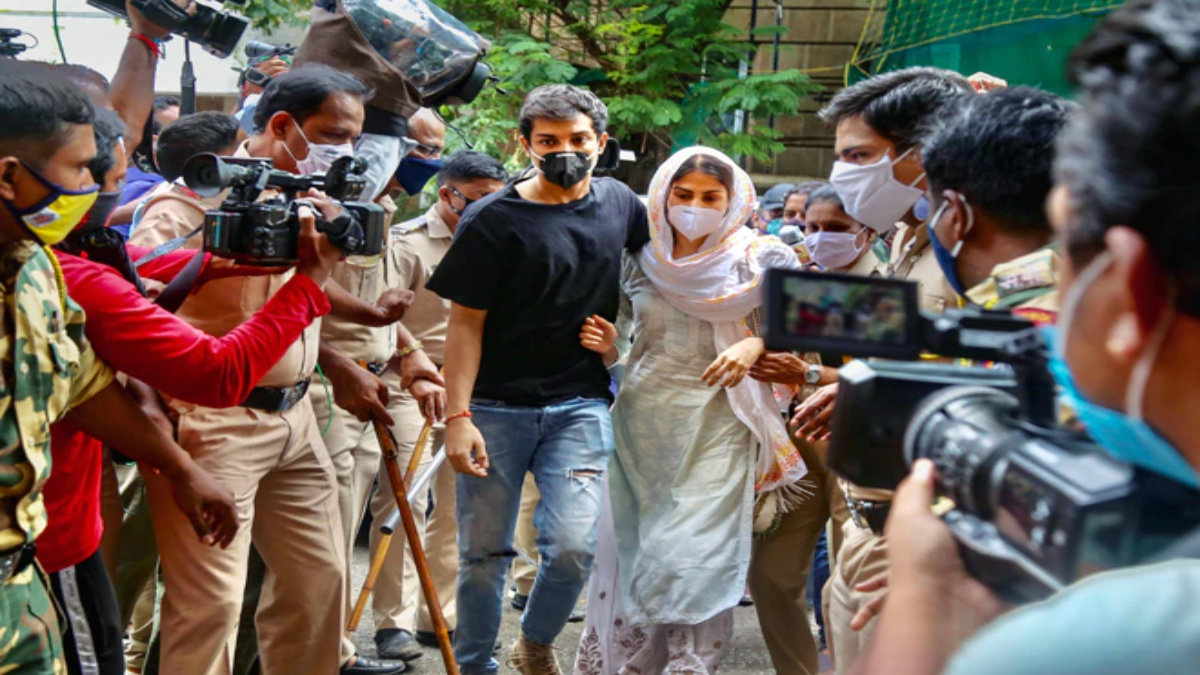 Speaking to reporters in Mumbai, Sushant’s family lawyer Vikas Singh said the filing of complaint by the actress is an attempt to keep Mumbai police alive in the case so that they can play some mischief down the line.

However, Mumbai police do not have any jurisdiction to accept any complaint from Rhea, who is being interrogated by CBI.

If the police accepts the complaint, it will be unlawful under the provisions of 182 of the Indian Penal Code, he said. “This amounts to committance of yet another crime by Rhea,” he added.

Only the CBI has the jurisdiction to accept the complaint, Singh said adding that the prescription made by Priyanka’s doctor electronically is not a cognisable offence because it is merely a guideline framed by the Medical Council of India.

If police accept the complaint, Sushant’s family will move the courts raising contempt of court in the matter, since there is a supreme court precedent on similar matter.

After the grilling at the hands of NCB for the second day, Rhea visited Bandra police station to file police station complaint against Sushant Singh Rajput’s sister Priyanka Singh and a few others for providing bogus and unlawful prescription.

She alleged Sushant died within five days of Priyanka asking him to take the medicines. Priyanka had asked Sushant to take Librium for a week, Nexito every day and Lonazep for whenever there is “anxiety attack.”

Therefore, Rhea said an FIR should be registered against Priyanka, Dr Tarun Kumar of Ram Manohar Lohia Hospital and a few others under IPC, Narcotic Drugs and Psychotropic Substances Act & Telemedicine Practice Guidelines.

Rhea also alleged that the prescription appeared “forged and fabricated” as the drugs cannot be prescribed electronically.

The complaint was filed on the basis of WhatsApp exchanges between Sushant and Priyanka, which mentions prescription of three medicines for the actor.

The WhatsApp messages were exchanged on June 8, the same day that Rhea left Sushant’s home. The actor had died on June 14.

The actor’s family has denied any health problems faced by Sushant, but admitted he was prone to anxiety, stressing the point that Rhea was the reason for his psychological problems.

“The family never accepted that he was suffering depression. His mental health deteriorated after Rhea Chakraborty entered his life,” family’s lawyer Vikas Singh had told the media in a press conference on September 2.

Central Bureau of Investigation, Enforcement Directorate and Narcotics Control Bureau are interrogating Rhea after Sushant’s father KK Singh lodged a FIR against Rhea for abetment to suicide and misappropriation of funds.

She is also questioned by NCB in a drug-related angle in the case.

NCB has summoned her tomorrow for a third round of interrogation.