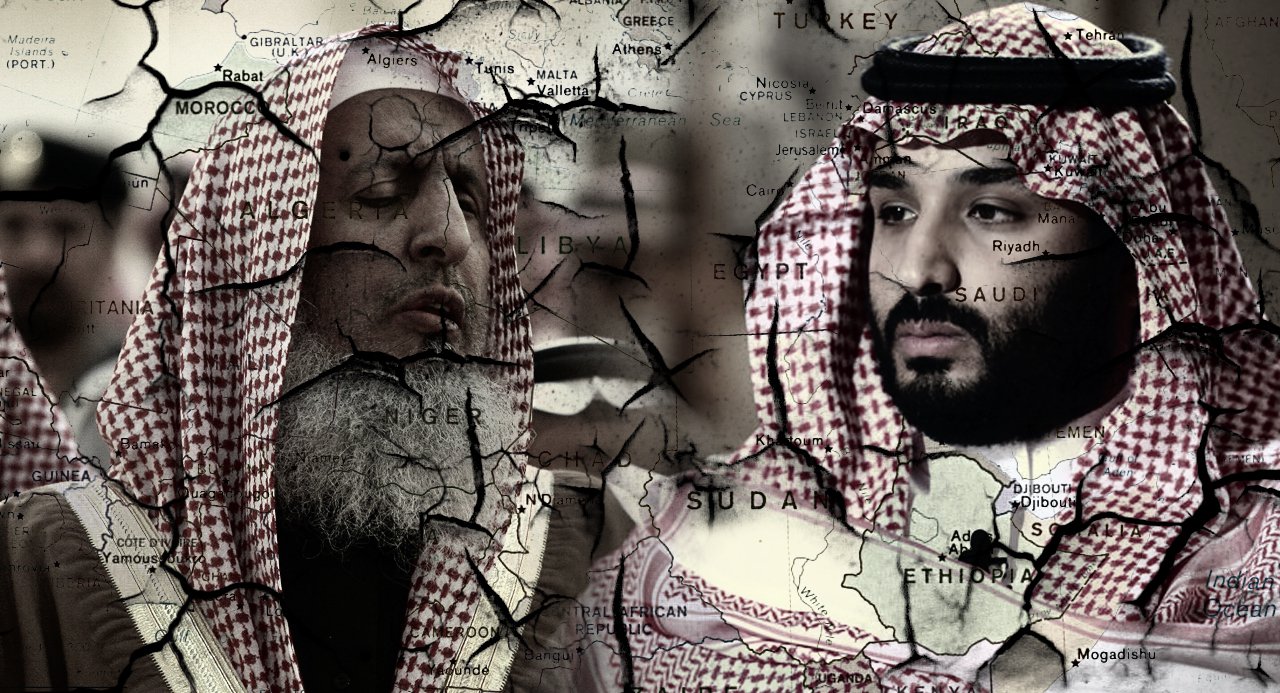 The startling revelation of Saudi Crown Prince Mohammed bin Salman about Riyadh funding Wahhabism, a source of global terrorism, should unmask the Lutyens media and left-liberal cabal, who make all possible efforts to make heroes out of global terrorists.

He, however, blamed US-led Western nations for encouraging Riyadh to spread Wahhabism during the Cold War to check former Soviet Union from gaining control over the Muslim world.

“Investments in mosques and madrassas across the world were rooted in the Cold War, when Western allies asked Saudi Arabia to use its resources to prevent inroads in Muslim countries by the former Soviet Union,” the Crown Prince said in an interview to Washington Post.

The Saudis were funding radical Islamic terrorists to fight the Soviets in Afghanistan and funding schools in Pakistan that gave rise to Taliban, which was the support of dreaded terrorist Osama bin Laden, who was killed by the Americam navy seals in Pakistan.

Saudi has invested more than 10 billion US dollars over the past four decades as part of a program to promote the more extremist brand of Islam, but for now it has been stopped.

However, Saudi-based foundations are still continuing to fund the overseas Wahhabi institutions, with a wicked aim to establish a global caliphate.

The funding has been widespread, reaching nearly every country with a Muslim population, from King Faisal Mosque in Chad to King Fahad Mosque in Los Angeles.

In India, from Jammu-Kashmir to Kerala, Saudi money has been channeled strategically through Hawala. There are roughly 40 mosques in Maharashtra and 75 in Kerala, that are controlled by Wahhabis. here also are 1,000 Ahle-hadith mosques in Kashmir.

These institutions – madrassas or mosques – greatly influence Muslim youth, who carry out notorious activities like murders of RSS men, killing of Hindu priests, love-jihad and human trafficking, with the help of extremist Islamic groups like People’s Front of India and Social Democratic Party of India.

As many as 18 lakh Wahhabis are there in India, who indulge in huge protests and agitations, not out of the concerns of internationalism, but out of Ummah, the global Islamic brotherhood. They are recruited from states like Kerala, Karnataka and metro cities like Hyderabad, and sent to Syria to join ISIS.

These Islamic schools fire the forces of radicalisation in a vigorous manner that helps in creating jihadi elements, who vehemently oppose worshipping humans, Hindu idols and tombs. They strictly implement Sharia law in all aspects of life and are against all syncretic Hindu-Muslim traditions.

There is a tendency among the intellectuals and academicians to ignore the rise of Wahhabism as a reaction to Hindu extremism, but the truth is, Wahhabism in India dates back to the eighteenth century, much before the rise of Narendra Modi or BJP.

Wahhabism is a conservative movement within Islam’s Sunni sect and have inspired the ideology of Islamic extremists worldwide, including terror organizations such as Al Qaeda, Islamic State (ISIL) and other jihadist groups.

Wahhabism was propounded in 18th century by theologian Mohammed bin Abdul Wahhab, who focused on taking Islam back to its purest and strictest forms. Many Muslims consider Wahhabism as derogatory, but prefer calling themselves salafis.

Wahhabism became the dominant form of Islam in Saudi Arabia with the support of Saudi royal family since 1744.

The radical ideology found new life in the 20th century when the founder of Saudi Arabia King Abdulaziz ibn Saud seized on it as a way of uniting the fractious tribes.