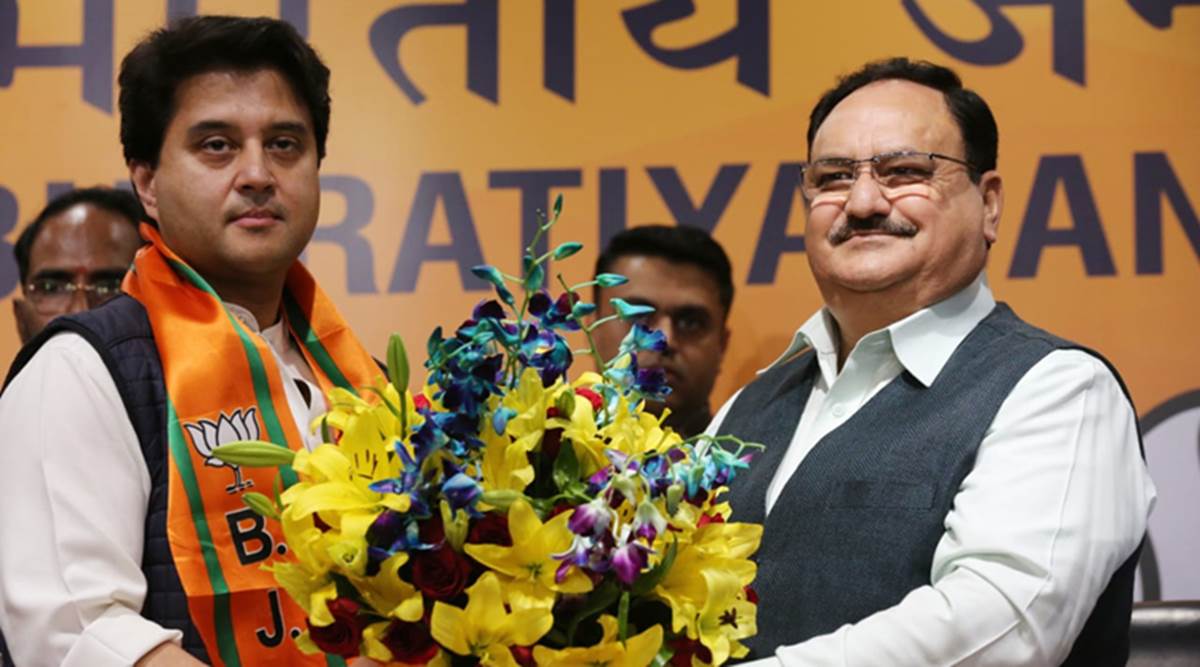 Scindia’s Exit May Have Far-Reaching Ramifications In Raj, Maha & WB

Scindia, after tendering his resignation from the primary membership of the Congress yesterday, made an official entry into the BJP today, after 22 Congress MLAs resigned, reducing the Kamal Nath government to a minority in Madhya Pradesh.

Scindia put in his papers after being neglected by Congress leadership for key positions in the state for almost a year.

Scindia’s exit is a huge blow for the Congress, especially when the party had, to some extent, revived in the state, after a political hibernation of 15 years. The main reason for the party’s revival was Scindia, who was the star campaigner and people’s face.

Compared to Scindia, the popularity of Kamal Nath and Digvijaya Singh has been on the wane. Diggi Raja had lost Lok Sabha election from Bhopal and carries an anti-Hindu image, whereas Kamal Nath has the image of a corrupt leader, who occupied the chief minister’s seat due to his closeness to the Gandhi parivaar.

If Madhya Pradesh government falls, Kamal Nath could find himself in the jail, just like his Congress colleagues Sajjan Kumar and Jagdish Tytler, for Delhi Riots.

The Madhya Pradesh Chief Minister is accused of inciting a crowd against Sikhs at Gurudwara Rakabganj in Delhi soon after Prime Minister Indira Gandhi’s assassination on October 31, 1984. He was earlier found guilty of abetting violence against Sikhs and has been sentenced.

Therefore, in Scindia’s absence, the Congress will be staring at an oblivion, as it does not have alternative leadership in Madhya Pradesh, other than Digvijaya Singh and Kamal Nath, who are in their last phase of their political careers.

In 228-MLA assembly, BJP holds 107 MLAs of its own. Congress, which had 114 MLAs, has been reduced to 92 MLAs. The resignation of 22 MLAs, has also brought down the halfway mark to 103. Four more MLAs are poised to resign, as per sources. The Speaker is yet to accept any of these resignations.

Fears are looming large over the possible revolt by Rajasthan Deputy Chief Minister Sachin Pilot on the lines of Scindia. In fact, several media reports suggest that the “Maharaja” had already established a contact with Pilot.

Ever since the government formation, Pilot has been critical about Gehlot’s policies and handling of serious issues, including the death of children in Kota government hospital. The power tussle resulted in Congress losing all Lok Sabha seats in the state, giving room to Pilot supporters to up the ante against Gehlot and question his leadership credentials.

In the 200-member Rajasthan Assembly, the Congress has the support of 112 MLAs including three from the CPI (M) and one from the RLD. The BJP has 80 MLAs. In the event of the saffron party going to the Madhya Pradesh model in Rajasthan, the Gehlot government would be in real danger.

In Maharashtra, fears of Shiv Sena leaders joining BJP or Raj Thackeray’s MNS also are looming large. The Shiv Sainiks are unhappy with Uddhav Thackeray’s decision to ally with Congress and NCP in order to grab chief minister’s chair.

The coalition partners have reduced Uddhav to a de jure leader, who is only meant to sign on their decisions, including giving five per cent reservation to Muslims in schools and colleges.

Shiv Sainiks also are perturbed over the portfolio distribution of ministries, where all the significant posts have gone to NCP.

They are dismayed with Uddhav compromising with core Hindutva issues like Veer Savarkar, Ayodhya and CAA, which were dear to Bal Thackeray, the founder.

The other possibility for Shiv Sena and Uddhav could be to do a ghar-wapsi and join hands with BJP, but it remains to be seen how Amit Shah and Narendra Modi would react to such a situation, given BJP’s backing to Raj Thackeray’s party.

Scindia’s entry into the BJP would also be a morale booster for party workers in West Bengal, which is going to polls next year. The party already has an edge over Mamata Banerjee’s Trinamool Congress, which was shaken to the core after a very good show put up by the BJP in Lok Sabha elections.

The recent anti-CAA stance of TMC has created an anti-Hindu image of Mamata Banerjee. She had to face people’s brunt over the issues of Durga Visarjan and Jai Shree Ram Chants, during Lok Sabha elections.