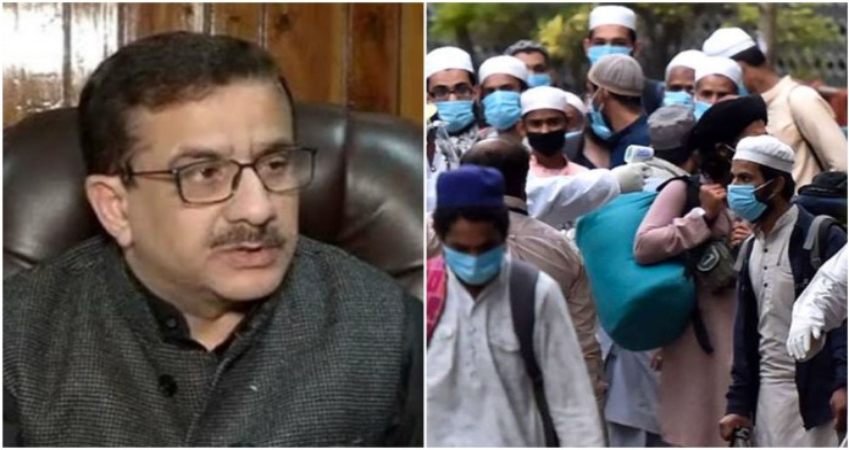 In a statement, Rizvi said that the Jamaatis had planned to kill over one lakh people by spreading the virus.

“This was designed to disturb the Modi government and was actually a conspiracy against the Prime Minister,” he said.

Rizvi also said that the Jamaatis were now misbehaving with the medical staff and attacking them in order to demoralise the medical fraternity so that they stop treating the corona patients.

He further said that this was a conspiracy against the nation and stern punishment must be ensured for the accused.

He said there is a distinct possibility of Zakir Naik’s involvement in Tablighi Jamaat conspiracy as large number of positive cases emerged from a religious congregation in Malaysia, where the fundamental maulana is residing.

Rizvi also asked the government to punish organisers of the religious congregation in Delhi last month and flayed Jamaatis for misbehaving in an un-islamic way with the medical staff in a bid to demoralise the frontline health workers so that they stop treating patients.

The role of Tiblighi Jamaatis in spreading the virus across India came to light when they were found in the Markaz at Nizamuddin for violating government guidelines for Chinese virus.

The Nizamuddin Markaz has been the epicentre of the spread of the virus across India. Many participants were found positive with virus.

The Delhi police has registered FIR against Tablighi Jamaat preacher Maulana Saad and other members of the outfit under section 3 of The Epidemic Diseases Act (1897) for organizing the congregation at the times of severe lockdown amidst the Wuhan coronavirus outbreak.