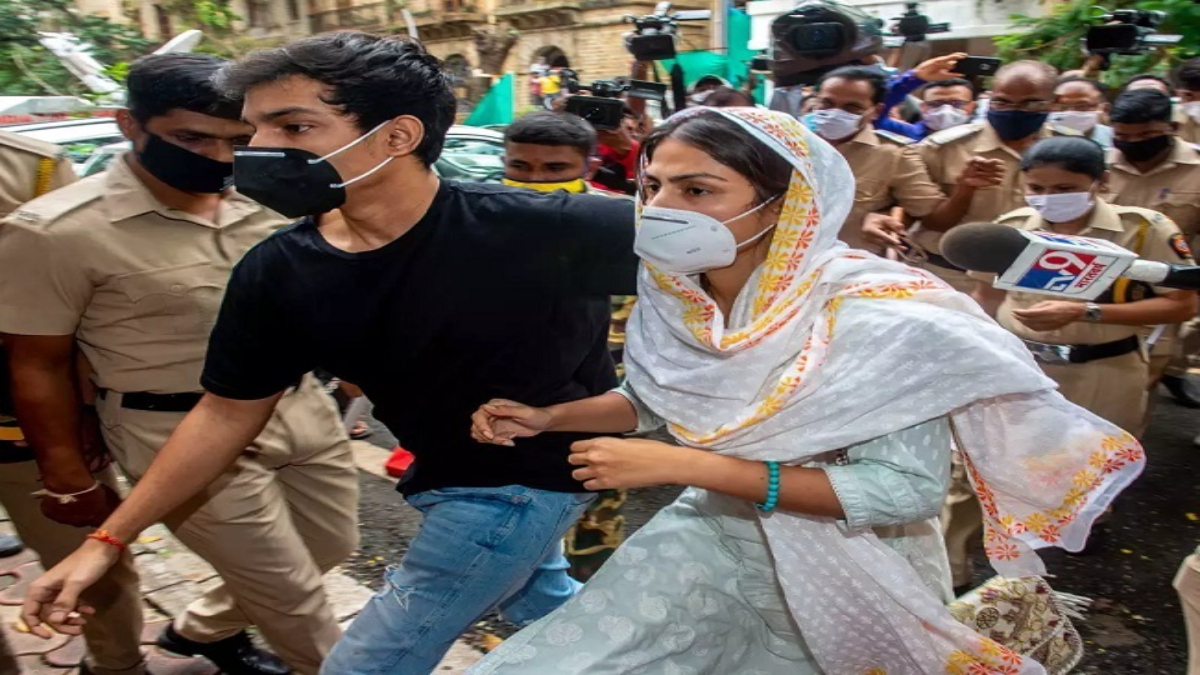 Rhea is almost sure to be arrested next after his brother Showik named her as a drug procurer in the case. He also confessed about procuring drugs for his sister. Rhea already has been issued a notice in the morning and is likely to be summoned.

The NCB acted on the leads arrived at by the Enforcement Directorate, who had analysed Whatsapp conversations between Rhea and the others regarding consuming weed and Cannabidiol. They have been consuming the contraband since 2017.

ED has handed over these documents to the NCB which has already registered a case and is probing into the case.

Big names are expected to trickle down in coming days as Miranda and Showik have revealed them during their interrogations.

Showik and Miranda have been booked under IPC sections 20 (B) that deals with production, possession, transportation and usage of cannabis,  28 (counterfeit), 29 and 27 (A).

According to sources, Showik allegedly met drug peddler Basit Parihar at a football club in Bandra to gain access to drugs.

Basit was in touch with another drug peddler named Sohail, who allegedly supplied Showik and Rhea, marijuana.

Amidst the vociferous demand for CBI probe, Sushant’s father, KK Singh, in a smart move, lodged an FIR against Rhea and five others for abetment to suicide, cheating, and conspiracy, which helped him to get Supreme Court verdict in his favour. Singh had sought CBI probe into the case.

ED has booked Rhea and her family for alleged money laundering to the tune of Rs 15 crores, based on Sushant’s family’s complaints. Five CBI teams are currently in Mumbai probing into the case and have questioned several witnesses like Sushant’s building guard, cook, flatmate Siddarth Pithani, Sandeep Singh and Rhea.