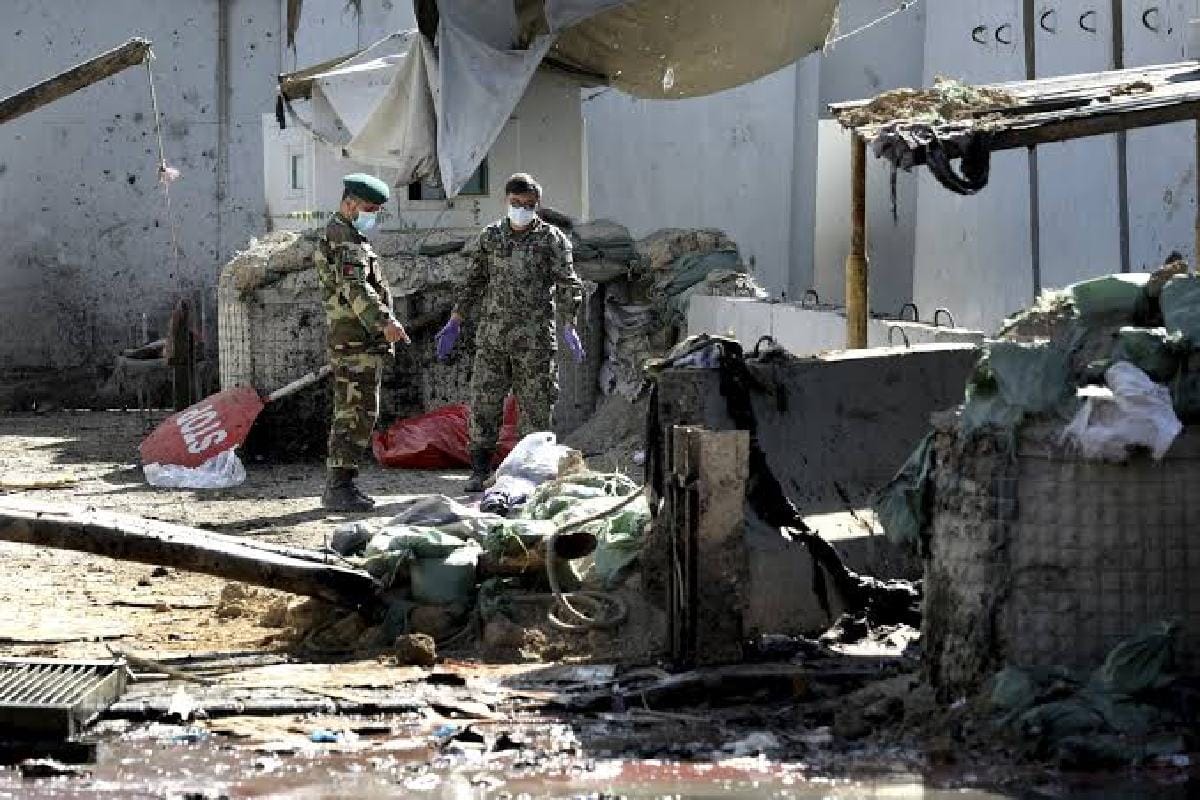 In one of the most gruesome incidents of targeted violence against minorities, unidentified gunmen and suicide bombers stormed a Sikh gurudwara in the heart of Afghanistan’s capital , Kabul on Wednesday, killing atleast 11 people and wounding many. What makes the attack even more repelling is the fact that it was cold bloodedly planned and executed at a time when the whole world, including Afghanistan, is dealing with the threat of coronavirus.

The terrorist group Islamic state has claimed responsibility for the attack, as per various media reports. Talban however has denied any involvement. India has also reacted to the attack saying the launching these attacks at the time of COVID-19 pandemic shows ‘diabolical mindset’. The Islamic State , had a couple of days back issued an advisory to its terrorists saying that they should refrain from travelling to areas hit by the coronavirus pandemic and avoid undertaking attacks in such areas to keep them safe. The advisory which was widely reported in the international media, in the light of this particular attack, seems like was a tactical ploy by the IS to play mind games with intelligence agencies while it could take advantage of the fact that governments were concentrating solely on coronavirus and plan such gruesome attacks.

What is also noticeable is the fact that this attack comes just a couple of weeks after the US and Taliban signed the so called peace deal. The peace deal is already in a state of limbo with the Afghani President Ashraf Ghani and Taliban not reaching an agreement over one of the most significant conditions of the deal – release of 5,000 Taliban terrorists who are currently imprisoned. While the Taliban wants all 5,000 of them to be released before any peace talks with the government begin, Afghanistan President quite understandably doesn’t trust the Taliban and is reluctant to release the prisoners until the peace talsk begin. To add to all this, the US has now announced that it would cut its aid to Afghanistan by 1billion dollar because of the ongoing tussle between Afghanistan’s President, Ashraf Ghani and his main political rival, Abdullah Abdullah. The tussle according to the US, is the main reason behind Afghanistan failing to reach some sort of an understanding with Taliban for the beginning of intra Afghan peace talks. Now, how is all this related to the IS attacks that took place on the Gurudwara in Kabul? Well, because the whole chain of events is signaling towards a period of instability and turmoil in Pakistan, giving free hand to extremist elements. Although the Taliban in all probability isn’t behind these particular attacks but then Taliban didn’t really do anything that could have stopped these attacks. IS and Taliban are both extreme terror outfits. Their ideology and modus operandi might be a bit different but they are both extremist terrorist organizations. So the empowering of Taliban with this peace deal would increase the probability of such gruesome attacks on minorities happening.

This attack also reiterates that India’s concerns vis a vis the safety of minorities in Muslim majority countries of Afghanistan, Pakistan and Bangladesh are not overtly exaggerated. India which is trying to address the concerns of minorities from these countries by bringing in the Citizenship Amendment Act that gives these minorities an upper hand when it comes to applying for Indian citizenship, has faced resistance against the act from its own people, orchestrated on a premise of fear mongering amongst Indian Muslims that this act threatens their existence in India.