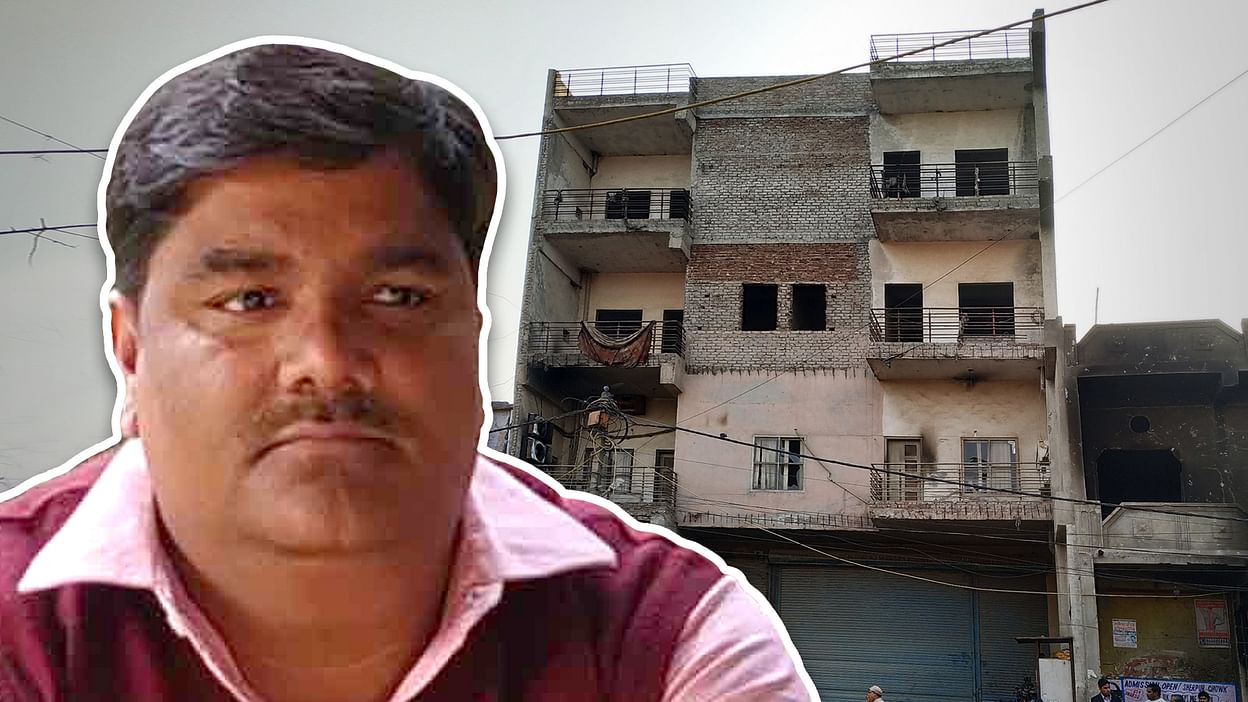 Today, the country witnessed a high-voltage drama of some soldout news channels, including Aaj Tak for making Chandbagh riots mastermind Tahir Hussain a hero, with a raunchy headline like “Tahir Hussain Surrenders Before The Court.”

The fact, however, is he was arrested by the police outside a court, after the court said that it was not the right bench for him to surrender.

The surprise appearance of Tahir comes in the wake of two videos released on Republic TV, which depict a violent and murderous anti-CAA protesters at Chandbagh, brutally attacking the police, in which head constable Ratan Lal was shot dead and DCP Amit Sharma suffering grievous head injuries.

In this attack, name of yet another AAP leader Mohammad Athar is cropping up. Therefore, in an apparent ploy to divert attention, Tahir emerges from nowhere and gives a tailor-made interview – first to Aaj Tak, which tries making all efforts to save him, by not asking probing questions.

Tahir says in the interview that he was not there in the building on February 24 because he himself was a victim of riots and hence had to run away from it along with his family, fearing for his life. And hence, he does not have any connection with February 25 riots.

He also says the police had taken over the building thereafter and was not aware how his house turned into a riot factory.

Here, Aaj Tak should have asked Tahir about the video, where he is seen carrying a stick and speaking on mobile, while hundreds of goons, masked with towels, raining gunshots, stones and acid pouches, from the rooftop.

The channel further should have countered by saying, if the building was taken over by the police, then, is it possible for the police to be unaware about the acid pouches, sticks, stones and other rioting materials, stocked in the building and alerting higher officials?

Or, Aaj Tak should have questioned Tahir by saying whether he was blaming the police of stocking the material?

Also, the channel should have countered Tahir by saying that if he was a victim of the riot, why is it that there are no traces of arson inside or outside of his building, whereas the very next building was burnt down and blackened?

Aaj Tak should also had enlightened Tahir about the account of a witness who had escaped from the grip of his goons at his house. The escapee describes the gory scene where he along with three others were dragged into Tahir’s building, one among them was IB official Ankit Sharma, who was brutally killed. Also, the accounts given by neighours alleging his involvement in murdering Ankit.

Tahir says that he whisked away his family from the building to save their lives. And later, replying to another question, he says that he is not aware of the whereabouts of his family.

Aaj Tak should have retorted by saying, “First you said that you whisked away the family and later say that you do not know the whereabouts of your family. This isn’t convincing, Tahir. And it appears, you are saving your family, because they must have also been involved in rioting.”

Aaj Tak also gave Tahir a good opportunity to play a victim card by saying that he is being targeted just because he was a Muslim.

It also portrayed him as law-abiding person who is even ready to undergo a narco test, a script well written by AAP legislator Saurabh Bharadwaj, who had made such statements in Delhi assembly.

On the other hand, gave a chance for Tahir to target Kapil Mishra, yet another line of all the Lutyens brigade. Aaj Tak here should have countered by saying that Mishra had given a speech to go on protest if Jafarabad sit-in dharna is not cleared. Neither he and his men carried sticks, nor hurled petrol bombs, stones and acid pouches, seen in the video.

Aaj Tak also very cleverly asks Tahir that if he was not guilty why was he suspended from the party. In reply, he says it was for the leaders to explain the reason for his suspension.

The channel clearly is trying to build an image of Arvind Kejriwal as Mr Clean. Instead, it should have contended that it was Kejriwal who had given tickets to those candidates who were facing FIR for anti-CAA riots ahead of Delhi elections.

So, all in all, this looked like a tailor-made interview of Tahir by Aaj Tak.