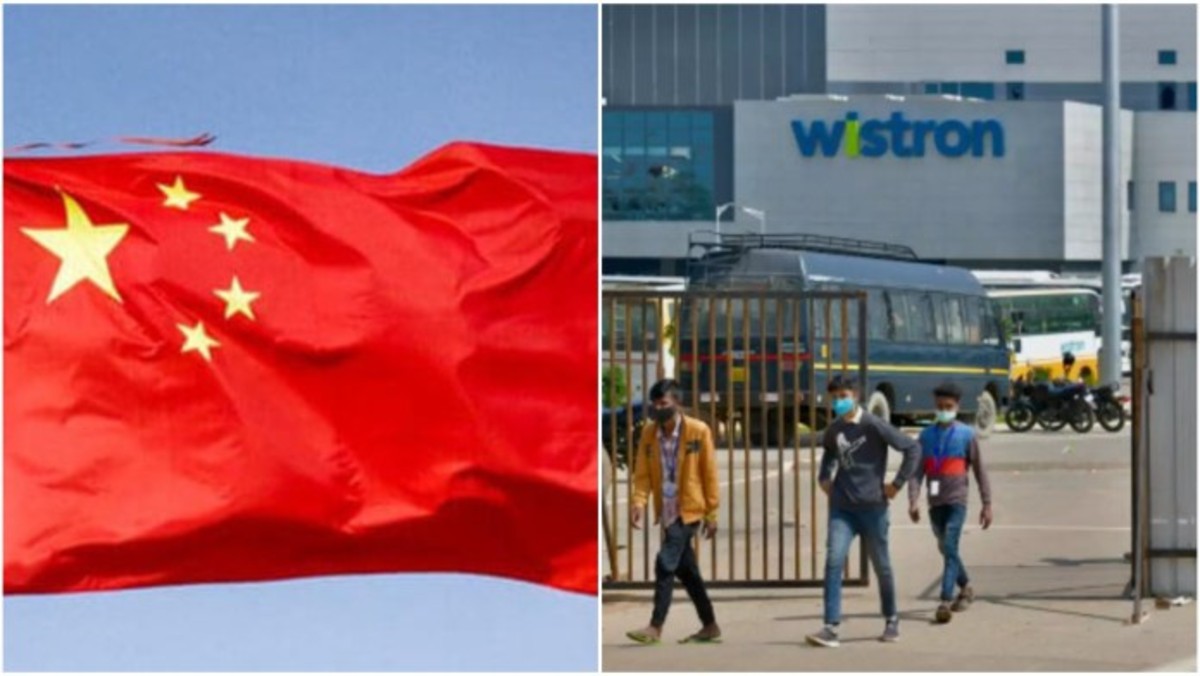 The Chinese Politics Behind Attacking Wistron Facility In Karnataka

Taiwan-based company Wistron was attacked recently by a large number of unidentified people.

Why was it attacked and who attacked it?

Before we answer these two questions, let us talk about the company in a paragraph or two. The company is situated in the Kolar district of Karnataka and it manufactures iPhone parts.

The company had 2,000 employees in June and by October the number went up to 12,000 employees. The operations were going on in full steam in the last few months.

The company paid a salary of Rs 22,000 per worker for an eight-hour shift, which is well above India’s wage for unskilled workers. Besides this, it provided favorable working conditions. Therefore, a workers’ revolt in such a robust situation seems unlikely.

So, who led the revolt? The company authorities clearly said that the vandalization of its plant was orchestrated by outsiders. The violence on Wistron’s premises was masterminded by Srikanth, a leader of the Students Federation of India, a students’ wing of CPM, who was later arrested by Kolar police.

Why did the Communists incite the violence on Wistron?

The vandalization was orchestrated following a ban imposed on hundreds of Chinese companies by the Indian government over an increasingly bitter border showdown between the two neighboring giants. Also, it happened when many of the foreign companies including Wistron sifted their units to India from China due to the spread of the Covid pandemic.

The violence was instigated to show India in a poor light in terms of providing security to foreign companies, low productivity levels, and the existence of a severe pandemic situation. And, make them believe that returning to China would be a better option where they have the most stable labor market and the potential of registering tremendous growth.

In fact, Global Times, a mouthpiece of the Chinese government, did an article on the same lines, titled- ‘Chinese netizens called for Apple to move to manufacture back to China.”

Not only the Global Times but also many international media portals, which receive billions of dollars from the Communist Party of China and its affiliate companies in the advertisement, quickly lapped up the incident. Resultantly, the news spread like wildfire in global media like Bloomberg, the New York Times, and The Wall Street Journal.

Apple too announced a probe in the matter and dispatched a team to investigate the incident.

This is not the first time that China has played a role in disturbing the functioning of non-Chinese companies in India.

Some time back, the Chinese companies had funded the anti-Sterlite protest in Tamil Nadu. In fact, this was revealed by the Sterlite company owner Anil Agrawal before Madras High Court.

He claimed that the Chinese-backed NGOs and companies had funded anti-Sterlite protests to put pressure on the weak Tamil Nadu government which ultimately decided to shut down the plant.

The shutting down of the Sterlite Plant benefited the Chinese companies. It forced India to import 2 billion dollars copper which Sterlite used to satisfy earlier.

This is the same tactic applied by the Communist eco-system in India to close down the Wistron facility in Karnataka, to ensure the Chinese companies benefit.

And as usual, the mainstream media covered the attack on the company prominently but buried the Chinese politics behind it.