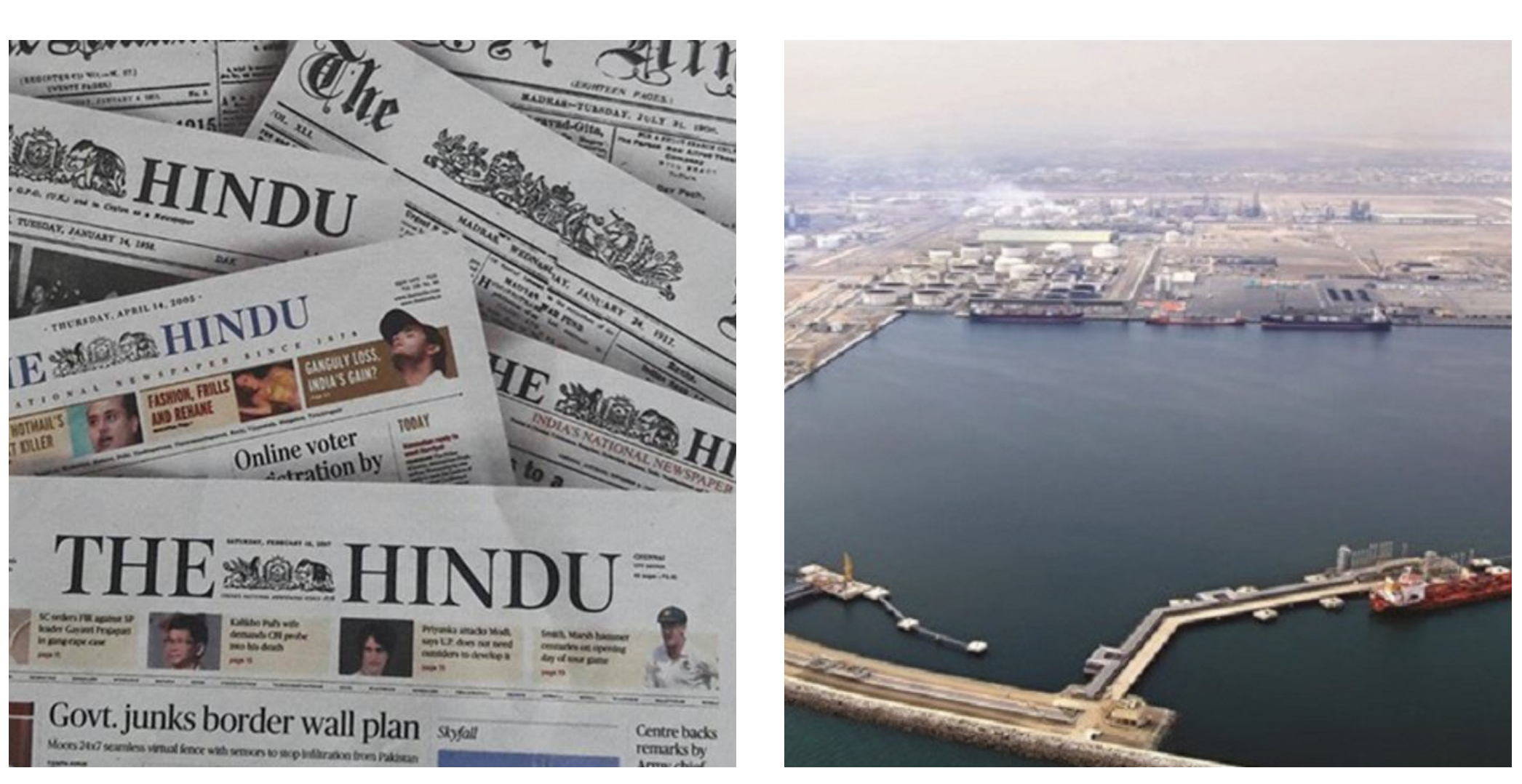 The Hindu, a couple of days back, had published a news, which almost soured the cordial relations between India and Iran.

The left-leaning media had carried a story informing that Iran had dropped India from the Chabahar rail project along the border with Afghanistan citing delays from New Delhi.

Almost all the Lutyens media carried the news and its support system created a storm on social media.

However, Iran has denied the report.

A deputy to Iran’s Ports and Maritime Organization, Farhad Montaser, dismissed the story totally false as there was no pact signed between the two nations regarding Zahedan-Chabahar railway.

“We had a list of Indian investments in Chabahar port, which also included the issue of Chabahar railway infrastructure and the railway, but during the negotiations it was not agreed,” Montaser said.

He also said US sanctions have nothing to do to Iran-India’s cooperation in Chabahar.

This is not the first time that The Hindu tried to spoil the diplomatic relations of India with other nations.

Earlier, the newspaper tried to ruin Indo-France relationship over fake Rafale campaign in its quest to damage BJP’s prospects in 2019 Lok Sabha elections.

The report, citing official documents, had claimed that Prime Minister Narendra Modi was running parallel negotiations based on an internal report of the Ministry of Defense.

However, the report did not mention whether the supposed parallel negotiations carried out by PM Modi had anything to do with the pricing or offset deal with Reliance.

In fact, G Mohan Kumar, who was the Defence Secretary at the time of the Rafale negotiations, himself clarified that the dissent note had nothing to do with the pricing. The then Defence Minister Manohar Parrikar also replied to the dissent on the note itself.

He wrote: It appears that the PMO and French President’s Office are monitoring the progress of the issue which was an outcome of the summit meeting. Para 5 appears to be an over reaction. Defence Secretary may resolve the issue/matter in consultation with the principal secretary to the PM.”

So, it was clearly stated by Parikkar that both PMO and French President offices were monitoring the government to government deal, and the comments of the secretary is an overreaction.

However, The Hindu published the news by omitting this vital reply of Parikkar written at the bottom of the note.

Moreover, the dissent note written by Mohan Kumar was neither a part of Defence Acquisition Council nor Indian Negotiating Team. Therefore, he did not know anything about the pricing. Both DAC and INT negotiated and finalised various terms and conditions related to price, delivery and maintenance of the Rafale aircraft.

Often, a lot of pressure is put on the Modi government to take strict action against big newspapers like The Hindu for carrying fake stories, but nothing happens. At least, people can suspend purchase of anti-India and anti-Hindu newspapers.