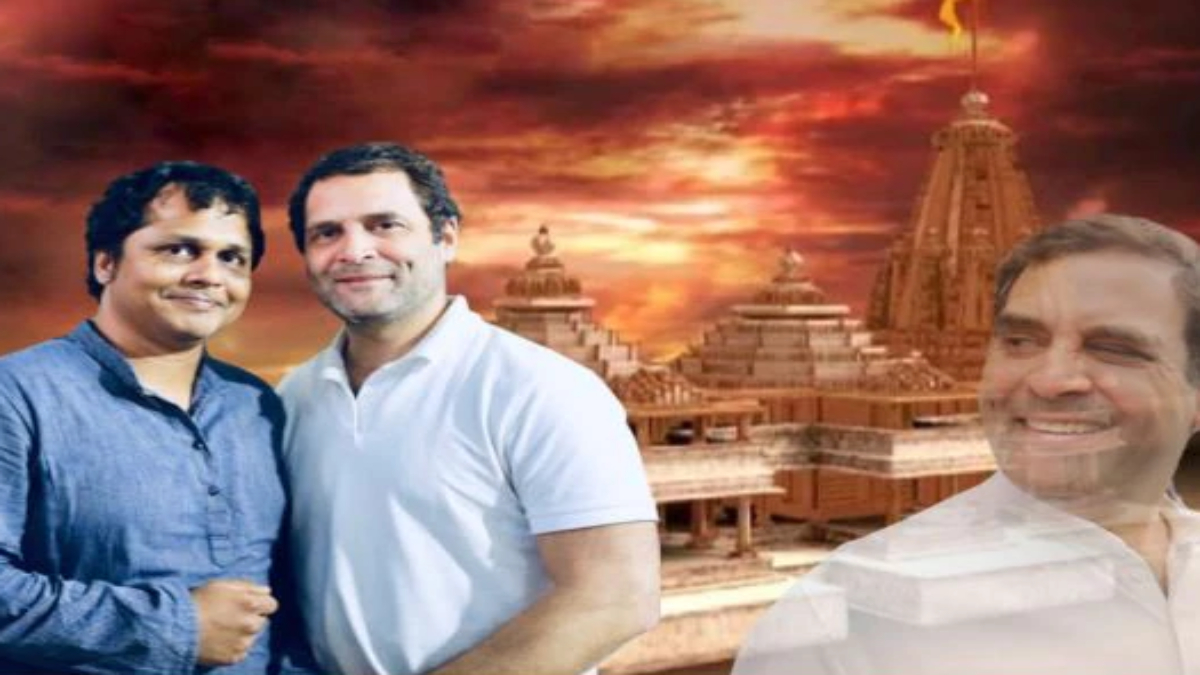 The Real Intent Of Liberals To Stop Bhumi Pujan At Ayodhya

A Congress party supporter Saket Gokhale has filed a petition in Allahabad High Court demanding a stay on Bhumi Pujan of Ram Mandir at Ayodhya on August 5.

The reason for such a demand he states is that the Bhumi Pujan if held will be “violation of coronavirus guidelines.

Before going into the main issue, it is necessary to understand who Saket Gokhale is?

Gokhale has the track record of threatening people, but with no result. He also indulges in peddling fake news.

Delhi police, during anti-CAA agitations, had exposed his false claims of the police granting him permission to hold a rally chanting ‘desh ke gaddaron ko, goli maaro saalon ko.’ This was an attempt by him to hold Anurag Thakur, MoS Finance, for provoking people in Delhi by using this slogan during a rally.

The Congress had got hold of a response by RBI to an RTI query filed by Gokhale. The activist had sought a list of wilful loan defaulters from the apex bank.

After RBI released the names of top 50 defaulters, Karnataka Congress accused Modi government of writing off a staggering Rs 2,212 crores of debt by the Ruchi Soya Industries, which belongs to Patanjali group.

However, there was little merit in the accusations because Patanjali had paid all the dues of Ruchi Soya after its acquisition.

The Congress was lost on the accusations as it had shared outdated data to assert that the government was in cohoots with capitalists, while ignoring the plight of poor people.

The oudated list of defaulters will not have the name of Ruchi Soya as it became a Patanjali group firm in December 2019 and all its dues as pegged by the National Company Law Tribunal(NCLT), which presided over its insolvency proceedings, were settled by Patanjali Group.

Gokhale also had spread wild conspiracy theories casting aspersions on Modi government of indulging in buying a Rs 2.5 lakh ventilator for Rs 4 lakh under PM CARES fund, thus causing a loss of Rs 750 plus crore to its exchequer.

Coming back to the main issue, the latest move by Gokhale is nothing to do with the restriction of the Pujan Pujan. He and his supporters pretty well know the outcome of this plea because Supreme Court’s verdict on allowing Jagannath Puri Rath Yatra is before them. It had reviwed its earlier order of staying the yatra amidst increasing Covid cases in Odisha.

The yatra was allowed with certain riders such as imposition of one-day curfew and rituals telecast live for the benefit of the devotees. Utmost precautions were taken by asking the servitors and participating members to undergo Covid test and only those would pull the chariot who tested negative.

Therefore, it is expected that the court would allow Bhumi Pujan of Ram Mandir, which is scheduled to be done by Prime Minister Narendra Modi.

Then, what are the reasons for people like Gokhale to create obstacles in performing Bhumi Pujan for Ram Mandir?

The reasons are not far off to seek. The building of Ram temple will demolish the Divide Adnd Rule policy of the eco-system. Because, Lord Ram is an epitome of unity in diversity. His trail from Ayodhya to Sri Lanka, and the stories associated with it, are testimony to the cultural unity of India.

It will represent a genocidal crime of the invading Muslims who wanted to erase the very existence of Hindus and their culture.

It will also represent India’s response to Muslim colonisation and a symbol of man’s resilience in the face of religious persecution, which will render the politics of Mullahs and deceitful Muslim politicians, ineffective. For seven decades, they had succeeded in concocting stories against the existence of the temple and Lord Ram Himself, for they very well knew that they can rule only in this way.

These are some of the facts that batters them and hence, they are taking unreasonable steps to make their minority constituency happy. Unfortunately, this also is not working for them.

As reports came in by evening, the Allahabad Court had dismissed Gokhale’s PIL, saying that the petition was based on assumptions.