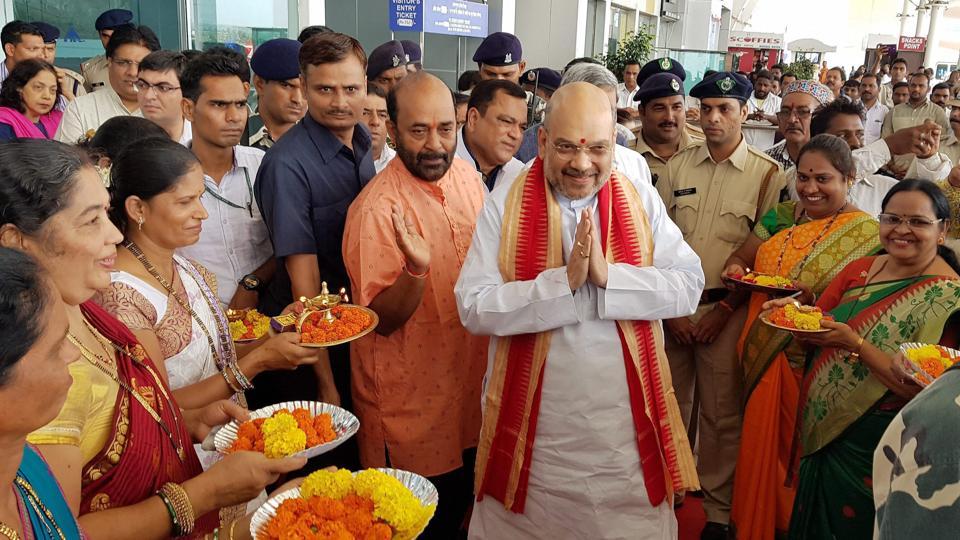 Many are talking about Amit Shah turning the tables against Aam Aadmi Party in the runup to Delhi elections, but none are discussing the reason for the BJP strongman himself participating in door-to-door campaign.

Shah has learnt from the past mistake of depending too much on local BJP workers, who had secretly worked for AAP in 2015 election, due to their association with Anna Hazare movement against corruption, of which Arvind Kejriwal was also a part.

To check this anti-party activities by BJP workers, Shah launched a door-to-door campaign and deployed party workers from Eastern Uttar Pradesh, Bihar and Punjab, to woo Poorvanchali and Punjabi votes, who call the shots in making or breaking the government.

Kejriwal has outsourced services from various agencies, who are inexperienced in electoral campaigning.

AAP candidates have hardly held door-to-door campaigns for reasons well known to them. Probably, they are afraid of facing people’s ire, for they know of their failure to fulfill promises made in previous election manifesto.

Moreover, women voters, who were amenable to AAP’s freebie politics, have shifted towards BJP, in the light of Shaheen Bagh protest, which has come under severe attack by people. They do not want to see any other Shaheen Bagh like protests in Delhi by giving vote to AAP.

Also, people are disappointed with Kejriwal who gave a sewing machine to one of the Nirbhaya rapists. They are also angry over the delay in imprisoning the Tukde-Tukde member Kanhaiya Kumar for treason and giving justice to Nirbhaya’s mother.

The Kejriwal government is accused of delaying justice by filing mercy petition.

The voters also are unhappy with AAP’s links with People’s Front of India, which has been accused of funding anti-CAA protests across India. Also, they are perturbed over Kejriwal’s theatrics of sending a gunman near Shaheen Bagh in a conspiracy to malign BJP and Hindus, soon after the arrest of Sharjeel Imam, who was arrested for giving anti-national speech. He had threatened to severe country’s chicken neck to delink the entire North-East from it.

The support for Shaheen Bagh protest has vitiated his image of being anti-Hindu, and hence to win over Hindu votes, Kejriwal found himself reciting Hanuman Chalisa at the fag end of the campaign.

Voters also are angered with Kejriwal for failing to deliver on 75 per cent promises made in 2015 election manifesto. One of the biggest promises not kept was providing piped water and clean drinking water.

Considering all these facts, it is very difficult to forecast an AAP victory as claimed by Kejriwal and Lutyens media. However, it will be known on February 11.