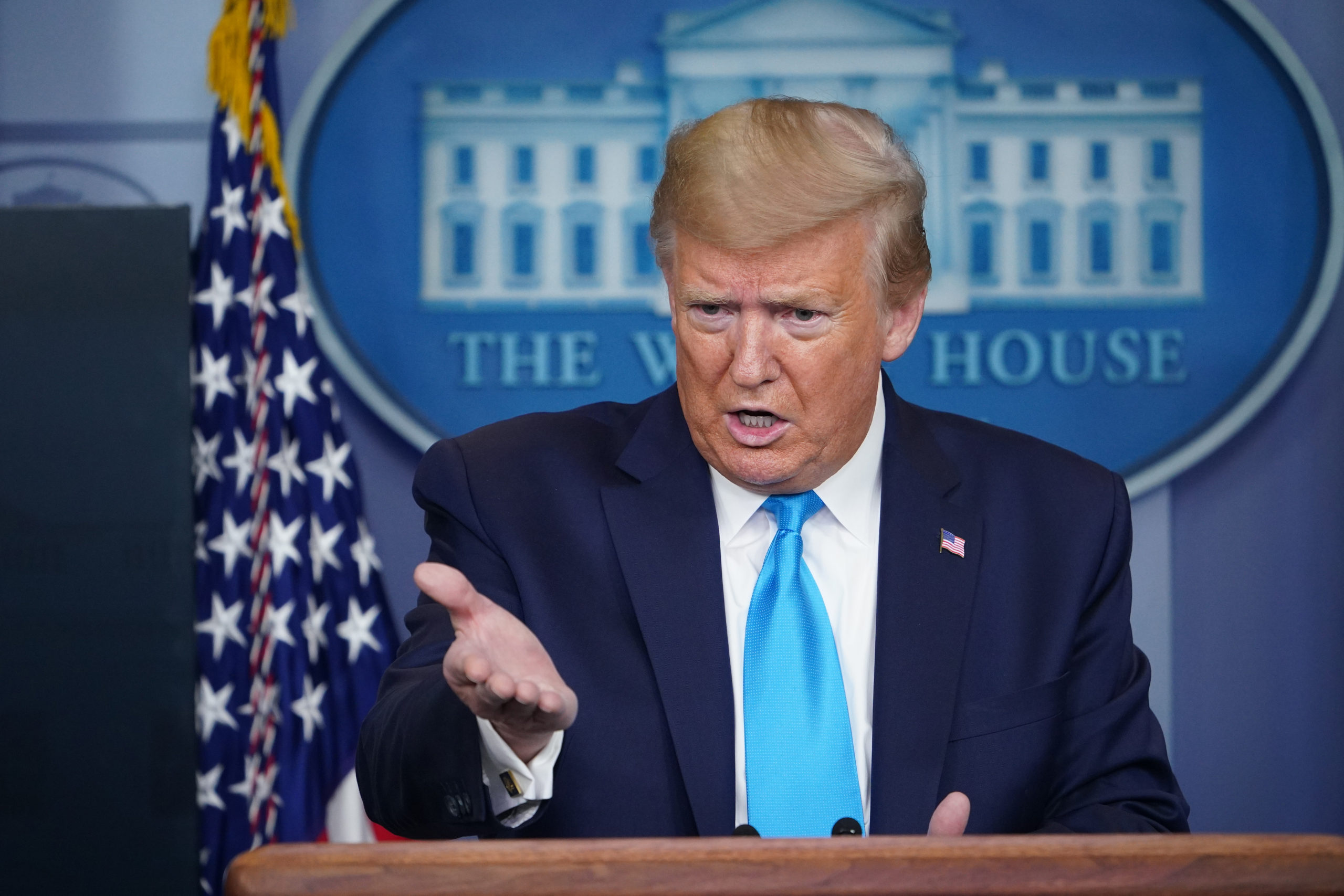 Trump to cut WHO funding over its coronavirus mishandling

American President Donald Trump has announced that US would cut all WHO funding temporarily in wake of the World Health Organization’s alleged mishandling of the coronavirus pandemic by deliberately concealing information and spreading propaganda and misinformation on behalf of the Chinese government.

The WHO has been under the scanner across the world for its ineffective handling of the coronavirus pandemic. Many senior investigative journalists and foreign policy experts have accused the WHO of playing like a puppet in China’s hands. The World Health Organization has made some rather glaring blunders in its handling of the coronavirus crisis. On January 14th, WHO had tweeted that preliminary investigations conducted by the Chinese authorities have found no clear evidence of the human to human transmission of the novel coronavirus. Two weeks later, as China began to report thousands of cases of coronavirus and cases in other countries began to emerge as well, the WHO Chief Dr Tedros Adhanom Ghebreyesus visited China and praised its leaders for their transparency! It was only as late as January 30th that the WHO finally declared it a public health emergency after about 10,000 cases of the virus had been confirmed.

The mainstream media across the world is being largely critical of Trump’s decision to cut WHO funding, the argument being this could have a disastrously negative impact on WHO’s efforts to fight ccoronavirus. The critics say that this is the time to get together and fight coronavirus, not a time to play politics. Well, that’s precisely American President Donald Trump’s point though. WHO has been consistently playing politics over coronavirus which has already cost more than 1 lakh lives across the globe and unless WHO is bought to task in some way, this politicization won’t stop . Maybe its juts a threat by the American President to the WHO so that the world health body mends its ways and stops playing to China’s tunes. If the funding is actually cut, it could indeed be a setback for the global fight against coronavirus. But then it’s equally important to hold the WHO accountable to whatever is happening. Cutting its funding might be a bit rash though, what would perhaps work better is to draw global consensus over WHO’s mishandling of the situation and then collectively hold it accountable.

RSS Students Did Not Kill People Like Ajmal Kasab Did, Mr Gandhi