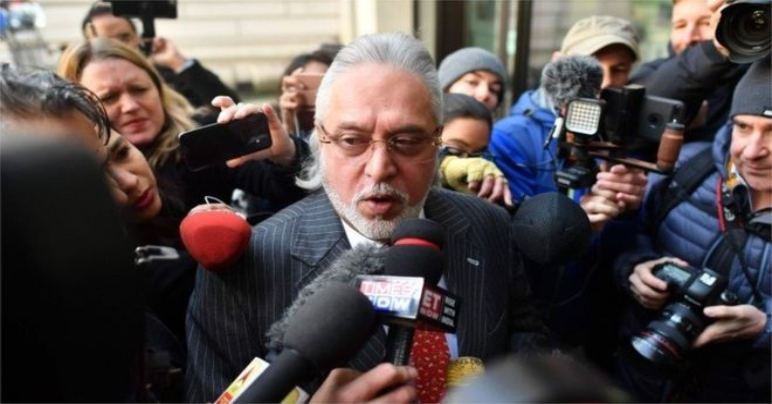 “It is clear beyond any doubt that the SDJ Emma Arbuthnot directed herself properly. It is clear she had the criminal burden and standard in mind when she considered whether there was a prima facie case,” court added.

A bankruptcy order was sought against Mallya by a consortium of the Indian public sector banks led by State Bank of India (SBI).

The consortium seeks to recover nearly Rs 9,000 crore of unpaid loans from the embattled Mallya, who fled India in March 2016 and has been living in the UK since then.

In March, the Supreme Court adjourned a plea filed by Mallya, requesting a stay on proceedings initiated by the Enforcement Directorate (ED) to declare him as a fugitive economic offender and confiscate his assets amounting to Rs 9,000 crore.

Mallya had appealed to the High Court against his extradition to India this February. He is wanted in India on alleged fraud and money laundering charges, had challenged the extradition order in the UK High Court.

Mallya’s lawyer Claire Montgomery had appealed against senior district judge on six grounds, which were dismissed by the High Court bench.

The verdict was reportedly pronounced theorugh an email due to coronavirus outbreak.

The ball now is in Home Secretary Preeti Patel’s court, to take a final decision on the matter.

A special court this year had permitted a consortium of 15 banks led by the State Bank of India (SBI) to utilise movable assets of Mallya towards repayment of his debt.

The assets, comprising financial securities like shares of the United Breweries Holdings Ltd (UBHL), were attached by the special Prevention of Money Laundering Act (PMLA) court in 2016, when it declared Mallya a proclaimed offender.

Mallya is on bail on an extradition warrant executed by Scotland Yard in April 2017, involving a bail bond worth GBP 650,000 and other restrictions on his travel.

Justice Arbuthnot had found clear evidence of dispersal and misapplication of the loan funds and accepted a prima facie case of fraud and a conspiracy to launder money against Mallya, as presented by the CPS on behalf of the Indian government.

Mallya last month had tweeted that he had made repeated offers to pay 100 per cent of the amount Kingfisher Airlines had borrowed from the banks.

He said, “Neither are Banks willing to take money and neither is the ED willing to release their attachments which they did at the behest of the Banks.”

Mallya also wished that the Finance Minister would listen to him in times of this crisis.