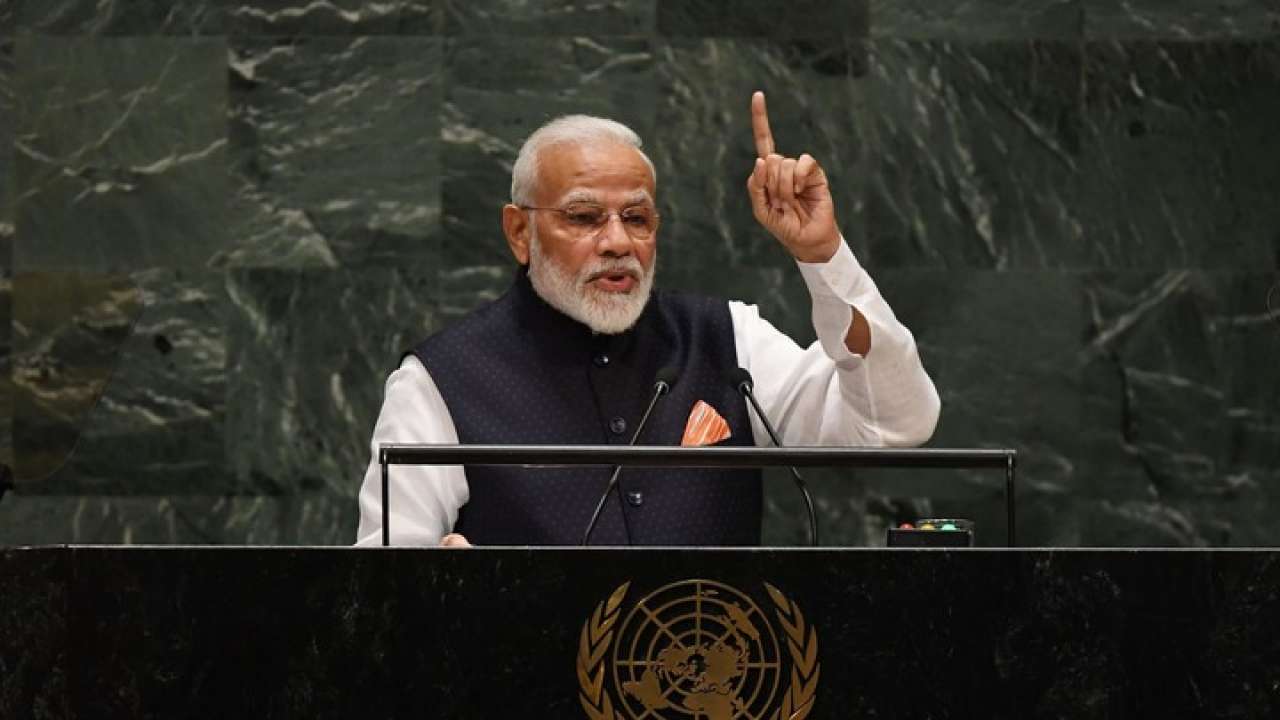 US-Iran Tension: Can Modi Give The World Buddh Instead Of Yuddh?

Yesterday, the left-liberal channels in India, went on calling Donald Trump for “kneeling down” to Iran after they termed his reply as “weak”. Phew!

Actually, the chicken little channels got all wrong, but Trump got it right: “Iran appears to be standing down, which is a good thing for all parties concerned and a very good thing for the world.”

Iran’s wet-firecracker missile attacks killed neither any Iraqi nor an American, though Iran’s state media claimed 80 Americans dead and many wounded.

Nevertheless, the left-liberal media has all the right to criticize Trump, but it missed a bigger point, a proud moment, if one may call it. The proudest moment was Prime Minister Narendra Modi’s possible role of de-escalating tension between Iran and the US.
Hours after Iran had launched missile strikes against two US military bases in Iraq in retaliation to the killing of its top commander General Qassem Soleimani, Iran had said it welcomes any peace initiative by India for de-escalating its tensions with America.

Iranian Ambassador to India Ali Chegeni said, “India usually plays a very good role in (maintaining) peace in the world … We welcome all initiatives from … India as a good friend for us, to not allow escalation (of tensions).” “We are not for war, we are looking for peace and prosperity for everybody in this region,” he added.

Why India Was Best Suited For Playing Peacemaker’s Role?

In an event of a war between Iran and US, Britain, France, Germany, and Israel are most likely to support the US, but Russia may indirectly support Iran’s first Supreme Leader Ayatollah Ali Khameini because Russian President Vladimir Putin does not want to see Iranian allies getting smashed militarily and economically, which will result in regime change in Tehran. Thereafter, Kremlin may find it very difficult to deal with the new government, which may show its back to Moscow and make peace with the West.

Russia is a very good friend of Iran as Putin had played a major role in creating a Russian-Iranian alliance that saved Bashar al-Assad’s regime in Syria.

China may take Iran’s side to save its economy. China is worried about the US restricting oil imports over a clash across the Taiwan Strait or in the South China Sea. Therefore, China needs Iran in the “east flank” of the Persian Gulf to prevent a full blockade by the US Navy, which controls Gulf’s west bank.

So, in this scenario, India is the only country that can play a hopeful peacemaker’s role to de-escalate US-Iran tensions. Modi has a very good personal diplomatic outreach and camaraderie with middle east nations like Saudi Arabia, UAE, Israel, and Iran. Between 2018 and 2019, Modi has been bestowed with high civilian awards from UAE, Saudi Arabia, Palestine, and Bahrain.

India also has taken its ties with the US to a higher trajectory under Modi’s rule. The Prime Minister’s address to a congregation of about 50,000 Indian-Americans in Houston had opened up a new chapter in US-India bilateral relations. trade reasons.

India has major stakes in Iran to protect the Chabahar project, which will help India bypass Pakistan in transporting goods to Afghanistan. It will boost India’s access to Iran that has sea, rail and road routes between India, Russia, Iran, Europe, and Central Asia.

The port also will benefit India in countering Chinese presence in the Arabian Sea which China is trying to secure by helping Pakistan develop the Gwadar port, which is 100 km away by sea from Chabahar.

The port could be used if China decides to show its naval power by stationing ships in Gwadar port to reckon its upper hand in the Indian Ocean, Persian Gulf and Middle East.

Once the port becomes operational, import bills of oil to India will be reduced drastically.

If Trump escalates the situation by retaliation, it would result in increase in oil prices which would have a negative impact on Indian economy.

Therefore, India’s role is very big in dousing tensions between both countries.

Probably, Modi has made history by gifting the world with Lord Buddha’s message of peace instead of war.

After all, India gave the world ‘Buddh’, not ‘Yuddh’.