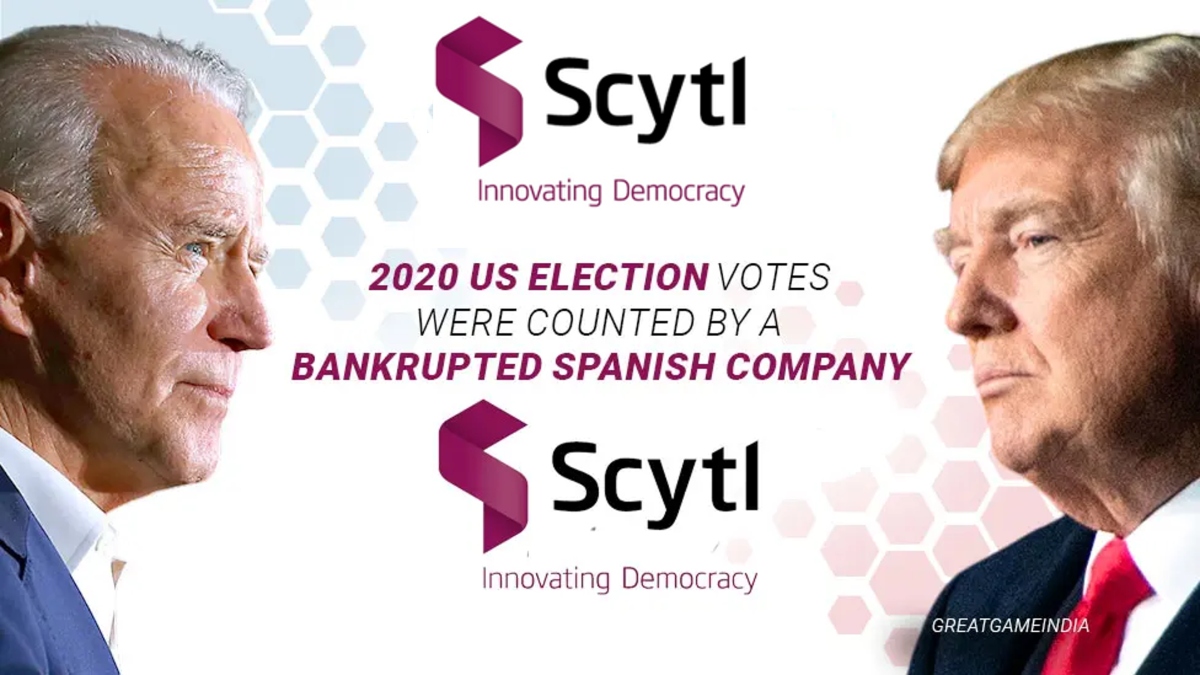 Was The 2020 US Election Rigged To Deny Trump’s Re-Election?

The Chairman of the US Federal Election Commission Trey Trainor believes that the 2020 US Presidential election is illegitimate.

Though this should have been brought out by the mainstream media like the New York Times and CNN, it is being done by small-time right-wing media houses.

They have reported an unprecedented rigging of the 2020 US Elections by the dubious Canadian and Spanish companies. Both the Dominion Voting Systems and Scytl companies have a long history of election fraud in various countries.

These reports have prompted people to question the decision of the US authorities to outsource the vote-counting task to foreign companies and allow American votes to be counted in Spain and Canada.

Many US states and cities have been using the Barcelona-headquartered Scytl’s election services since 2008. The company was providing services to more than 35 countries in 2014. However, it had faced serious charges of election voting fraud.

Scytl’s software also was used in several parts of Ecuador in 2014.  It ran into loads of problems and the election results were announced a month later, contrary to the 72 hours promise to complete the task. However, the company blamed Ecuador’s poor infrastructure.

In 2011, Scytl deployed its software in Norway after tying up with the local government. The company ran into controversy in 2013 when it was found out that all voters managed to vote twice using the software.

In 2014, Norway withdrew Scytl’s internet voting project, due to security failures, lack of increase in turnout, and high costs.

In Switzerland, the Swiss authorities abandoned the use of Scytl’s e-voting system in the Swiss referenda of 19 May 2019 due to deficiencies in the code that gave a window to operators to alter votes.

Like Scytl, the Denver-based Dominion Voting Systems also has a long history of an allegation of election rigging and interference in elections of various nations including census data theft in India.

Dominion had faced troubles with several subsidiaries it used over alleged cases of fraud. Smartmatic is one among them, which has played a role in the US market over the last decade.

The company’s online voting services ran into trouble after glitches were detected in the 2010 and 2013 mid-term elections in the Philippines.

Smartmatic’s chairman Mark Malloch Brown is a former vice-chairman of an Investment Funds company owned by George Soros, who has vowed to topple the right-run governments around the world.

This connection between Brown and Soros has compelled media and government officials to raise questions about its involvement in the US electoral process.

The Dominion Voting Systems has also come under suspicion of rigging the election because the company has worked with high-ranking Democrats like Nancy Pelosi.

The company also has worked with the Clinton Global Initiative through the DELIAN Project.

It also came under scrutiny for its suspicious operations, hidden ownership, and origins of its parts, in December 2019. Some of the parts came from China, a country that disfavors President Donald Trump’s re-election.

Whatever is the truth, it will only be revealed after a forensic probe throws light on the voter fraud that has taken place in the 2020 US election.