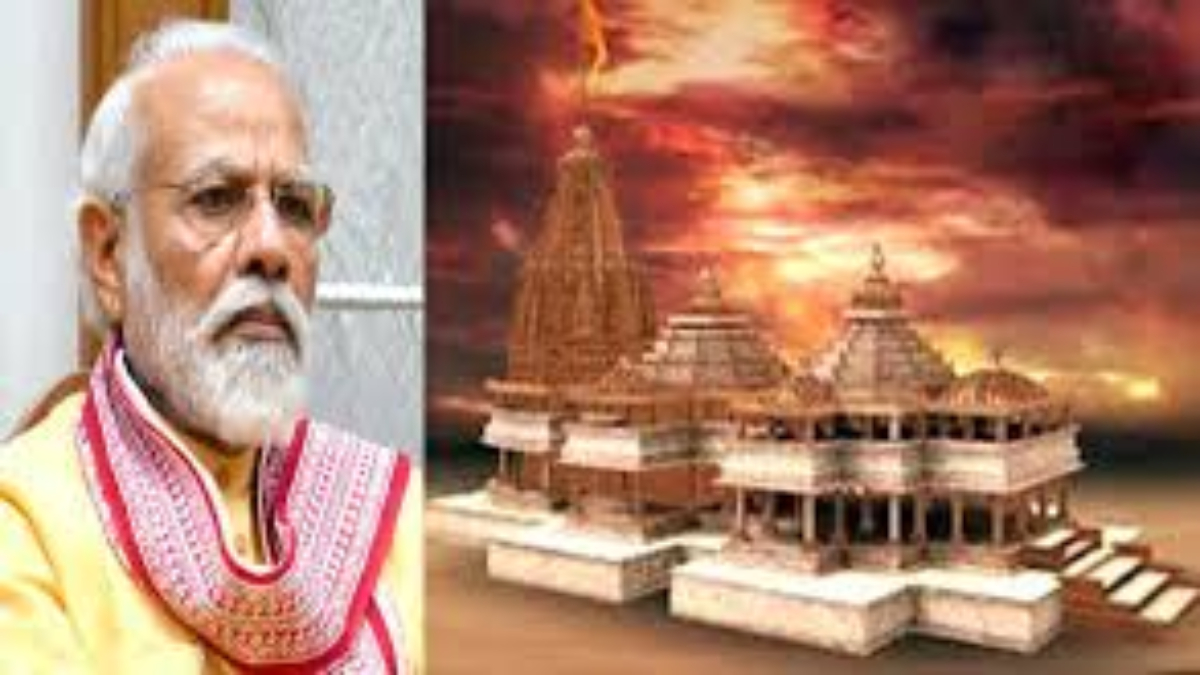 What Does Modi’s Visit To Ayodhya Means To Hindus?

Why is construction of Ram Temple at Ayodhya very important for Hindus? What does PM Narendra Modi’s visit to Ayodhya means to Hindus?

These were a couple of questions that cropped up in my mind as I read a controversial statement of Maharashtra strongman Sharad Pawar, who indirectly attacked Modi’s schedule to lay the foundation stone at Ayodhya.

The former Chief Minister on July 19 said some people think building a temple will help get rid of the Covid-19 pandemic.

We would like to delve into the questions that arose in our mind in some detail.

Unfortunately, our textbooks authored by Marxist propagandists, have whitewashed India’s colonisation at the hands of Muslims, who subjugated Hindus and imposed foreign structures on the oldest civilisations of the world.

They destroyed temples, massacred Hindus, converted and imposed Shariah on them. They also prohibited the building of temples and practice of Hinduism.

The temple when it is built will represent and stand for much more than a temple. It will represent India’s response to Muslim colonisation and a symbol of man’s resilience in the face of religious persecution. It will be a symbol for persecuted to regain their lost heritage.

It will represent a genocidal crime whose purpose was to erase the very existence of the Hindus and their religion and culture.

The building of Ram Mandir will also render, the politics of Mullahs and deceitful Muslim politicians, ineffective.

For seven decades, they succeeded in concocting stories against the existence of the temple and Lord Ram Himself, for they very well knew that they can rule only in this way. Previous governments played Muslim appeasement politics which made even a reasonable request look like a form Hindu terrorism.

Why does the left-liberal cabal hate Lord Ram the most?

The character of Lord Ram is diametrically opposite to the left-liberal idea of “Divide and Rule.” Lord Ram is the most revered deities of the Hindus, who unites people from all languages and geographies, through Ramayana. His trail from Ayodhya to Sri Lanka, and the stories associated with it, are testimony to the cultural unity of India.

This unity, the left-liberal cabal, wants to break, so that their agenda of conversion and destroying cultural identity of the Hindus, goes on smoothly.

Thus, Modi’s visit to Ayodhya to lay the foundation stone of Ram temple is not mere visit, it is a symbol of human victory over demons.

Read All Stories On Ayodhya Here