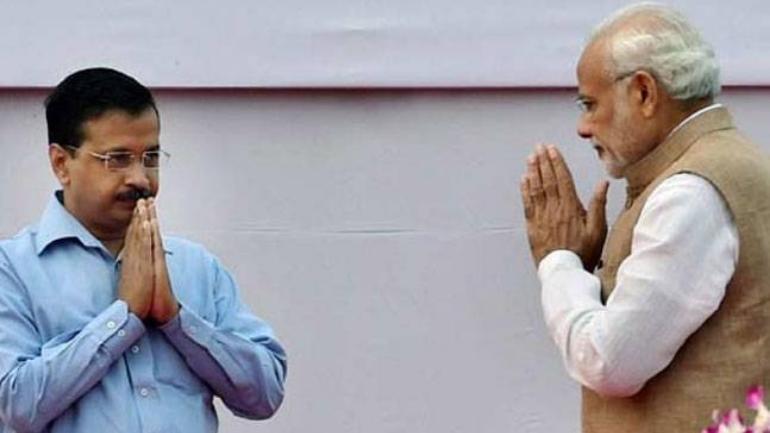 Why Did Kejriwal Meet Modi After Kapil Mishra’s Tweet?

The crime branch of Delhi police yesterday had sent a report on Tahir Hussain’s call details to media, but was not published. This unscrupulous act of Lutyens media was exposed by BJP’s Kapil Mishra in a tweet.

The report, which is in possession of India Speaks Daily, says, as many as 56 calls were made by Tahir Hussain to Amanatullah Khan and 18 to Sisodia, besides nine to Kejriwal. It also mentions calls made to Sanjay Singh, which he had admitted earlier.

Emerging from the meeting, Kejriwal praised Delhi police for bringing the situation under control and talked about the need for both central and state governments to take steps to avoid riots in future.

This is a very interesting comment, because, instead of attacking the central government, Kejriwal spoke about the steps to check violence in future. This only raises the suspicion that the Delhi Chief Minister is anticipating police action against suspects belonging to his party, which prompted him to meet Modi.

Kejriwal also made yet another interesting comment. He said he has requested Modi to take stern action against those involved in the riots, no matter how influential they are. Going by this remark, one should not be surprised if he would take action against Sanjay Singh and Amanatullah Khan, because he has a track record of ousting leaders like Prashant Bhushan, Yogendra Yadav, Ashutosh and Kumar Vishwas, in the past.

The media, on the other hand, neither is making it a big issue, nor debating the politics around it, because it is busy propagating false narrative of painting Delhi riots as anti-Muslim, to keep Kejriwal in good humor, whose government had given Rs 550 crore advertisement during elections.

People must be aware of Sanjay Singh lying to the media, denying presence of Tahir Hussain in his house during the riots and claiming the councillors’s house was under attack.

On the contrary, police claimed that Tahir Hussain, in fact, was safe in his house, according his location found in his call details and did not require rescuing. Therefore, it would not be a surprise that Sanjay Singh would be summoned for investigation in days to come.

The report also mentions about Tahir Hussain making several calls to the party’s media manager during the riots. Therefore, one is not surprised about the tweets of journalists like Rajdeep, Sardesai, who was focusing on spinning a false narrative of anti-Muslim riots, ignoring the deaths of IB official Ankit Sharma and head constable Ratan Lal, besides several Hindus.

The report also mentions about the rioters smashing to pieces CCTVs installed in the city, but not PWD-installed ones, before inciting riots. This raises suspicion of involvement of AAP goons, because they knew the locations of the CCTVs installed by their government, but not others.