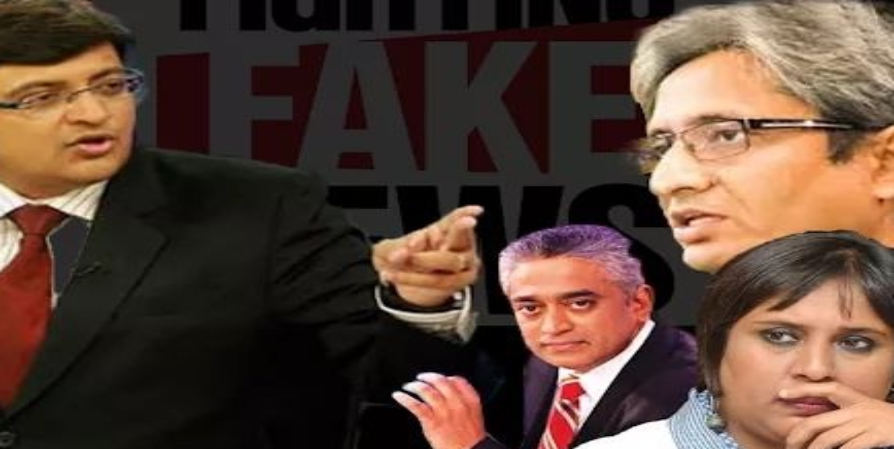 It is not hidden from anyone that the left-liberal media and self-styled intellectuals sympathise with Islamic terrorists, which has been demonstrated by them, time and again.

Usually, the left-liberal media, from The Wire to BBC and NDTV etc, often make heroes out of the slain terrorists, but there has been a slight change in their voices after Naikoo’s killing.

The change is in the usage of words for the slain terrorists. Earlier, they called deceased terrorists as martyrs, but of late, they are shying away from even calling them as terrorists.

The Wire and some others shied away from calling Naikoo a terrorist, but called him Operational Chief in their reports. They did the same when Burhan Wani, Zakir Musa and Lashkar-e-Taiba terrorist Abu Dujana were killed. They had spun a human interest story, claiming that Burhan had lost his life due to one of his girlfriend’s infidelity.

They reported that one of his girlfriend was unhappy with his relationship with other girls and wanted to teach him a lesson. Therefore, she became an informer and tipped off security officials about Burhan’s movement.

This campaign of glorifying and humanising terrorists as victims, was first started by so-called journalist Barkha Dutt. Later, many others followed suit. Raghav Bahl, The Quint’s founder, carried forward the propaganda of whitewashing crimes of Islamic terrorists like Osama bin Laden. They painted him as an ‘ideal father.’

They also keep whitewashing the barbaric acts of the Mughal and other Islamic invaders, whenever an opportunity arises for them to communalise issues. They communalised CAA and Tablighi issues, which has resulted in riots and tension.

In 2018, Azan Javed of HuffPost had written a poignant report on Naikoo’s journey from being maths teacher to becoming a Hizbul chief. The Indian Express too has taken initiative to gain cheap popularity by writing prose on Naikoo’s education, pension and daily chores.

The reality is, the ‘Propaganda Jamaat’ like The Wire, The Quint, The Print, NDTV, The Hindu, The Times of India, Aaj Tak, BBC etc, don’t call terrorists as terrorists, because they perhaps realise that the real terrorists are not the gun-wielding ones, but pen-wielding leftist propagandists like them.