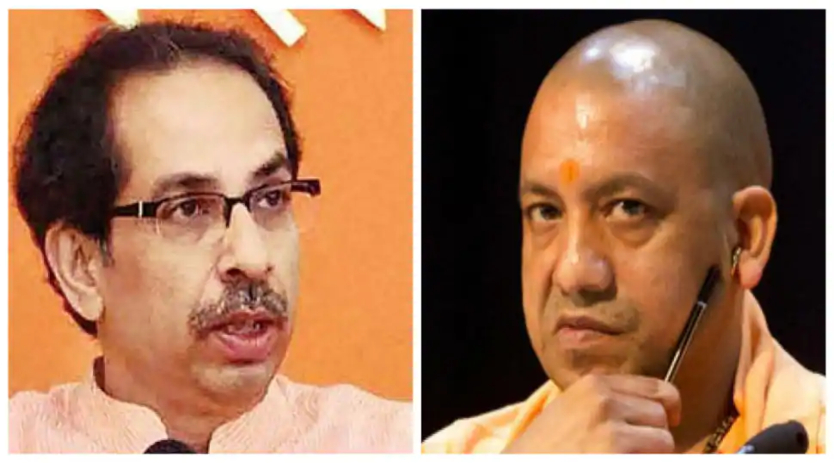 Will This Yogi Snatch The Thrones Of Others?

In the wake of mounting problems faced by migrant laborers across the country, Uttar Pradesh Chief Minister Yogi Adityanath has decided to set up a commission to ensure jobs and financial security to them.

He also made it clear that any state wanting migrant laborers from Uttar Pradesh has to seek the state government’s permission.

So, what could be the implications of this step taken by Yogi?

This will galvanize other state governments to provide jobs and financial security. If they don’t do this, states like Maharashtra, Rajasthan, Punjab, Tamil Nadu, West Bengal and Delhi, will face huge labor shortage problems, which will be detrimental to their economies and political future of their governments.

The left-liberal cabal already are making a constitutional issue of right to free movement and business. Of course, the states cannot restrict these rights, but if they provide jobs and financial security, the labourers will not think of migrating to other states.

The very reason for them to migrate was lack of jobs and financial security provided by their respective governments in the past.

If Yogi’s plan is implemented in every state, problems related to city congestion will be solved to a great extent. It will also result in development of small towns and rural areas. These towns can act as centres of demand for agricultural produce for villages in their close proximity. This would save logistical costs of farmers and increase their incomes.

The towns also can act as centres for production and distribution of goods and services to their rural region, which would reduce reduce costs and improve access to a variety of services for rural households and enterprises.

The towns can become centres for growth and consolidation of rural non-farm activities and employment, through the development of small and medium-sized enterprises or through the relocation of branches of large private enterprises.

These are some of the implications of Yogi’s decision. But, to start of with, does Uttar Pradesh has the potential to provide jobs to the migrant laborers, who have just returned in the wake of Covid pandemic?

The Yogi government has taken several steps for developing Uttar Pradesh, which has continued to provide jobs to millions of people.

The summit resulted in Uttar Pradesh receiving investment proposals worth Rs 4.68 lakh crore, out of which 371 projects have already been implemented. This will generate more than 33 lakh direct and indirect job opportunities.

The government is all geared up to hold 2020 Uttar Pradesh Global Investors’ Summit, which would accelerate the pace of industrialization in the state.

The government also is working on building 12 new airports. As of now, Uttar Pradesh has nine cities connected to the air grid. Before 2017, the state had two airports, but in the last three years, seven more airports have been built.

The government has initiated construction work of metro in Kanpur and Agra. It has also taken up the Jewar International Airport, which has the potential of acting as a catalyst in transforming the fortunes of National Capit Region. This will give enough scope of jobs and employment to millions of people and global recognition to Uttar Pradesh.

A plethora of irrigation projects – Bansagar, Arjun Sahayak, Bhavani, Bandai Dam, Saryu Canal, Madhya Ganga Canal – have been initiated, which will not only benefit 50 lakh farmers, but also provide jobs to people.

These are some of the steps taken by Yogi’s government, along with the latest plan to provide job security to migrant laborers, would go a long way to solve many city-related problems in the country.

Media Games: BARC, A Classic Case Of Conflict Of Interest