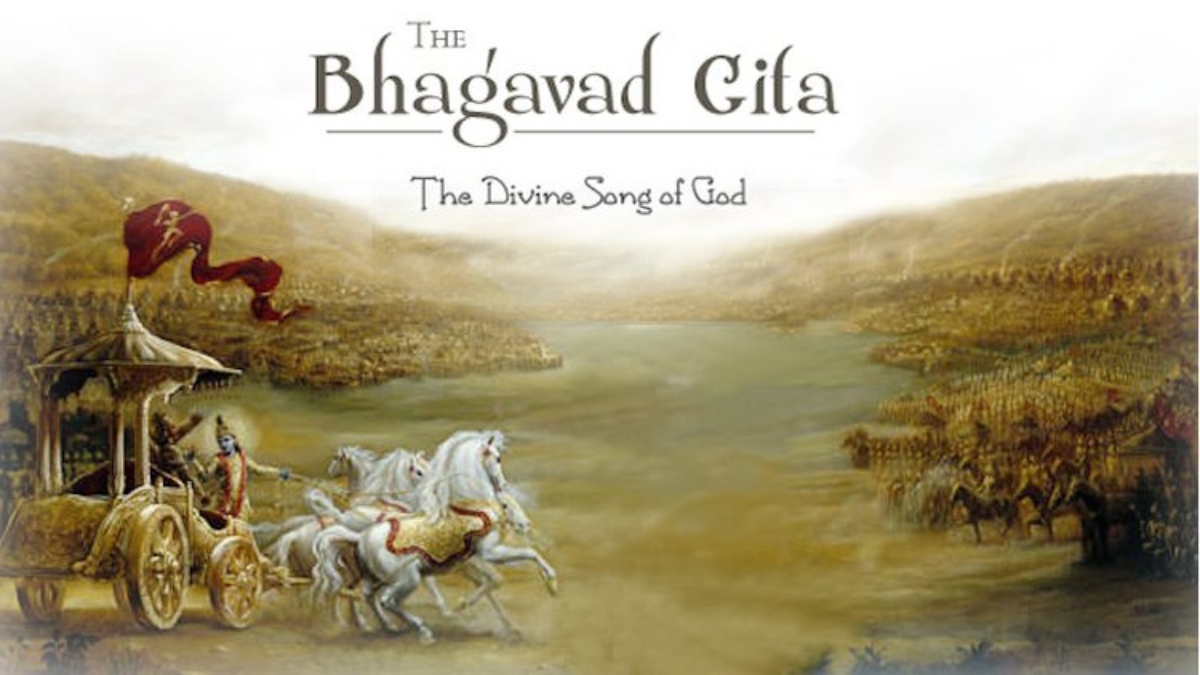 Zainab’s Gita Remark Is Utter Rubbish, And Here’s Why

The so-called political observer Zainab Sikander Siddiqui writes in The Print: “No one mentions the verses that follow because then the Islamophobic agenda would be lost. In Verse 193 of Chapter 2, God says: “And fight them until there is no more oppression and the religion is for God, but if they cease, then no aggression is permitted except against the transgressors.”

How is this any different from Lord Krishna telling Arjun in the Bhagavad Gita to fight as his dharmic duty?

Wow! And yet, she hasn’t been beheaded as of yet, and that’s the beauty of Sanatana Dharma.

Dharma … This literate illiterate writer must know the equivalent of the word “dharma.”

And for Mr. Shekhar Gupta, being the editor of The Print, should have this ‘naughty’ writer about dharma? Looks like The Print is fulfilling its obligation to embrace fake news in their war on Prime Minister Narendra Modi. Why Modi? Just because he supports French President Emmanuel Macron for his fight against the radical Islamists following the beheadings in France by Islamist fundamentalists.

The Meaning Of Dharma

Dharma’s equivalent is righteousness, not religion. Mahabharat was a war between right versus wrong. Unlike the Quran which cajoles Muslims to slay disbelievers (kafirs) till they convert (9:5).  The moderate Muslims may jump into an argument to blunt the exact interpretation of this verse, but their arguments don’t matter much, for they are kafirs in the eyes of ISIS lords and radical Islamists.

The Gita is not a religious book, its teachings are applicable to humankind, unlike Quran and Bible. It doesn’t divide the world into Momins (Believers) and Kafirs (Non-Believers).

Lord Krishna did not ask Arjun to fight a war against Duryodhan over a cartoon or rejecting Him as God.

Or for that matter, has Zainab seen killer gangs with Gita, Bible, and Torah, sporting scruffy beards and smelly mouths with AK47s and swords, killing their own Muslim brothers and others in the name of religion?

Religion …. Does Zainab knows that Hinduism is not a religion, but a way of life?

Unlike other religions, Hindus do not claim anyone Prophet and worship any one God. They do not believe in any one philosophic concept and do not follow anyone’s act of religious rites or performances. If there are five people in one’s family, each one can worship the God of his choice, or not worship anything, and still be a good Hindu. So a person is a Hindu irrespective of what he believes or doesn’t believe.

In fact, the Supreme Court also has endorsed this.

Besides this, Zainab claims that 9/11 ushered the age of wars based on religious ideology, which is an absolute lie. A series of religious wars was first launched by Pope Urban II on November 27, 1095. The Pope had called all Christians in Europe to fight against Muslims for reclaiming The Holy Land in the Middle East. There were, altogether, eight major Crusade expeditions carried out between 1095 and 1291.

Moreover, the conquest of Sassanid Persia (Iran, Iraq, Syria, Central Asian states, Georgia, and many other states), was the result of religious war. These bloody wars resulted in the burning and destruction of Zoroastrian and Hindu scriptures and temples.

Sunan An Nisai 1:25:3177 explicitly promises that anyone who conquers India and the Hindus will be free from the fires of hell.

Putting the Gita among Quran, Bible, and Torah, is in itself an intellectual bankruptcy. Yes, but what can we expect from that rag called The Print? Rubbish …