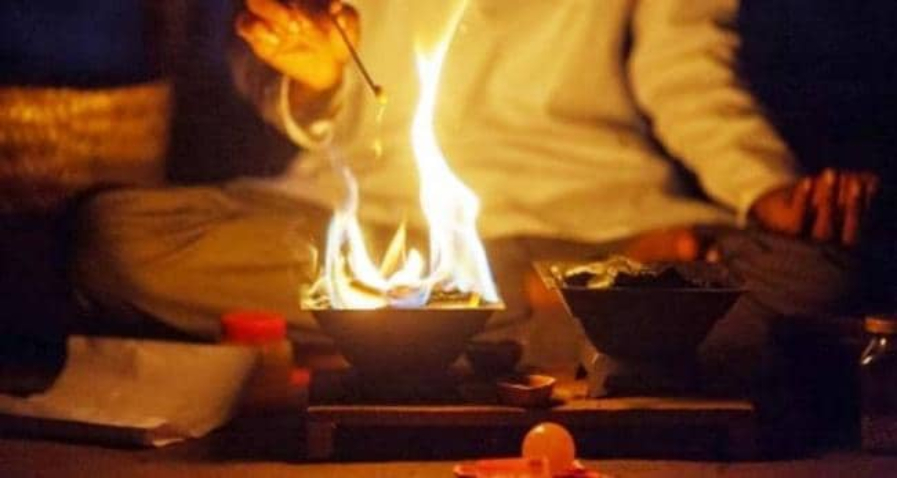 Friends, I shall give a very important information on Chinese virus and how should we deal with it.

But, before giving an explanation, I would like to tell you an interesting story which was widely reported in international media.

Friends, you are all aware of Bhopal gas tragedy in 1984. The tragedy saw many people killed in one part of the city.

But, there were four to five families living near the Bhopal railway station remained unaffected by the poisonous gas that surrounded them.

People were surprised at this fact. Media visited the surviving families and gave wide publicity, which prompted researchers from Russia, Germany and Poland to descend on the city to find out the causes for their survival. The scientists of the Indian Defence and Research Department also evinced interest in the research.

The scientists came out with their findings. They said the families survived due to Agnihotra Homa done by them at the time of the gas leak.

It was also said that they had been doing it regularly in the past. Subsequently, many tests were conducted and a model was evolved to get maximum benefits.

Now, let us understand what happens during agnihotra homa?

The visible organisms present in house like cockroaches, lizards and spiders disappear after some months of practicing Agnihotra.

Also, fermentation of idly batter is not effective even during peak summer season. The only plausible explanation is that the complete wiping out of the yeast in the air by this homa.

Now, let us try to answer the crucial question – Does this Homa kill viruses such as Chinese virus?

The researches have found out that the smoke of agnihotra homa has medicinal ingredients, which removes biological, chemical and physical pollutants in the air.

The biological pollutants are pathogenic bacteria and viruses present in the atmosphere around us.
Several studies have confirmed a drastic reduction in the bacterial count to less than 10 per cent after 12 hours of doing the Homa, by which time the next round of the same Homa must start.

In the case of Chinese virus, it is observed that the virus has a membrane which protects it, and if this is damaged, it cannot survive. Soaps and alcohol-based sanitizers are therefore recommended for killing this virus.

Now, can Agnihotra damage the membrane of the virus?

His research shows that Agnihotra Homa does produce hydrocarbons in the air that undergo partial oxidation and produce alcohols that are similar to the alcohol-based liquid hand sanitizers that are recommended for inactivating the Chinese virus.

Hence, it is reasonable to conclude that regular performance of Agnihotra Homa at a gap of 12 hours every day ensures continuous fumigation of the air around thereby preventing the threat from harmful viruses such as Chinese virus.

Blood Of Dalit Hindus On The Hands Of Mamata Di

Why Arab Nations Are Not Breathing Fire Over Israeli Attacks On Gaza?