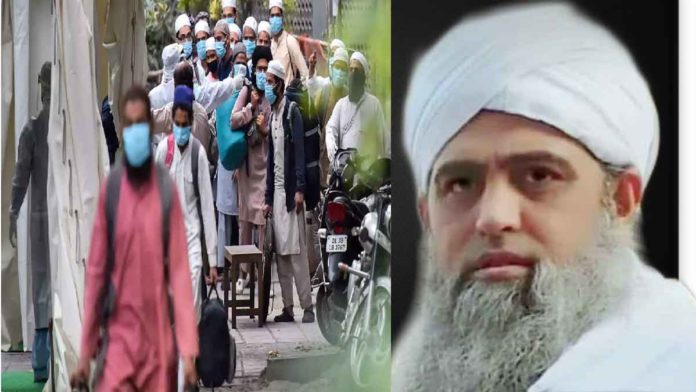 As atleast 400 coronavirus cases have emerged across the country now that can be linked to those who attended the Tablighi Jamaat congregation in the Nizamuddin area of Delhi early March, the chief of the Jamaat, Maulana Saad is still in hiding.

However, he has reportedly released an audio clipping now, informing everyone that he is in home quarantine and advising all Muslims to stay indoors, take care and follow the instructions of authorities and doctors! He has also said that coronavirus pandemic is a calamity sent by the God, it is the wrath of God. This is quite a u turn as just a day back, he had reportedly issued another audio clip in which his stance was exactly the opposite. In that particular clip, Maulana Saad was rather instigating his followers to ignore whatever the authorities, the government, everybody else are saying about the coronavirus. He had said that asking for the closure of mosques to prevent coronavirus is akin to a conspiracy to prevent Muslims from practicing their faith. And all Muslims should unite against this conspiracy. And if indeed one has to die, if that is Allah’s wish, then what better place to die than a mosque! Maulana Saad Kandhalwi has been booked by the Delhi police under the Epidemic Disease Act and other sections of the Indian penal code for violating orders on religious gatherings. . He is believed to have been last seen on March 28. The new audio message by Maulana Saad is certainly a u turn to evade police action. The previous audio message asking people to defy government orders and crowd in mosques is a gross abuse of his powers as a religious leader, instigating millions of those who blindly follow him to endanger their lives by defying government orders and visiting mosques in large numbers, while he is himself hiding somewhere indoors, safely! And it is even more baffling that some sections of the media and so called intellectuals are still trying to defend Tablighi Jamaat and Maulana Saad. There is a lot of international research literature that provides ample evidence with regard to the jihadist underpinnings of Tablighi Jamaat, that even if the jamaat is not directly involved in asking people to kill for jihad, it becomes a convenient cover up ground for members of various terrorist groups to recruit new people.