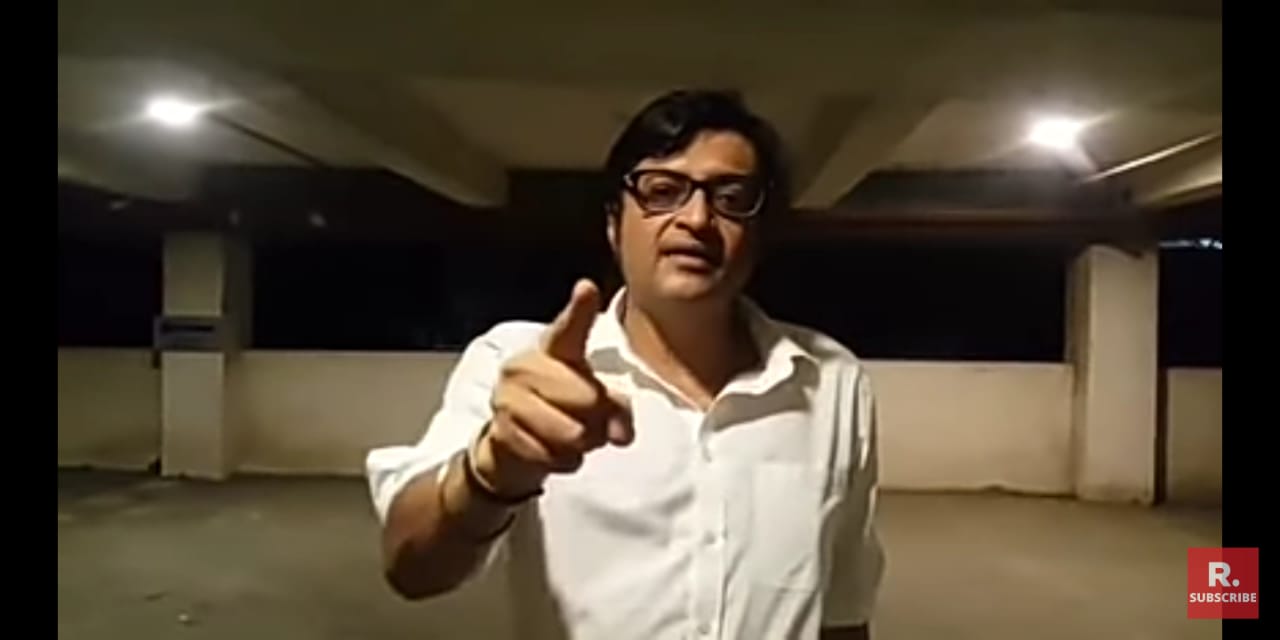 “DCP Abhinash Kumar was reluctant to name Youth Congress in the FIR, who instead said he would instead carry out an investigation to find out whether the Congress party was involved in the attacks,” Arnab said.

Arnab alleged that the police refused to name the goons, though they initially acknowledged that they were Youth Congress members who had attacked him.

“This was a clear U-turn and an attempt to change the facts,” Arnab said. Later in the night, Arnab had gone to the nearby police station to file a complaint.

“I went to NM Joshi Police station at 3:30 AM and was shocked when DCP lied to my face saying that the Youth Congress attack on me was not known to him and that he will have to investigate the matter,” Arnab said.

In a video later, Arnab went on to hold Sonia personally responsible for the attack while asserting that neither he or his network will be cowed down by the attack.

He said and I quote: “I just want to tell you Sonia Gandhi, you are the biggest coward in the country right now. You (Sonia Gandhi) tried to carry out an attack against me when I was driving back from work. You have no guts,” said Arnab Goswami while holding Congress interim-chief Sonia Gandhi for attacks against him and his wife.

“I will hold you personally responsible for any consequences and any attack on me. If anything ever happens to me, it is Sonia Gandhi and Vadra family, who cannot take my questions, are responsible,” he added.

Arnab Goswami asserted that he has the support of the people of the country and challenged Sonia Gandhi asking her to “Bring it on”.

In a shocking incident, Arnab Goswami and his wife’s car were attacked by two bike-borne assailants in the intervening night of April 22 and 23, after his regular edit call post the 10 PM debate.

The assailants overtook Arnab’s car and stopped their bike. As he tried to avoid them and drive away, the men began hitting on his car’s window, in an attempt to break it.

Arnab then attempted to escape the attackers by driving to his left, but the Congress goons began throwing liquid-filled bottles at his car. He ultimately stepped on the gas and swerved his car away from the spot.

The duo was then ultimately caught by his security personnel, who were following behind him.

The security detail informed him that the attackers belonged to Youth Congress workers, who confessed that they were given instructions by their higher-ups to carry out the attack.

Arnab had questioned Congress President Sonia Gandhi over her silence on Palghar mob-lynching in which two Hindu Sadhus and a driver were killed by an unruly mob.

Arnab had questioned if Christian paadrees were killed, instead of Hindu sadhus in the horrifying lynching incident in Palghar, she would have maintained silence?

After the attack, Arnab went to the nearby police station to file a complaint, but Mumbai police allegedly refused to name the Youth Congress attackers in the FIR.

Journalists and Editors Guild of India, who identifies themselves as neutral, should come out in the open and condemn the attack, if not shut the this theatre of drama, where fake news and anti-India elements rule the roost.