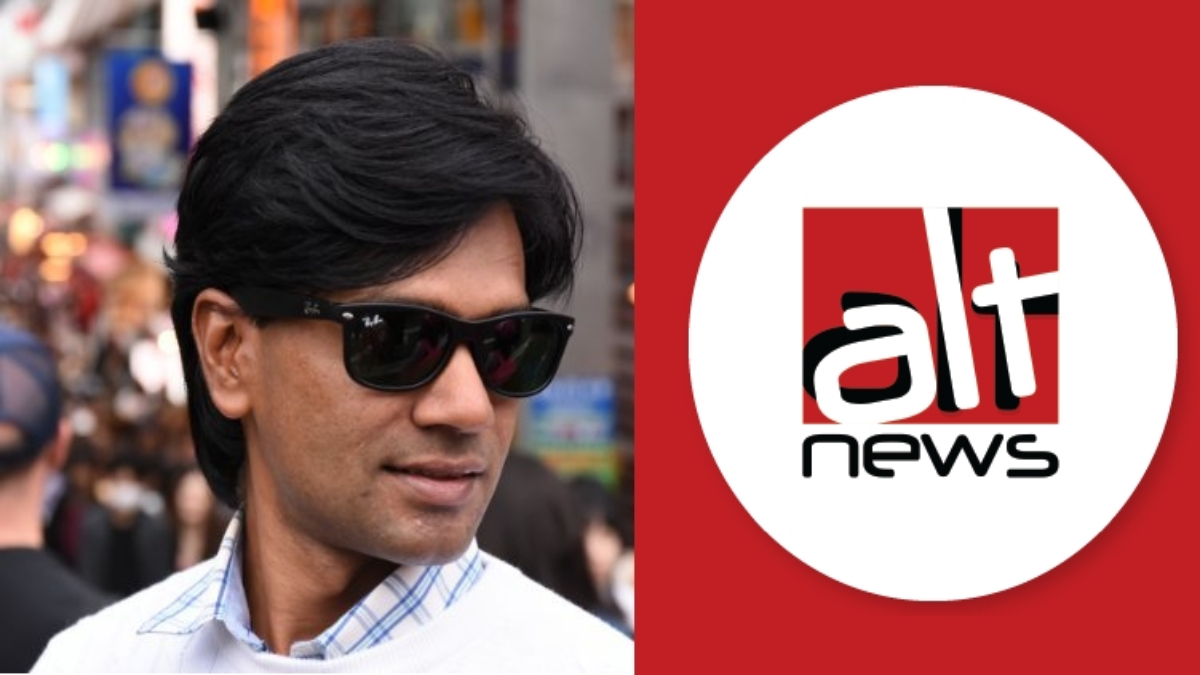 FIRs Against AltNews Co-Founder For Doxxing

This is not the first time, AltNews is accused of doxxing individuals who hold alternative political views. They do this to deliberately put people’s lives at risk from Islamists.

AltNews resorts to doxxing to silence the critics of Radical Islam and their followers. Their modus operandi is to expose them to Radical Islamists who bombard individuals with hate and threats, which compels them to resort to self-censorship, out of fear.

AltNews is a so-called fact-checking website which has gained a reputation amongst right-thinking individuals as a mouthpiece of Islamists. It regularly spreads fake news, obfuscates truth, concocts details to shield Islamists and sometimes.

The website makes their propaganda far more palatable to their already gullible Muslim readers with the help of the ecosystem. It employs varied methods to exonerate Muslim perpetrators by subtly peddling Islamic propaganda.

Most of the time they use their fact-checking website to whitewash the crimes of Muslims and falsely accuse Hindus of guilt.

They whitewashed the crime committed by Zahid and Aslam, who had killed a three-year-old in Aligarh last year. They were also accused of brazening out the brutal terror attack in Sri Lanka.

Related Article  It's Nothing But An "AAP-Sponsored" Hindu Massacre!

The website also collaborates with foreign leftwing media to whitewash Islamist crimes. Its Co-Founder Pratik Sinha helped “The New Yorker” to downplay Balakot strikes in a bid to authenticate the Pakistani, not Indian version.

Recently, Sinha tried to whitewash Tablighi Jamaat’s crimes during the Coronavirus pandemic. He misled NPR, a US media organisation, saying that the right wingers were circulating fake videos to insinuate Indian Muslims for spreading Coronavirus.

On the contrary, the Muslim community had flouted lockdown norms, attacked police and healthcare workers and engaged in despicable behaviour against lady doctors, which Sinha tried to brazen out.

Raipur SP Yadav said FIR was filed against Zubair after receiving complaints from complainant Jagdish Singh and NCPCR in separate letters. During the examination, the police found comments made by Zubair as online harassment.

The complaints sent by NCPCR refer to a tweet shared by Zubair on August 6, which had the photo of a minor girl, with her face blurred out, during an online spat he was having with her father.

On August 7, Zubair indulged in an online spat with Jagdish Singh on Twitter.

Instead of replying to Singh directly, he blatantly doxxed a profile picture of a minor girl, who presumably is his granddaughter.

Zubair had highlighted the minor girl’s photo, after which, radical Islamists began to issue rape threats to her. This created a storm on social media with people accusing AltNews Co-Founder for dragging the girl into the spat.

The National Commission for Protection of Child Rights, on August 8, took cognisance of the issue and initiated action against Zubair by issuing notice to Twitter India.

After it found the reply unsatisfactory, the commission summoned Twitter India’s Senior Manager (Policy) to appear before it on September 4, 2020.