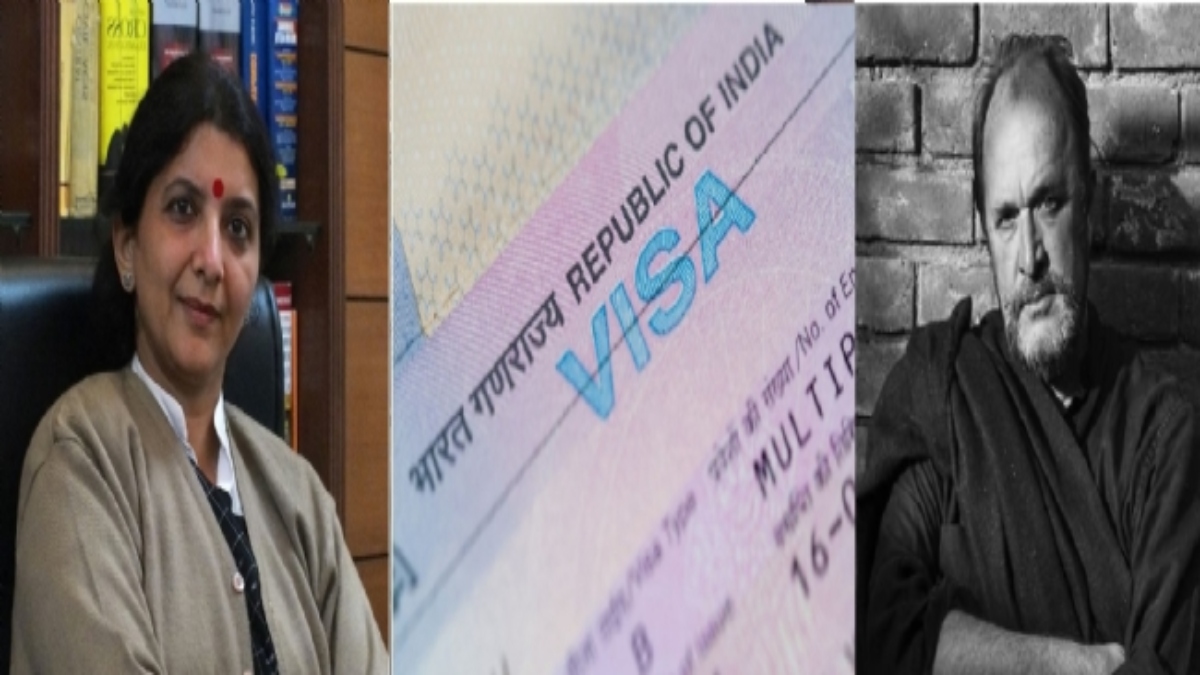 In the past, foreign nationals Jakob Linthendal, Janne Mette Johansson and Afsara Anika Meem were asked to leave India.

What was their crime that the Indian government had to ask them to leave the country?

Jakob, a German physics student, was asked to leave India by immigration authorities due to his engagement with anti-CAA protests in Chennai.

Jakob, in December last, had held a placard equating the Indian government’s practices with those of Nazi Germany. It read: “1933 to 1945 — we have been there.”

Janne, a Norwegian national, was also asked to leave India for similar reasons and violating visa norms. She had commented in a Facebook post that she had participated in the “Peoples Long March” against the CAA in Kochi.

Afsara, a Bangladeshi student at Visva-Bharati University since 2018, also was asked to leave the country in February for taking part in anti-CAA protests in Kolkata. She had posted a couple of pictures on her Facebook account.

All these three foreign nationals were found violating provisions under subsection (2) (c) of Section 3 of the Foreigners’ Act 1946.

Yet another high-profile foreign national and Left-Wing self-proclaimed historian William Dalrymple has been found violating these norms.

He has been actively canvassing against CAA, peddling half-truths, commenting against the Indian Government and making snide remarks against Indian citizens.

There are several statements and articles that Dalrymple has written, attacking India’s integrity, sovereignty and displaying a blatant bias against a democratically-elected government.

Dalrymple also has voiced his support to Kashmiri separatists and expressed his opposition to the abrogation of Article 370.

He is also accused of stopping the publication of a book on anti-Hindu Delhi riots – “Delhi Riots 2020: The Untold Story”.

The authors of the book have filed a criminal case against Dalrymple in Delhi on September 3, accusing Bloomsbury and others of conspiracy to stop the book and also leak the PDF copy illegally.

The case is under investigation.

Taking cognisance of anti-India activities of Dalrymple, senior Supreme Court Advocate and one of the authors of the book, Monika Arora, has filed a complaint with the Consular, Passport and Visa Division of Ministry of External Affairs against him.

In her complaint, Monika Arora has charged him with violating Visa conditions by engaging in activities interfering in India’s internal affairs.

Dalrymple is a Scottish national who holds a Indian Business Visa and does not have any rights under the Indian laws to indulge in anti-India activities.

If the Lutyens brigade stands up for him, they should have courage to do similar activities in Scotland and find for themselves how they would be treated in Dalrymple’s country. Period.