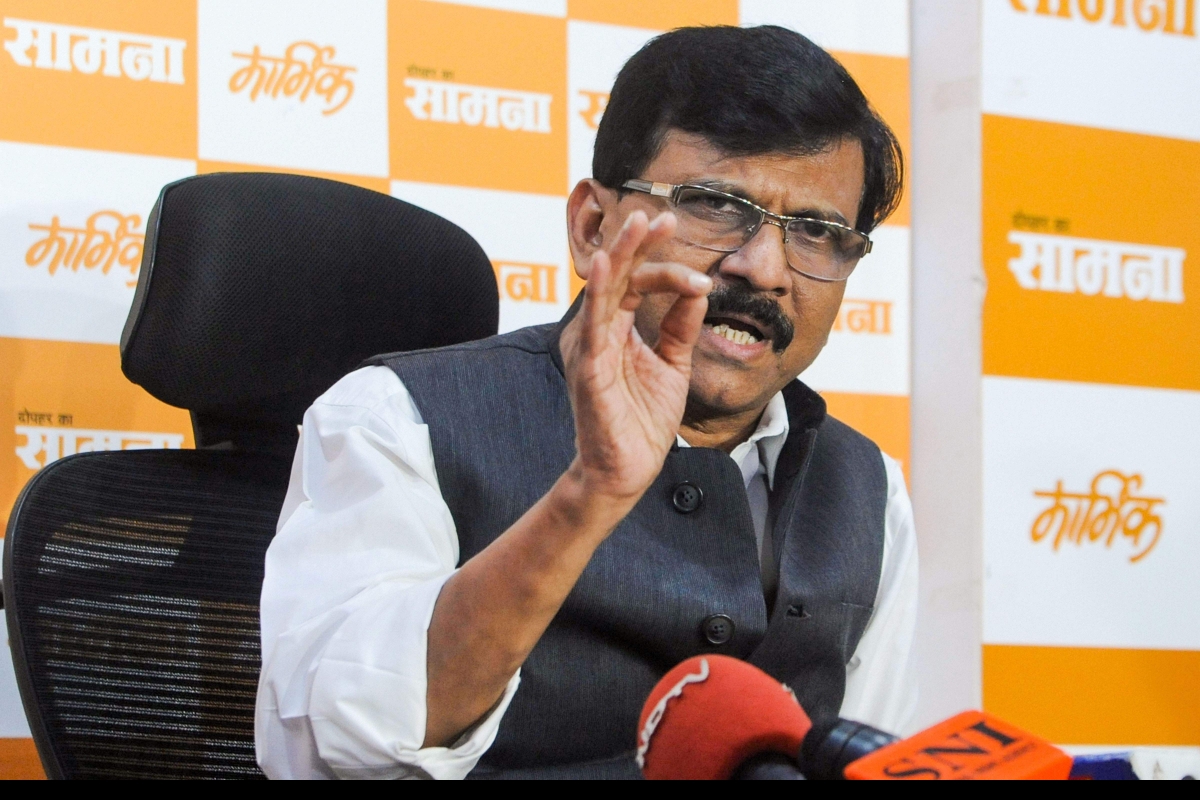 The Lala gang was very powerful. In 1981, it had killed Dawood’s elder brother Shabir that gave rise to a gang war.

The warring factions lost more than 12 of their key members, including Lala’s nephew Samad Khan and younger brother Rahim Khan during the seven years gang war.

The warring gangs, in September 1987, put an end to the standoff. Thereafter, Dawood and Lala’s clans attended each other’s family functions, including marriages and birthday parties in Dubai and London.

Raut also alleged that Lala decided appointments of Mumbai’s City Commissioner and postings in the state secretariat.  He also claimed that the entire secretariat would meet don Haji Mastan when he was in town.

Reacting to Raut’s claims, Congress leaders Milind Deora and Abhishek Manu Singhvi flayed him for his deplorable comments. Thereafter, Raut, to save the tri-party coalition government in Maharashtra, retracted his remarks.

A picture of Indira Gandhi with Lala dated 1973, however, has gone viral on social media.

Vohra Committee Report Says It All
These claims are serious and raise many questions over the nexus between Congress and underworld dons, even after the death of Indira Gandhi.

The Outlook magazine, in February 1996, had published an article, quoting from documents submitted to NN Vohra Committee by the Ministry of Home Affairs, established the murky link between Congress and the underworld.

The committee, after 1993 Bombay blasts, was set up to take stock of all available information about the activities of the crime syndicate and mafia organisations which had developed links with and were being protected by government functionaries and political personalities.

The Home Ministry had collected considerable information on the links between Congress politicians and the underworld. The details of this investigation were submitted to the Vohra Committee.

The report talks about the nexus between Dawood Ibrahim and former Maharashtra Chief Minister Sharad Pawar.

It also talks about Mool Chand Shah alias Choksi, who had transferred or paid Rs 72 crore to Pawar between December 1979 and October 1992.

Not only Pawar was the beneficiary, but also many other Congress leaders were paid by Choksi. In one of the installments, Choksi had paid Rs 5 crore in 1991 to Pawar. The sum was reportedly transferred from a Middle-Eastern country through the hawala channel for election purposes.

The report also reveals that Choksi was in regular touch with Pawar until a few months before the Bombay blasts.

Choksi also had funded Tiger Memon with Rs 2.5 crore for the blasts and was arrested under TADA on May 4, 1993,

The report also names Usman Ghani, an accused in Bombay blasts case, who siphoned off black money of top politicians and film stars like Dilip Kumar and Feroz Khan, through hawala conduit to foreign accounts.

The report also mentions Choksi’s involvement in the Jain hawala scandal. Name of a Delhi-based hawala dealer Shambhu Dayal Sharma, who was arrested in 1991, also finds mention in the report. Subsequent interrogations led CBI to raid JK Jain’s property, where it found the infamous diaries.

Sharma came into limelight in May 1985 when he allegedly acted as a conduit for Choksi in a Rs 3-crore payoff to Arun Nehru, the then internal security minister.

Despite his illegal activities, Choksi used his political clout to revoke his detention order issued by the Maharashtra government in March 1989.

The order was revoked by then Home Minister Arun Mehta, a close confidant of Pawar. For this, he and other politicians were paid Rs 2 crore by Choksi.

On yet another occasion, Choksi used his political connections to get bail in one of the hawala cases in November 1990.

He also once dropped former Prime Minister Chandra Shekhar’s name during an interrogation. He said he could not be kept under detention for long because of his high political contacts.

The report also mentions Gujarat politicians having links with the underworld. Among those named is the then chief minister, late Chimanbhai Patel, and AICC General Secretary Ahmed Patel.

The report had all the information, but Congress dumped it. The delays resulted in the now-public 12-page report sans the vicious nexus between politicians and underworld dons.

So, what should one tell those who support Congress, but pity for being blinded by these explosive revelations?