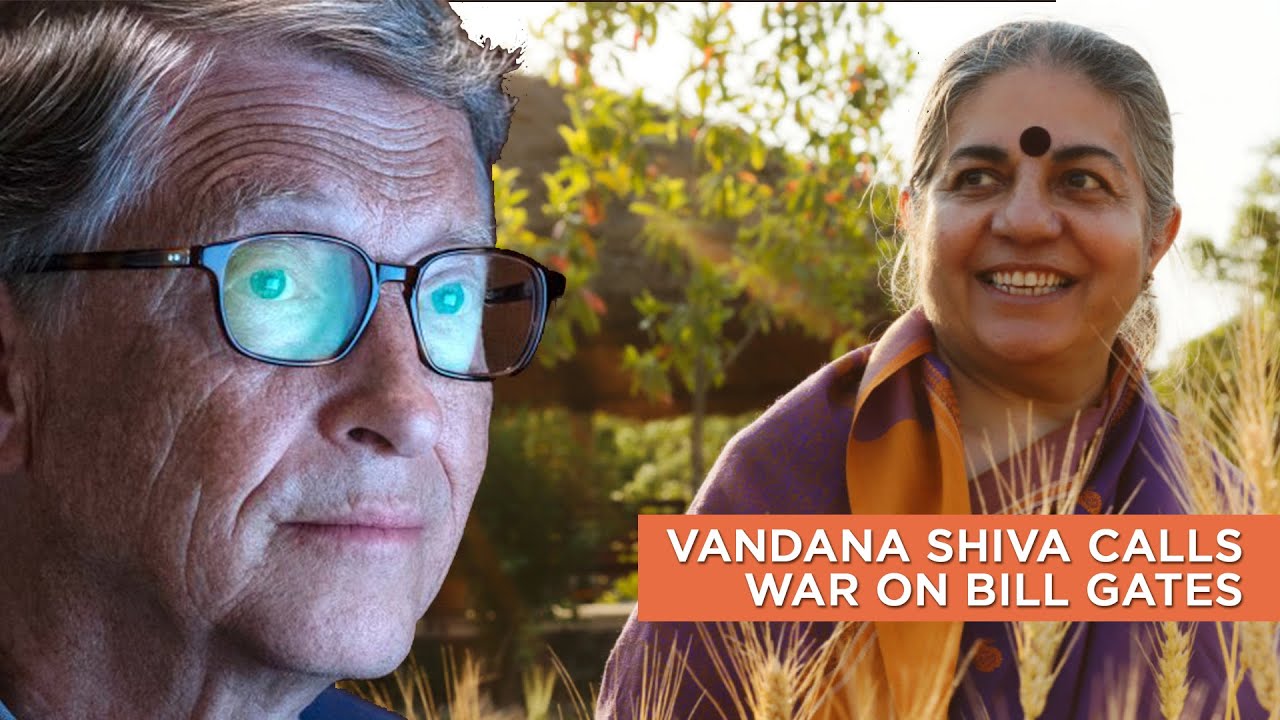 Of late, Prime Minister Narendra Modi has been appreciative of the health-related work being done by Gates Foundation not only in India, but also in many other parts of the world, including for coordinating global response to COVID-19.

He also sought suggestions from Bill Gates on how India’s capacities and capabilities could be better leveraged for the general benefit of the world.

The Prime Minister also India would be happy to contribute to an analytical exercise of addressing post-covid challenges.

This bonhomie between Prime Minister and Gates is hard to digest in the light of his government asking the computer czar and his vaccine policies to leave India, in 2017.

The doctors then had blamed the Gates campaign for a devastating non-polio acute flaccid paralysis epidemic that paralyzed 4.90 lakh children beyond expected rates between 2000 and 2017.

Among the most caustic critics of gates and his foundation has been Vandana Shiva, a world renowned environmental activist.

Vandana calls Gates a thief, who is continuing the work of Monsanto. She accuses corporate giants like Monsanto and Dupont of wanting to control world’s seed supply through genetic engineering and patents by writing the World Trade Organisation’s intellectual property rights treaty.

She also accuses Gates Foundation of pushing a vision of agriculture based on GMOs and the use of fertilisers in Africa through its Alliance for a green revolution (Agra) project.

Agra’s objective is to double the income of 20 million smallscale farmers and halve food insecurity in 20 countries by 2020.

Vandana says the areas where genetically engineered crops are the most concentrated are the highest rates of farmer suicides recorded.

More than 1.82 lakh Indian farmers have committed suicide from 1997 to 2007, due to crop failures and excessive debt from purchasing expensive pesticides and GM cotton seed.

GMOs are intrinsically linked to Intellectual Property Rights, which in turn are linked to royalty payments, she says and adds, royalties are extracted from poor farmers through credit and debt.

Monsanto was collecting Rs 700 as royalty for a 450 gm packet of seed costing Rs 1600, and the shift to BT cotton meant a jump of 8000 per cent in the cost of seed, which was the root of the farmers’ distress in the cotton areas of India.

The small farmers have been driven to committing suicides because of a debt trap created by a corporate-driven economy of greed that profits from selling them costly chemicals and non-renewable seeds.

Therefore, farmers’ suicides started in a context of seed monopolies and destruction of alternatives. The systematic wiping out of non-BT alternatives from the market and the aggressive marketing of BT cotton has created a monopoly, she says.

It is not profits, but deliberate destruction of alternatives that have pushed farmers into the BT cotton trap, and as a consequence, into the suicide trap.

Farmers’ varieties are displaced through the very clever strategy termed as seed replacement.

She also says BT cotton is also destroying soils, which has destroyed 26 per cent of micro-organisms in soil.

The Monsantos and Syngentas and others, are exons of agriculture, which are driving the language of genetic engineering crops, Vandana said.

Therefore, there is a need for getting out of the toxic economy and politics, and turn to biodiversity and the earth.

Crops produced through toxics have an ecological alternative, Vandana said. “For chemical farming, we have organic farming. For chemical fibres, we have natural fibres. Everything that we do with the earth protects the earth, reduces the pollution, creates more meaningful work and increases democracy,” she points.

Navdanya, a farm she cultivates, conserves and grows 630 varieties of rice, 150 varieties of wheat and hundreds of other species.

The farm practices and promotes a biodiversity-intensive form of farming that produces more food and nutrition per acre.

Navadanya also helps farmers make a transition from fossil fuel and chemical-based monocultures to biodiverse ecological systems nourished by the sun and the soil.

In other words, Vandana is saying all emergencies are rooted in a mechanistic and militaristic worldview of humans as separate from, and superior to other beings, who can own, manipulate and control. It is also rooted in an economic model based on the illusion of limitless growth and limitless greed, which systematically violates nature’s integrity.

“As forests are destroyed, as farms become industrial monocultures to produce toxic, nutritionally empty commodities, and diets become degraded through industrial processing with synthetic chemicals and genetic engineering in labs, people connected through disease,” she says.

There is a need to deglobalize the food system which is driving climate change, disappeareance of species and a systemic health emergency, she says.

Biodiversity of the mind must replace the monocultures of the mechanistic mind which see life’s diversity as the enemy to be exterminated, she adds.

Hence, there is a need for a paradigm shift from the industrial age of separation, greed and disease, to the age of a planetary civilisation based on planetary consciousness that we are one earth family, Vandana says.

Is The Q Plan Unfolding To Save Trump’s America?