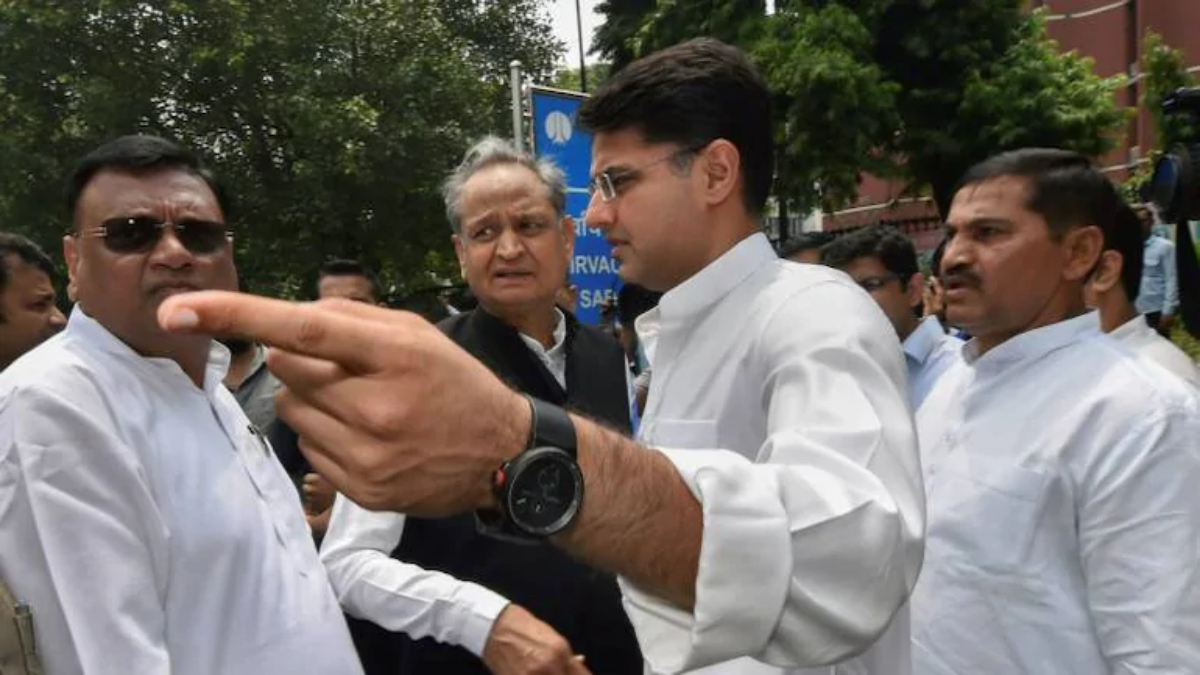 Cong May Do Well To “Pilot” Sachin Deftly, Before Raising Fingers At BJP

If answered in the right frame of mind, people would be spared of the non-sense Randeep Singh Surjewala belts out at press conferences. His motto is to hold BJP responsible for anything bad in the Congress. He attacked BJP for “horse-trading” and “destabilising” Rajasthan government.

Perturbed over sidelining him state election, Pilot has taken the fight to the Gandhis’ camp. He has triggered a political storm in Rajasthan by claiming that the Gehlot government has been reduced into a minority as over 30 legislators are supporting him.

Gehlot claims he has support of 106 and Pilot 30 MLAs. BJP has 72 plus 3 (75) MLAs from its ally Hanuman Beniwal’s Rashtriya Loktantrik Party. Three Independent MLAs are under the radar of the Anti-Corruption Branch and are not supporting the Congress anymore. Halfway mark for the majority in the 200-member assembly is 101.

So, the numbers are stacked against the Rajasthan government and Gehlot is staring into losing his chief ministerial seat.

But, who is responsible for this?

The Gandhi loyalists can take a leaf out of some senior Congress leaders statements of late. Abhishek Manu Singhvi, Kapil Sibal, Jairam Ramesh and Shashi Tharoor, feel that the party has failed to read the pulse of the nation.

The pulse of the nation is that people no longer vote for dynasts. This was reflected in 2019 Lok Sabha election results. The Congress High Command does not give free hand to their regional leaders to lose their control over them.

This age-old strategy has worked wonders for the party in bygone days when it did not face any challenge from the opposition at the centre.

The political matrix, now, has changed with the growth of BJP. The disgruntled satrap leaders have an alternative option of joining the BJP. Jyotiraditya Scindia was the last Congress satrap who deserted the Congress and joined BJP along with his loyal MLAs to bring down the Gandhi-backed Kamalnath government in Madhya Pradesh.

Years ago, Congress had lost powerful satraps Sharad Pawar in Maharashtra and Mamata Banerjee in West Bengal. These losses have been extremely costly for Congress. It lost West Bengal and does not have any hope to return to power in the ensuing West Bengal election. In Maharashtra, the party is playing second fiddle to Sharad Pawar, who has the reputation of a breacher.

Sometimes back, former Haryana Chief Minister Bhupinder Singh Hooda had challenged the authority of the Congress by serving an ultimatum to acknowledge his claim as chief ministerial candidate else he would chart his own way.

The Gandhis, however, propped up Randeep Singh Surjewala, who does not have any ability to win in his Jind constituency.

Miliind Deora in Maharashtra, Jitin Prasada and RPN Singh in Uttar Pradesh, and Bhupinder Singh Hooda’s son Deepender Hooda in Haryana are desirous of having a greater say in running the state unit of the Congress.

So, what is the way out?

In fact, whenever Congress gave free hand to the satraps, it has gained. Tarun Gogoi in Assam and Captain Amarinder Singh in Punjab are best examples for the Gandhis.

This is plausible advice, but, will Pappu take it?